SONIC The Hedgehog is the latest adaptation of the popular video game – but the film doesn’t quite live up to the energetic fun of this iconic Sega character.

It hasn’t been an easy trip to the big screen for this movie. 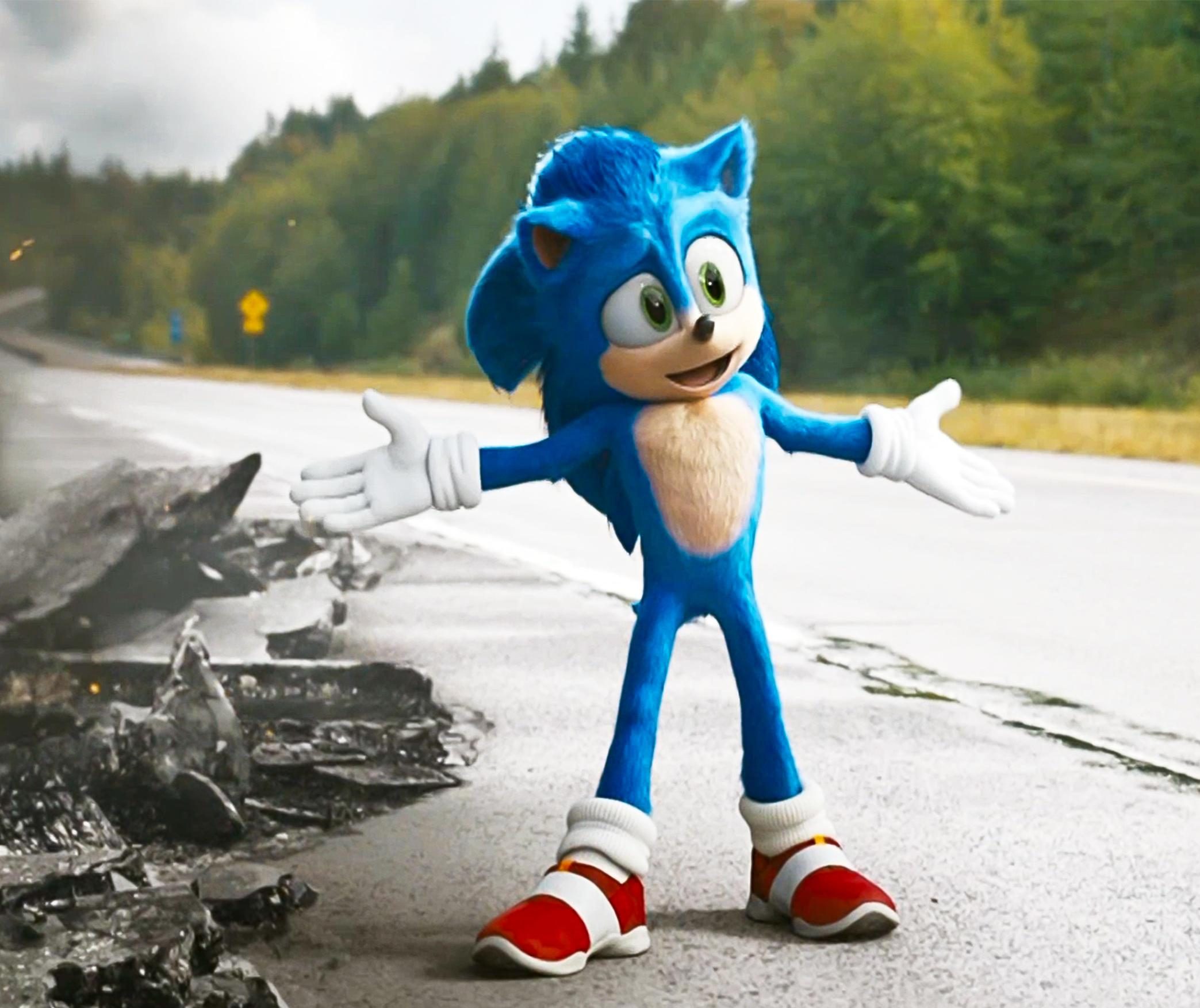 When the first trailer was revealed, the hedgehog’s look (specifically his teeth) was mercilessly mocked online.

Director Jeff Fowler — making his feature debut — announced that animators were going back to the drawing board and the release date was moved from November 2019 to today.

The story introduces the blue speedster as a young orphan, sent from his dimension to Earth using magical rings to hide from those who want to nick his powers.

Ten years later, the teen hedgehog is hiding out in the small town of Green Hills, Montana.

But after causing a power surge, he becomes the target of the government and a villainous scientist called Dr Robotnik (Jim Carrey).

Sonic soon teams up with local sheriff Tom Wachowski (James Marsden) to evade capture and find a new world to hide out on. Who Framed Roger Rabbit really set the standard for the live-action/­animated movie.

There’s barely been a film since that has measured up to it, Sonic The Hedgehog included.

There are definitely fun elements to this buddy comedy/sci-fi/road trip movie that kids will enjoy.

But as it’s a pretty ludicrous concept in the first place, it would have been great if the story had been pushed in a more surreal direction than silly.

Instead, we get some lacklustre scenes of slapstick shoe-horned into a pretty flat narrative.It’s because the plot is so thin that most of the human characters seem two-dimensional in comparison to Schwartz’s heartwarming take on Sonic. There’s nothing much to Tom or his wife Maddie (Tika Sumpter) and their chemistry is fairly nonexistent.

It’s left to Carrey to breathe life into the movie, using his trademark wackiness.

But even his performance is more restrained compared with those iconic Nineties roles he’s loved for.

There’s only so much a comedy actor can do with the material.

Unfortunately, the script’s humour is not nearly sharp or quick-witted enough to warrant more than a few cursory laughs from the ­audience.

Sonic The Hedgehog has just enough slapstick to keep the kids entertained but any adults in the room might find themselves quickly settling in for a nap.