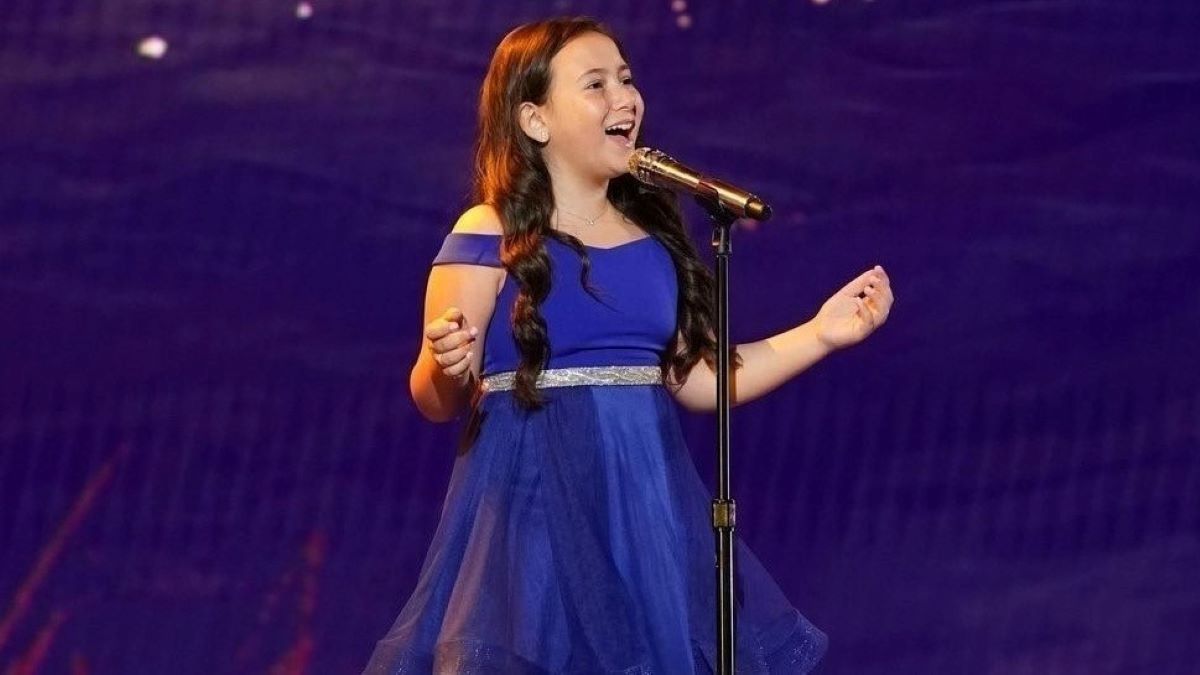 It is only the semifinals tonight on America’s Got Talent, but 10-year-old singer Roberta Battaglia from Toronto, Canada is already considered a frontrunner for the title and the $1 million prize.

Battaglia originally won over the judges when she auditioned singing “Shallow” by Lady Gaga and Bradley Cooper from A Star is Born. Sofia Vergara to pushed her Golden Buzzer, saying, “It was amazing! It was breathtaking! It’s impossible to sing like that at 10 years old.”

“It meant so much to me for Sofia to push her Golden Buzzer because she is one of my favorite actresses,” Battaglia told Monsters & Critics. “I am always watching her on Modern Family and now that she gave me the Golden Buzzer, I love her even more.”

Then, for her performance on the August 11 Live Shows, Battaglia performed Lauren Daigle’s “You Say,” and, again, all the judges sang her praises, including Vergara.

“I want her to win!” she enthused. “You have a special place in my heart. It was my first day at work [when I pressed my Golden Buzzer]. I cannot believe how spectacular you sing. I think the world is going to open up for you after this experience.”

Battaglia reveals her many dreams in life

“Whether I win or not, I have many dreams in life,” she says. “One of my biggest dreams is to meet my idols Pink and Lady Gaga, and, hopefully, sing with them. Another dream is to perform at half time at the Super Bowl. That’s in many years probably, but it is one of my dreams I hope to achieve.”

Battaglia started singing as a toddler

Battaglia began performing with her father when she was only two-and-a-half years old, and hasn’t stopped since.

“I was a little surprised by it, but at the same time I wasn’t, because my dad is also a musician and I was always following in his footsteps,” she said. “I was picking up the microphone with all my strength and trying to sing little Italian songs and a variety of other songs. One night I was at a function and I just couldn’t help but sing and it all started from there. From then on, I started singing with my dad. But now, unfortunately, with COVID-19 happening, I am not going out and singing at functions with my dad anymore. I hope to get back to that soon.”

Before appearing on America’s Got Talent, Battaglia finished in second place on the CNE Rising Star Talent Competition for juniors in 2019.  Now, because of the pandemic, she is forced to do most of her practicing at home, and her father, Alessandro, joked in a video package on AGT that since she won the Golden Buzzer, the neighbors no longer complain about the noise.

Getting noticed by fans

The neighbors aren’t the only ones taking notice of the young artist since her first appearance on AGT. She gets plenty of attention when she is out and about.

“I have gotten noticed by many more people,” she says. “It is so nice to be recognized by people when you are at stores and while you are walking, even with the mask on. It is amazing. So many doors have opened for me and it is just so exciting. My life has become exciting because of AGT and because of getting the Golden Buzzer. It has been an enormous change.”

Despite being a frontrunner, Battaglia is aware that she might not win. Other frontrunners include two other Golden Buzzer acts: Heidi Klum’s singer Cristina Rae and Howie Mandel’s spoken word artist Brandon Leake.

“My parents have been such a support,” she says, wrapping up. “Even if I don’t win America’s Got Talent, it has been an amazing experience. I could say that I was on that stage and it is an amazing feeling to say that.”

America’s Got Talent airs Tuesdays and Wednesdays at 8/7c on NBC.