On Sunday’s episode of Expedition Unknown, it’s going to get a bit freaky as Josh Gates is front and center for a real-life exorcism.

Our exclusive clip shows Josh Gates as he takes part in a real exorcism and confronts what the reverend conducting it says is a demon. 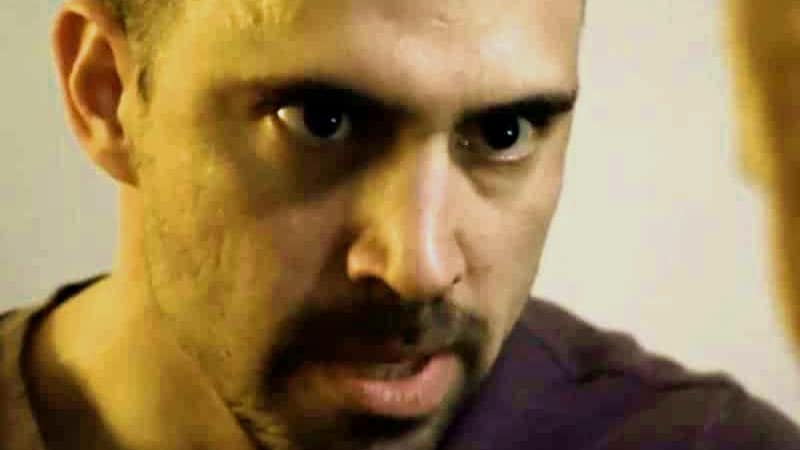 Reverend Bob Larson is the head of the Spiritual Freedom Church of Scottsdale, Arizona, and claims to be “the world’s foremost expert on cults, the occult, and supernatural phenomena.”

Larson is performing an exorcism on Ruben, a man who is seemingly possessed and seeking help.

Gates sits on the bed and watches how Ruben transforms from a normally quiet man into a writhing and growling ‘demon-filled’ terror who wants to kill the crucifix-wielding reverend.

He says his names “are many” and his hands contort into claw-like shapes. 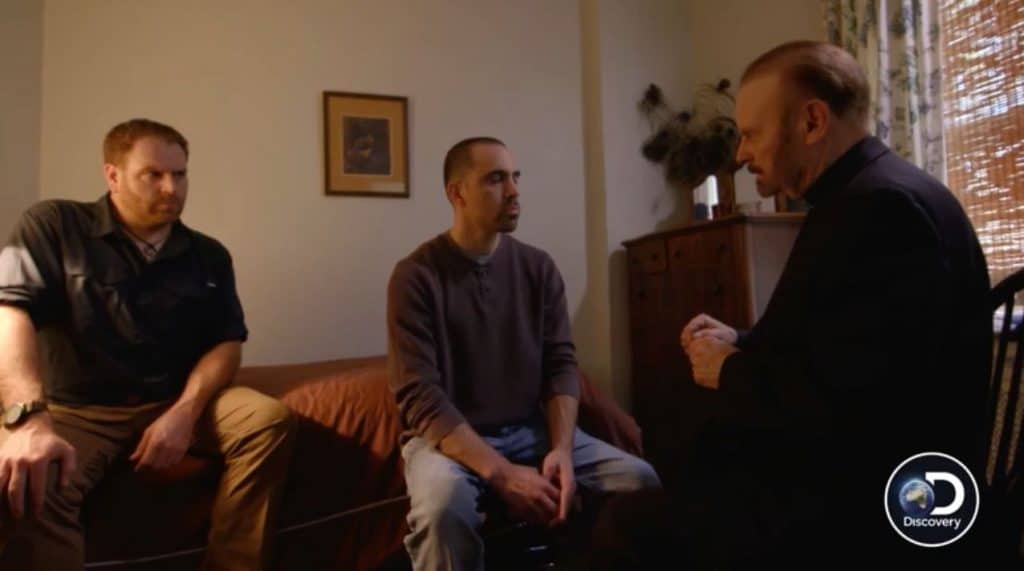 Josh looks a little worried at the end of the clip!

Exorcism comes from a Greek word meaning to bind by oath and is the practice of expelling spirits and demons from their possessed hosts. The ritual is common to several different religions and beliefs.

In Christianity it perhaps the Catholic Church that is best known for performing what are known as Major Exorcisms. These rituals are typically carried out by an exorcist, who is usually also a priest.

The exorcism itself involves reciting various prayers and calling on Jesus, God and Archangel Michael to aid in expelling the possessing entity. If one is not enough to cure the person of their possession then the exorcism can be repeated again, even sometimes weekly for many years.

Islam, Hinduism, Judaism and Taoism all have their own rituals that perform a very similar role to the one carried out by the reverend in the clip.

Many scientists believe that those having rituals carried out on them are in fact suffering from mental illness, rather than possession.

This episode also looks at death in general and examines how different cultures deal with it.  Every religion has a gameplan on the events that occur after we die. Maybe to appease those who fear death or worry they will never know their loved ones in any form again.

Gates wants some answers and is in search of the afterlife via various philosophies and cultures. He explores ideas like reincarnation with renowned author Deepak Chopra, who sends him halfway around the globe to the sacred funeral pyres of Varanasi, India.

Indians who practice Hinduism believe that an attempt to find permanent happiness in this world is maya – their word for an illusion.

Their belief is that a person’s atman (spirit) is a permanent thing, and cannot change while the physical body is not permanent and can change. The atman – spirit of the person – is reborn many times in what they call samsara (reincarnation). Brahman (God) is also a spirit that they believe is in all atman (spirit).

Make sure to tune in to see the aftermath of Ruben’s exorcism on Expedition Unknown.