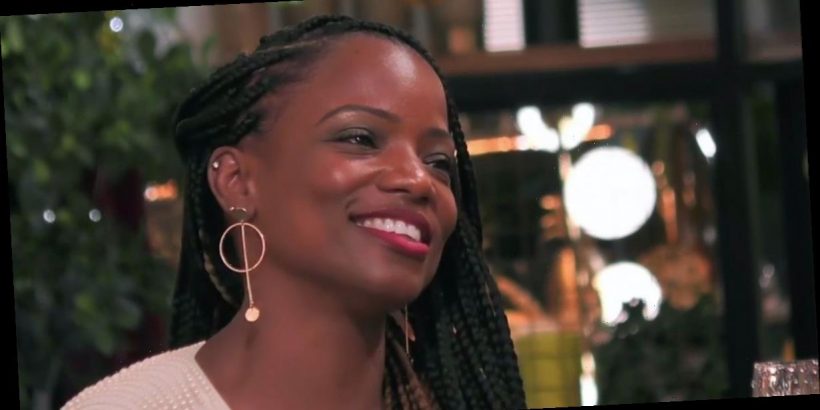 The First Dates restaurant welcomed singleton Sylthea through its doors on Tuesday, as she headed for dinner with property developer Dave.

However, it wasn't the chemistry between the pair that got viewers talking – but rather, Sylthea's ageless good looks.

Ahead of the date, appearing in the diary room, financial investigator Sylthea revealed she was 42 years of age, and looking for a man who was settled in his life.

Doing a double-take, viewers watching from home exclaimed over her youthful appearance, refusing to believe Sylthea was in her 40s.

Before their date, Dave, 49, described his dream woman, saying: "An independent, strong woman is a good thing to have."

And Sylthea expressed her own hopes for love, remarking: "It doesn’t have to be perfect, there’s no such thing as perfect. But I also know what I want."

The evening got off to a good start for Sylthea, as, walking into the Manchester restaurant, maitre d' Fred Sirieix took one look at her outfit and exclaimed: "You’re ready to kill!"

When Dave arrived at the bar, they hit it off immediately, the conversation flowing naturally as they moved to their table for the night.

Over steak and chips, they realised they shared the same family values, with Dave opening up about his five-year-old daughter.

Unfortunately, things hit a speed wobble when Dave got her name wrong, incorrectly calling Sylthea "Sonia" in a moment of confusion.

After the date, Sylthea made it clear she enjoyed her evening, telling the cameras: "He’s interesting and I like that, and he’s different.

"I wanted to probe more. I knew there was more behind Dave. He’s not written off if you see what I mean."

However, she decided they would be better off as friends, hoping to meet up again for a platonic hang-out, seeing where the future takes them.

Speaking to Dave, Sylthea said: "I think that we can get on really well as friends.

"If it led on then fair enough."

Dave was thrilled when he got a peck on the cheek from his date for the evening, celebrating before the cameras and exclaiming: "See look I got a kiss in the end! There you go."

Will their friendship turn to romance down the line?

First Dates continues next Tuesday at 10pm on Channel 4.