Tyler Hoechlin is making his long-awaited return as the Arrowverse’s version of Superman, which we’re very glad about because he was really quite good as the character in Supergirl.

And what’s this? Hoechlin is wearing the iconic black Superman costume!

The Man of Steel donned the darker look during the grim ‘n’ gritty 1990s, after he died at the hands of Doomsday in the ‘Death of Superman’ storyline and then came back to life in the comics.

Interestingly, Hoechlin is sporting a black cape here, whereas in the comics he did not, although he did sport a mullet which thankfully did not make the transition. 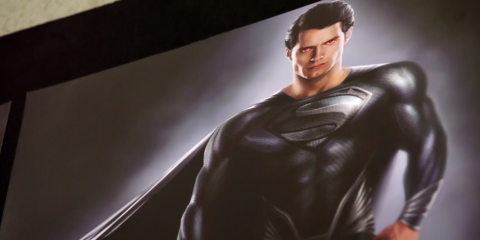 Hoechlin’s return is part of this year’s crossover, which will begin on Sunday, December 9’s episode of The Flash on The CW in the US, and will continue through that week’s episodes of Supergirl and Arrow.

The event’s Gotham setting will introduce us to Rose’s Batwoman for the first time, and could set the stage for the character’s own TV show.