There are countless memorable moments from the NBC sitcom Friends that have seepedinto modern culture without our knowing it. The show ran for 10seasons from 1994 to 2004 and even now, it still captivates fans withtimeless humor. Plenty of critics consider Friends one of the funniestcomedies ever made.

And even some people who aren’t obsessed with Friends may find themselves quoting the show without knowing it. That’s because the series helped spur countless catchphrases that still resonate to this day. The funniest part? The words and sayings are so commonplace, most people don’t even realize they originated with Friends. 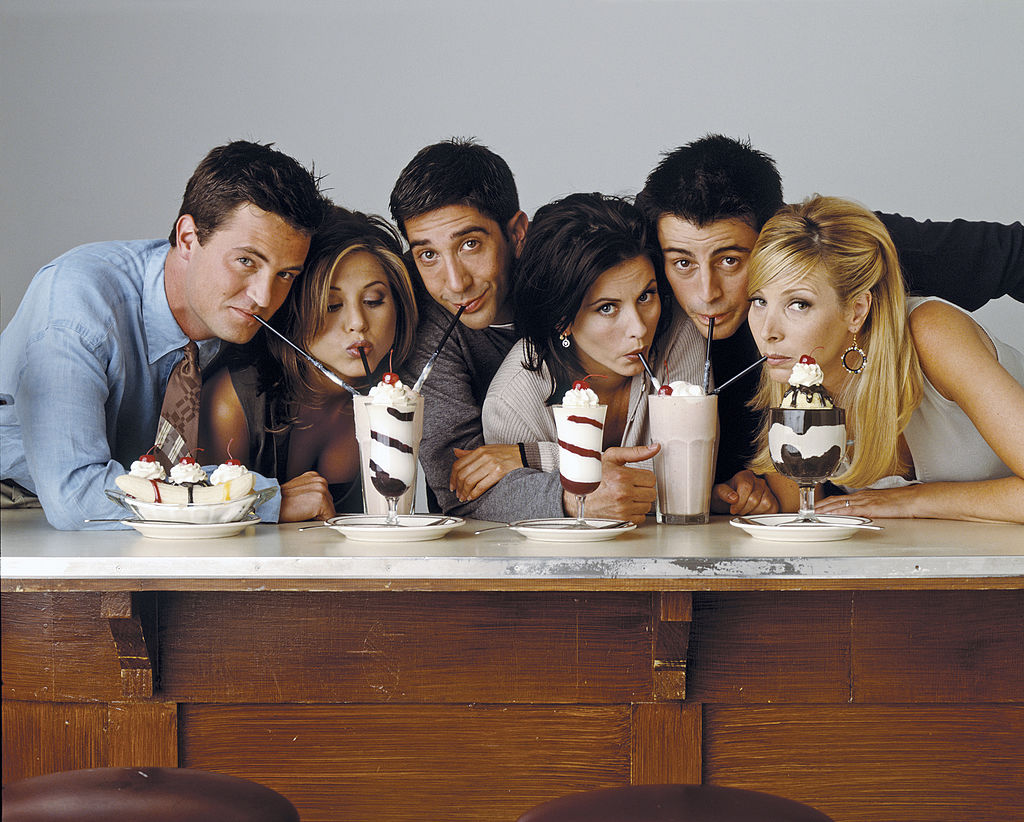 One of the most well-known phrases from Friends comes courtesy of Ross Geller. Fans still can’t settle the debate over whether he was acting like a jerk during season 3 episode 15: “The One Where Ross And Rachel Take A Break.”

There’s a lot of drama that transpires before Ross belts out one of the most famous phrases in the show’s history. But basically, Ross and Rachel take a break from their relationship, which he misinterprets as being a more permanent separation. During that period, Ross has sex with another woman, and Rachel finds out and gets upset.

In his defense Ross says, “We were on a break!” But were they?

It’s impossible to say Joey’s signature pickup line without using his exact voice inflection, too. Yes, it’s a cheesy way to attract a romantic partner, but that’s part of the appeal.

Joey knows that his trademark line is a little bit ridiculous but embraces the truth of who he is anyway.

The first time Joey said his catchphrase was on this day in 1998, in the episode The One With Rachel's Crush! How many times do you think he said it throughout the series?

Everyone knows what the friend zone is now. But Friends fans may be surprised to find that Joey helped popularize the concept when he declared Ross “mayor of the friend zone.”

Show writers didn’t make up the phrase friend zone, but they did make it more common in modern speech.

On this day in 1996 we learned that lobsters mate for life in "The One with the Prom Video". Tag your lobster!

Phoebe incorrectly informs the group that lobstersmate for life and proceeds to compare Ross and Rachel to lobsters who are destinedto be together. “See? He’s her lobster,” she says as Rachel plants a huge kisson Ross at the end of “The One with the Prom Video.”

It turns out Phoebe was wrong about this fact, but despiteher error, Ross and Rachel do get together at the end of the series.

‪On this day in 1999, this iconic scene came into our lives!‬

Anyone who’s ever tried to maneuver cumbersome furniture up a flight of steps has probably heard their lift partner screaming “Pivot!” at some point. But they may not realize this line comes from Friends.

Ross can’t stop yelling the word as he embarks on the impossible task of getting a couch upstairs, even though there’s really no way to pivot.

Monica forgets the first rule of portraying you don’t care, which is to never, ever say you don’t care (which of course, indicates the opposite).

She leaves a message for Richard and says, “I’m breezy!” therefore proving she is absolutely not even a little bit breezy. Then she makes it worse by trying to correct her mistake.

Ross drawing out the “I” in fine when talking about Rachel and Joey engaging in a romantic relationship shows that he’s not at all fine. And fans didn’t love that storyline either.

Friends is on TikTok, and we’re fine!

“The don’t know we know they know.”

The mental gymnastics it takes to understand the logic of this statement is intense. But when Rachel and Phoebe discover that Chandler and Monica are secretly hooking up, the web gets even more tangled in “The One Where Everybody Finds Out.”

Eggcorns are incorrect words or phrases that come from mishearing or misinterpreting a similar word or phrase. For example, Joey saying something is a “moo point” when he means “moot point” is hilarious yet inaccurate.

“It’s a cow’s opinion. It doesn’t matter. It’s moo,”Joey says in “The One Where Chandler Doesn’t Like Dogs.”