Although we’ve all known it’s happening for a while, we still find it to hard to believe that Game of Thrones is actually coming to an end, and there are only a handful of episodes left before we’ll have to say goodbye to… whoever is left alive at the end, forever.

But if you think you’re struggling to come to terms with it, spare a thought for the actors who have been there from the start, inhabiting these characters for years. 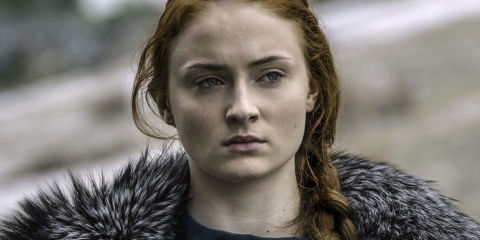 Sansa Stark actress Sophie Turner made an appearance at the weekend’s New York Comic-Con, where she talked to Entertainment Weekly about being slightly in denial over the show ending. 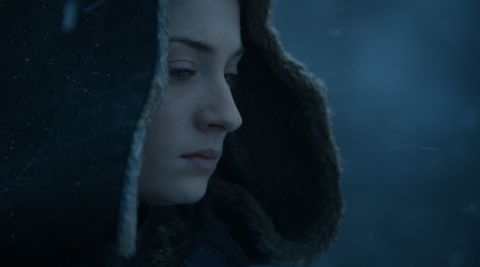 “I still don’t accept that it’s done,” she said. “It’s basically been the majority of my life. I’m still very much processing it.”

She also said that she was surrounded by a lot of her fellow cast members on her last day, and was presented with a note from showrunners David Benioff and DB Weiss alongside a storyboard of their favourite Sansa moment.

Teasing her character in the final season, Sophie says that Sansa is very “self-assured” this time around, after teaming up with sister Arya to get rid of Littlefinger in season seven.

Oh, and she also said that she nicked a corset from the set.

Game of Thrones season 8 will premiere in 2019. The show airs on HBO in the US and Sky Atlantic and NOW TV in the UK. Season 7 is now available to buy on DVD,Blu-ray or digital download.