GEMMA Collins is set to make money from her iconic 'candy' moment with ex-boyfriend James Argent.

Taking to her Instagram Story on Thursday, 39-year-old Gemma showed off the latest garment from her successful fashion collection. 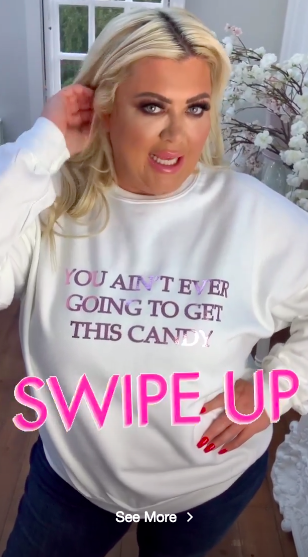 In the clip, Gemma tells her two million followers: "Guys, just added to the collection is the new candy jumper… you ain't ever gonna get this candy," before blowing a kiss to the camera.

The cream coloured sweater features her famous slogan in shimmering pink and Gemma teamed it with a pair of blue denim jeans.

The unforgettable moment between Gemma and 32-year-old Arg took place several years ago during an episode of The Only Way Is Essex.

The cast were hanging out at one of many parties when Gemma approached Arg as he relaxed in a jacuzzi. 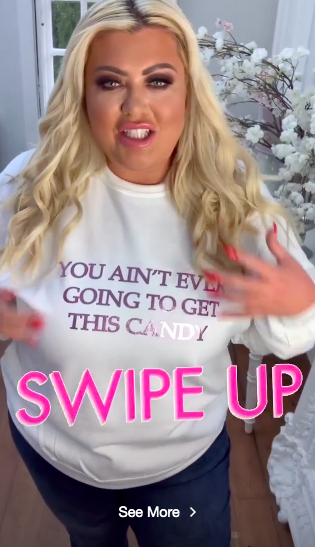 Taking off her pink sarong to reveal her curvaceous figure in a black swimming costume, Gemma delivered the epic line perfectly to her on-off boyfriend.

Gemma also modelled another chic outfit from her Diva fashion range on Instagram on Thursday – this time a cream embellished two-piece.

It comes after the TV star was rapped for breaching advertising rules whilst promoting weight loss brand SkinnyJab. 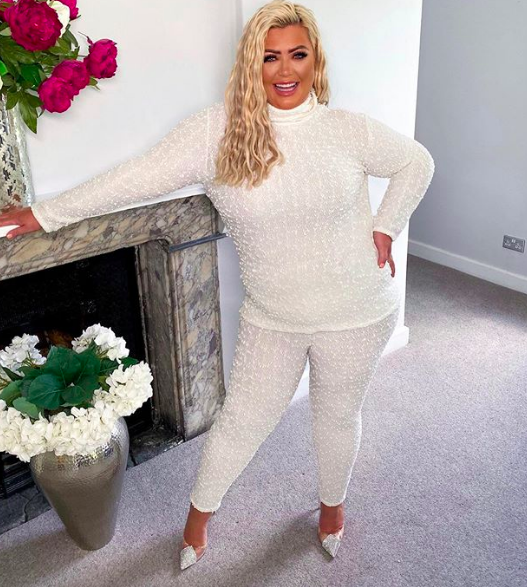 But one of her posts on Instagram did not make clear that it was an advert.

The Only Way Is Essex star posted the story in April mentioning SkinnyJab.

SkinnyJab was one of three firms criticised by The Advertising Standards Authority (ASA) for wrongly promoting prescription-only medicines. 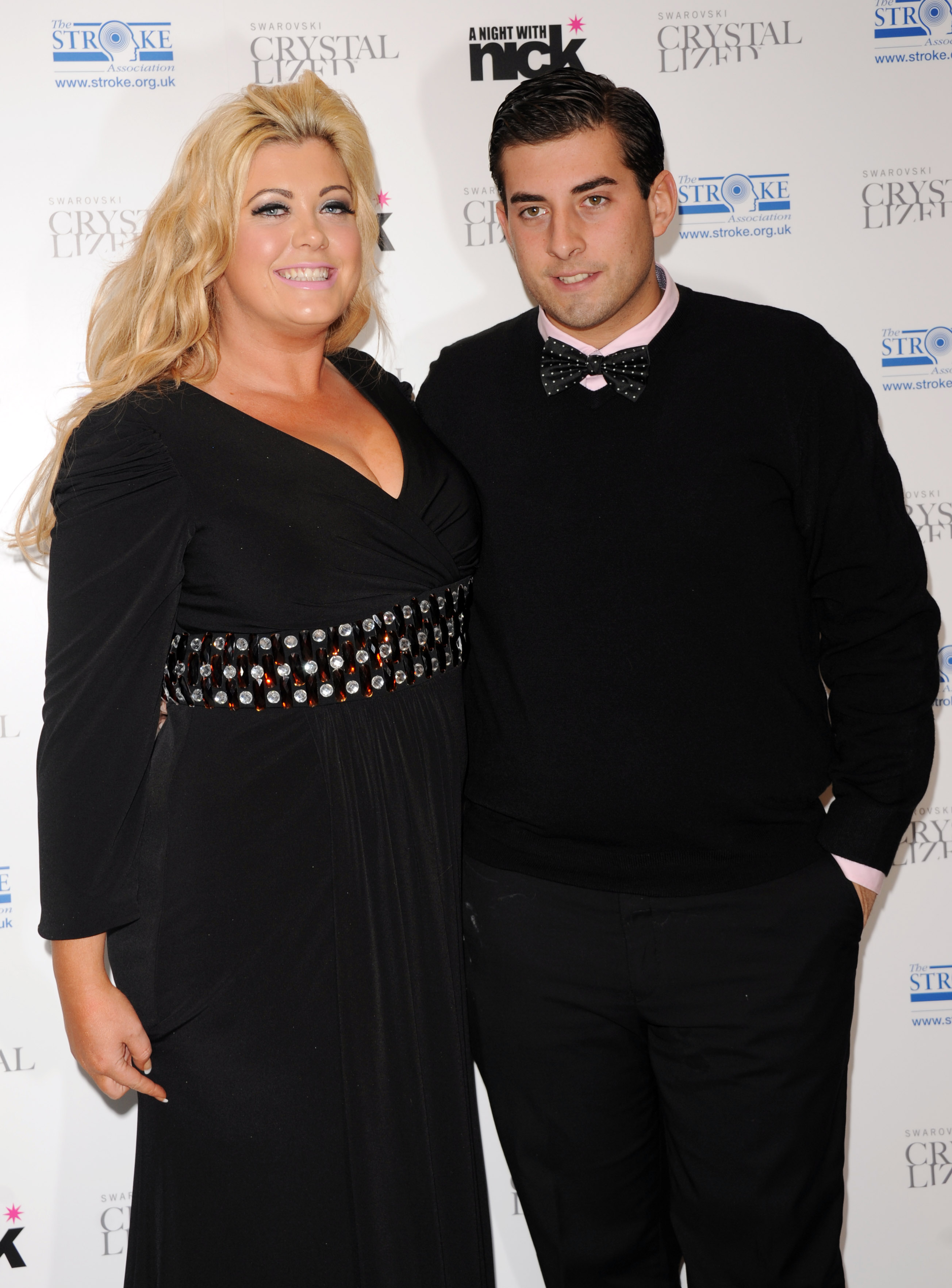 It was also criticised by the ASA for making weight loss claims that were "not compatible with good medical and nutritional practice".

It comes after The Sun Online exclusively revealed that The GC was onthe new weight loss plan SkinnyJab, which are injections that act as an appetite suppressant. 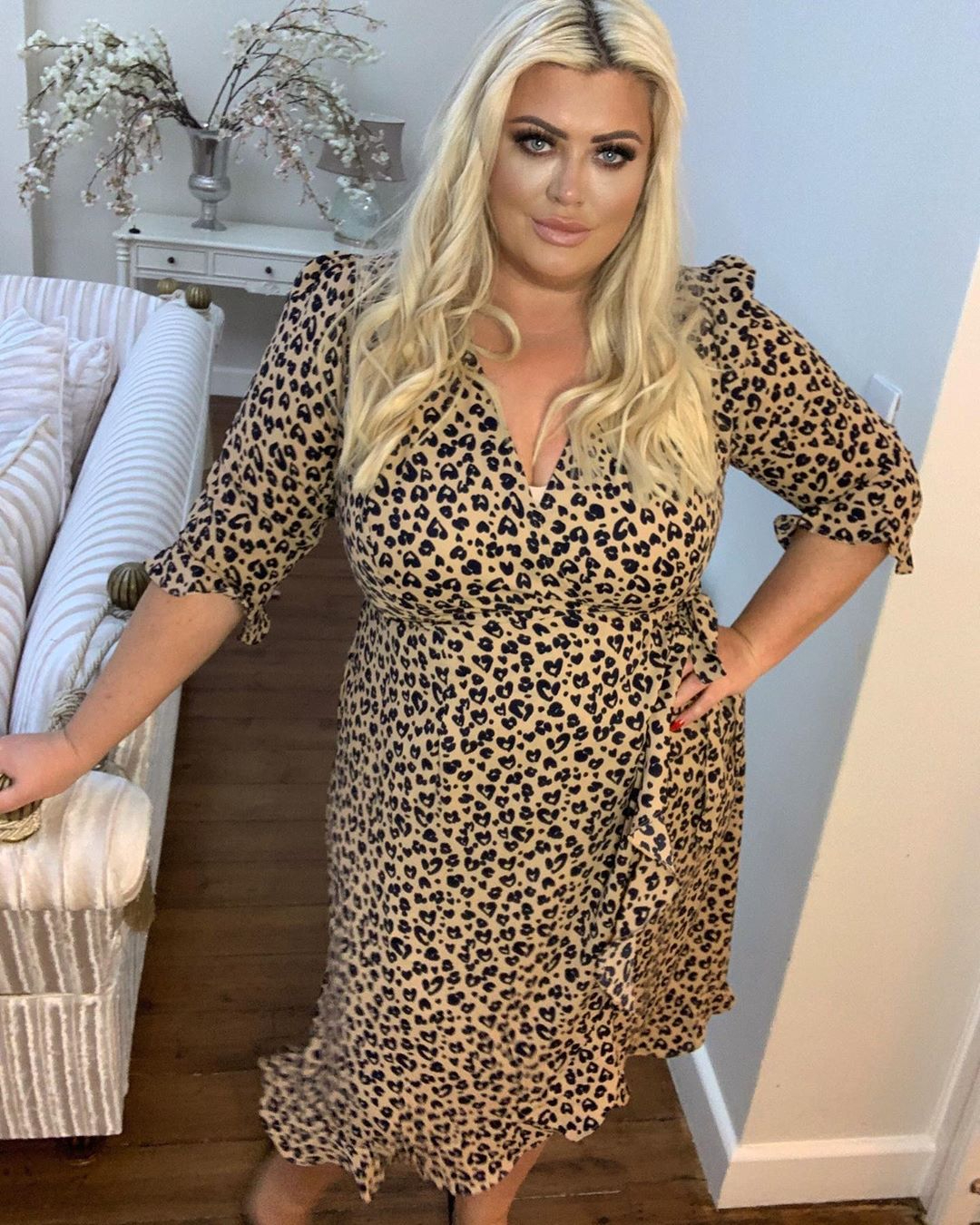 The jabs claim to work by "removing hunger from the equation", while regulating blood sugar levels and helping the body to turn excess, stored fat into energy.

But experts told The Sun how the jabs are dangerous and could trigger deadly conditions, from hypoglycaemic episodes to thyroid cancer and severe pancreatitis.