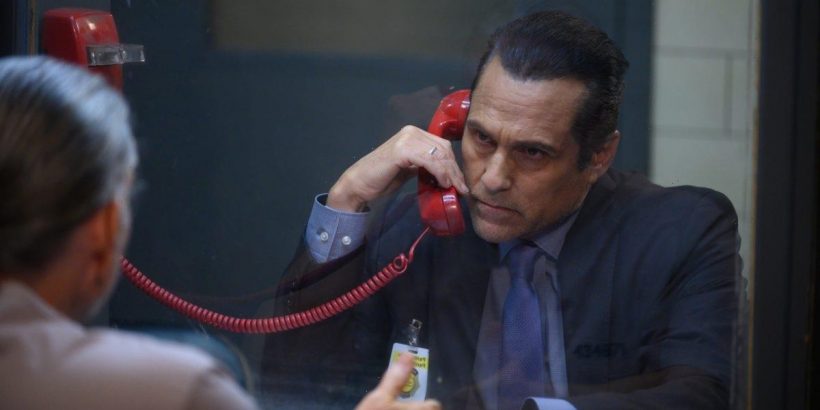 For almost 30 decades, actor Maurice Benard has been playing Sonny Corinthos on General Hospital. However, his character recently took on a new identity as Sonny is going through memory loss.

Meanwhile, Sonny’s family, friends, and enemies are doing things he will not be happy about. According to Benard, a lot will go down once Sonny regains his memories.

Sonny is slowly regaining some old memories on ‘General Hospital’

In December 2020, Sonny found himself on a bridge that suddenly collapsed, plunging his body into the river below. Many people in Port Charles believed he died from the accident.

However, viewers later discovered that Sonny had survived. He found himself in Nixon Falls, Pennsylvania and befriended nurse Phyllis Caulfield and her husband Lenny. Sonny was suffering from amnesia, though he believed his name was “Mike” after seeing the name on his father’s vintage watch that he had.

While living in Nixon Falls as “Mike,” Sonny occasionally gets flashes of memories of his old life. It is assumed that, eventually, Sonny will remember everything and go back to Port Charles.

With Sonny presumed dead, his friends and family have been trying to move on. In particular, his wife, Carly Corinthos (Laura Wright), and his right-hand man, Jason Morgan (Steve Burton), decided to marry each other to put up a united front to their enemies.

Many fans predict that things would not end well when Sonny goes back to Port Charles. Benard believes this as well.

“For him, this is not a good thing,” Benard said of his character in an interview with Michael Fairman TV, “I would assume he’s just going to go, ‘What the…’ and all hell is going to break loose.”

Benard also added, “It’s going to be a great fight when Sonny does return.”

In any case, Benard has been enjoying his time as “Mike,” who is quite different from Sonny.

“I’ve been enjoying this,” he said. “It’s a different energy. The energy that Sonny has is dark.  It’s like in third gear. Mike is like in first gear, calm, relaxed, happy.”

Benard added, “Often times, when I do movies and other projects, it’s often the same kind of energy that Sonny has. I’ve never played a character like “Mike” where it’s a whole other feeling!”

However, it seems not every fan wants to watch “Mike” on General Hospital. Benard shared that some people just want Sonny back.

“Sonny can be difficult to play. But guess what?  The audience – at least my fans – they don’t care how happy I am or whatever, they are screaming ‘Go back to fricken Sonny!’,” Benard explained. “I like that in a way, but I didn’t know that it was going to be this vocal from people.  It’s not that they hate Mike, they just want Sonny, and Cynthia [Watros, who plays Nina Reeves] is put in a tough situation because of her history in that character.”