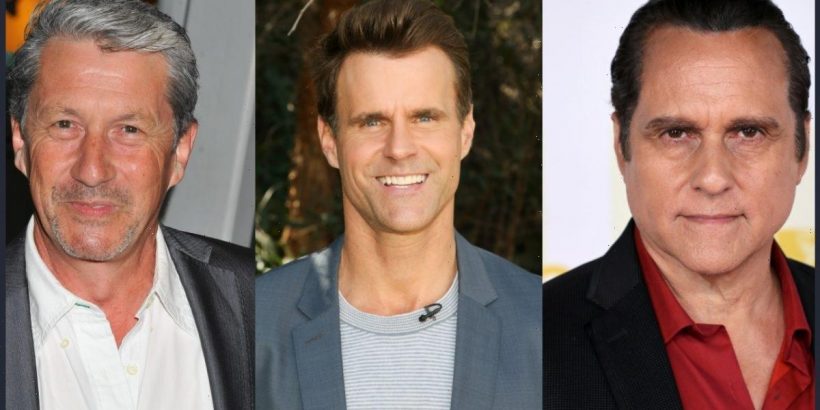 This week’s General Hospital odds and ends features a really diverse news roundup. First, a beloved Nanny star visits Port Charles. Then, Cameron Mathison gives an interview about his character. And finally, Maurice Benard charms his granddaughter — and all of us — in a sweet video.

Fans of The Nanny are delighted that their beloved Mr. Sheffield is coming back to television.

The big news on this week’s General Hospital odds and ends is, of course, Charles Shaughnessy’s return to daytime TV. Shaughnessy has a long and storied history in soaps. In addition to having a small role on GH back in 1984, he had the dual role of Shane and Drew Donovan on Days of Our Lives.

While Shaughnessy’s role has not yet been confirmed, he’s expected to return to Port Charles sometime in September.

Other General Hospital odds and ends focus on Cameron Mathison, who is about to make his Port Charles premiere. The soap opera vet is best known for his role on All My Children, and he’s returning to the daytime world in an as-yet-unnamed role.

“It’s a great opportunity for me as an actor, I’m super-excited about it, it is different, and also, in some ways has aspects of it that really play to my strengths, too,” he said in an interview with Soap Opera Digest.

Mathison also disclosed that he got the role after approaching GH producer Frank Valenti directly.

This is the sweetest of the ‘General Hospital’ odds and ends

He may be the dastardly Sonny to General Hospital fans, but Maurice Benard is “grandpa” to his beloved Eloise.

This week, Benard took to Instagram to serenade his beloved granddaughter with “Ghostbusters,” the classic Ray Parker Jr. song. The look on the little one’s face is absolutely priceless!

Benard’s co-stars and fans immediately cooed over his grandfatherly love. “That was hilarious but we all know who she’s gonna call, Grandpa Maurice! She’s adorable. Such a blessing,” wrote one fan.