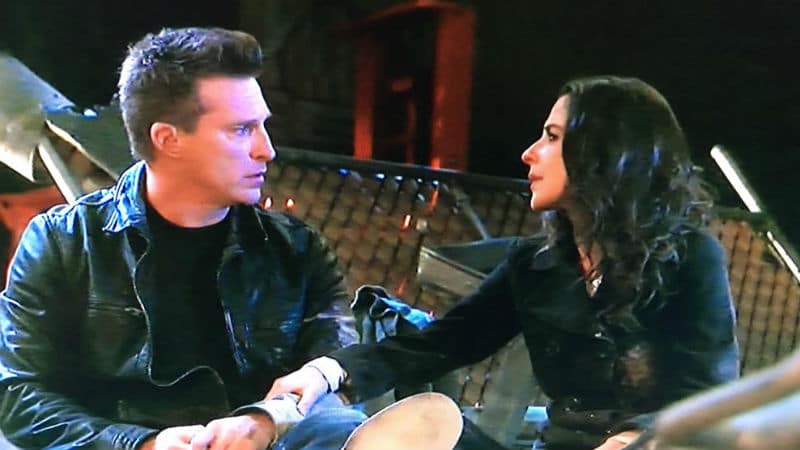 General Hospital and JaSam fans were treated to one of the best, most tantalizing Friday cliffhangers of all time when Jason and Sam finally came together for a kiss and a clinch!

What will this wow moment lead to on Monday? Would you believe it if I told you these two continue to make merry?

Fans have been waiting a long, long time for JaSam to finally give in and admit their true feelings for each other. Has it been enough time since her relationship with Drew (Billy Miller) ended for Sam (Kelly Monaco) to move on? Ever since the real Jason (Steve Burton) returned with his one-of-a-kind baby blues, the whole town has been waiting for Sam and Jason to become a family again.

Sam tells Jason thanks for today and they end up sharing a kiss. ??❤ #JaSam #GH @kelly_m23 @1steveburton (Last Part)

Things were moving along when out of the mouths of babes, precious Danny asked if his dad still loved his mom. Jason cannot lie, but we already knew what the answer was anyway. But, Sam wasn’t so forthcoming when Danny asked her the same question.

All that changed when Danny went upstairs. Alone, at last, the chemistry between these two was sizzling, off the chart hot. When Jason said he liked spending time with her, she gave her one and only a soft peck on the cheek. But, it didn’t end there.

Before you knew it nature took over and JaSam were back in all their glory. What happens next?

On Monday, the party is far from over GH fans! Explosive show spoilers reveal that the clothes come off as the kissing continues.

Is this the moment we’ve all been waiting for? Be sure to tune in and find out!