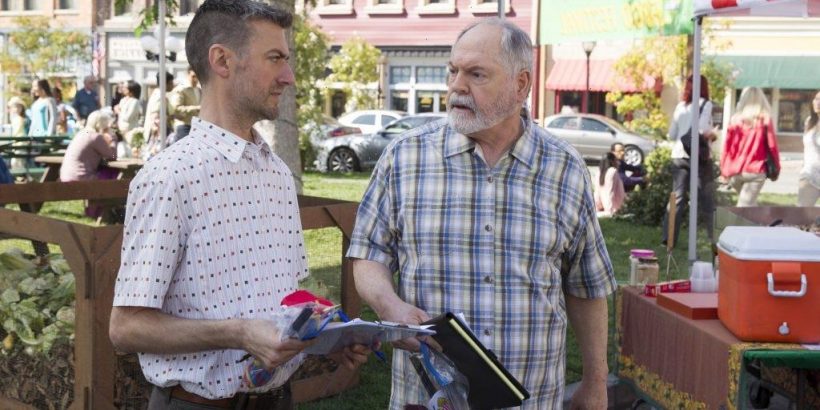 Gilmore Girls has retained an incredibly loyal fan base in the 14 years since it aired its final episode. The show brings a familiar comfort to viewers, both old and new. That doesn’t mean the series is perfect, though. Gilmore Girls appears to have more plot holes and inconsistencies than other shows. Fans are particularly bothered by these three small inconsistencies. Do you remember them?

How did Taylor Doose win back his town selectmen job?

In season 5 of Gilmore Girls, Taylor Doose lost his town selectman job to Jackson Bellville. Jackson only ran against Taylor because the rule-following town selectmen expected him to tear down his greenhouse over an often-flounced town ordinance. Jackson didn’t want the win but took the job anyway, at least briefly.

In a single episode, Jackson performed his town selectmen duties. Miss Patty even dragged him into a town meeting under false pretenses. Just as quickly as he won the post, he seemingly gave it up. A short time later, Taylor was back to leading the town meetings, but no one ever explained how he got his job back. Gilmore Girls fans were left to wonder if Jackson is still technically the town selectmen.

April Nardini appeared in Luke’s Diner and almost instantly ruined Luke Danes and Lorelai Gilmore’s relationship. Most fans hate her for that fact alone, but if you look at it more deeply, you’ll see there is something a lot more bothersome about April. The 12-year-old’s story about finding Luke doesn’t make any sense.

April claimed that she figured out three different men who could have been her father based on letters her mother wrote. April then went to each of these men and requested a DNA sample from them to win her science fair. According to several fans, the story doesn’t add up. They question whether Anna Nardini, April’s mother, was as clueless about the project as she claimed. More importantly, how did April have the time to go to school, search through her mother’s letters, and bike around Connecticut, without her mother’s consent, to find the men who she believed could be her father? Fans argue that the storyline was either sloppy writing or April and Anna were lying.

Where did Lorelai Gilmore go to high school?

Rory’s acceptance into Chilton was a big deal. The teen mother had a similar education to Rory, but it’s pretty clear she didn’t attend Chilton. If Lorelai were a Chilton alum, it would have been mentioned. In flashback episodes, fans see Lorelai wearing a uniform, but it’s certainly not a Chilton uniform. Still, the writers never say where Lorelai went to school.

Perhaps more importantly, fans wonder why Lorelai didn’t attend Chilton. The school was just 10 minutes from the Gilmore’s home, and was considered the premier prep school. Richard and Emily Gilmore even knew the school’s headmaster. Her secondary education remains a mystery, and it’s absolutely an inconsistency that bothers fans.