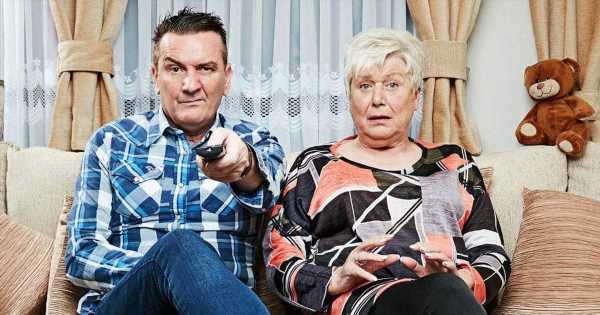 Channel 4's much-loved Friday night show Gogglebox is trying to find a Scottish family to join its cast of beloved sofa regulars after coming under fire.

The casting team has revealed they are now on the hunt for a new family from above the border to join the Gogglebox family in the New Year.

Douglas Ross, the Scottish Conservatives leader, called out Channel 4 during a parliamentary committee hearing back in September for not featuring a Scottish family since 2016.

Ross even joked that he himself could join the show along with his wife and admitted they tune in every week.

He said: "My wife and I watch it every week. In fact we could be…we could be part of it."

Now on it's 18th season, not including the popular Celebrity version of the hit show, producers are keen to keep fans from complaining about the lack of Scots.

The hit TV show features stars from around the UK but has not starred Scotland-based cast members since 2016.

Channel 4's award-winning reality program sees ordinary people tune in and react to the most talked about TV from the past week.

The last Scottish family to appear on the telly-lovers show was the Manuel family from Glasgow – don't remember them? Then maybe that proves a Scottish family on the show is long overdue.

During the parliamentary committee hearing, MPs discussed the presence of Channel 4 in Scotland and how Covid-19 had impacted its own independent production companies.

"We are bursting at the seams with talent in Scotland, and I am pleased to hear Channel 4’s efforts to harness this potential."

The search for new Scottish talent was confirmed by Channel 4's Chief Executive Alex Mahon, who said: “The casting period is already underway and will run up to Christmas.”

Ms Mahon added that over half of all complaints to Channel 4 relating to Scotland in the past year were regarding the lack of Scottish representation on Gogglebox.

Joining the cast of Gogglebox is unfortunately not an application process – instead bosses have previously explained that they scout members of the public and try to persuade them to join the cast.

Manchester based ex-Gogglebox star Tom Malone Jr, who's family still appear on the hit show, explained: "You can't actually sign up for Gogglebox, they have to find you so they have a whole team of people that go out looking for new cast members, like going in pubs and speaking to people, ringing up businesses and asking who'd be good for it so there's no way to sign up."

One luck family, friendship group or couple will be hitting our screens from the comfort of their sofa in the 2022 series.

Gogglebox airs on Fridays at 9pm on Channel 4.