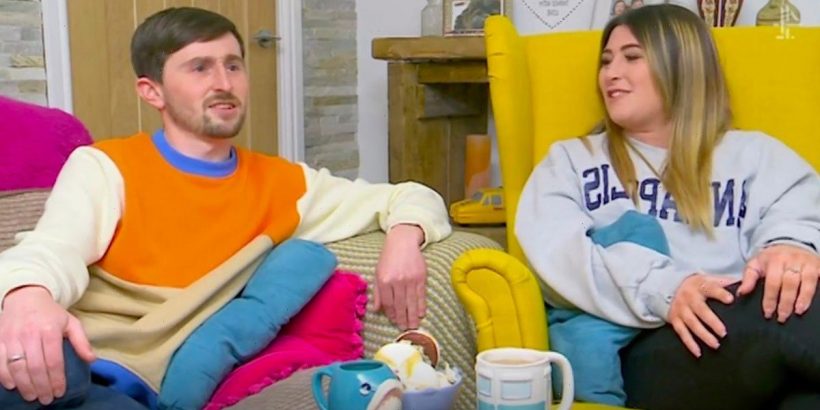 Gogglebox viewers saw the funny side when Pete Sandiford called out his sister Sophie for "lying" about her new boyfriend.

The fan favourite siblings sat on the sofa to give their views on this week's TV in Friday (April 29) as Pete decided to taunt his younger sibling about her new found romance.

Talking at the beginning of the episode Pete kicked things off by asking Sophie how things were going with her new beau.

He said: "So how's it going with you and your new fella then?"

Pete then teased her noting: "I don't think he's six foot. I don't give a s**t what anybody says till my tape measure says he's six foot."

Laughing, Sophie recalled to Pete the details of the first time he met her new partner.

She said: "You, first time meeting him: 'Oh I thought you'd be taller' as you're looking up to him. And then saying 'I thought you were at least six foot' when he is six foot.

Sophie then retorted: "Just because he makes you look like one of the borrowers."

Sophie recently shared a picture of herself at a wedding with a mystery man on Instagram to her fans delight.

The loved up looking pair were joined in the photo by Sophie's brother Pete and his wife, Paige Yeomans.

Pete and Sophie have been firm fan favourites on the Channel 4 show since they joined in 2017 for series 10.

Sophie was previously thought to be single until she met her new love, while Pete has been married to Paige since May 2021.

Gogglebox airs Fridays at 9pm on Channel 4 and All 4.