GOGGLEBOX’S Tom Malone Jr is bringing the lols even outside the Channel 4 show with his hilarious TikTok videos alongside dad, Tom.

The father and son dance troupe had their fans in hysterics as they performed a routine on TikTok and shared it with followers on social media. 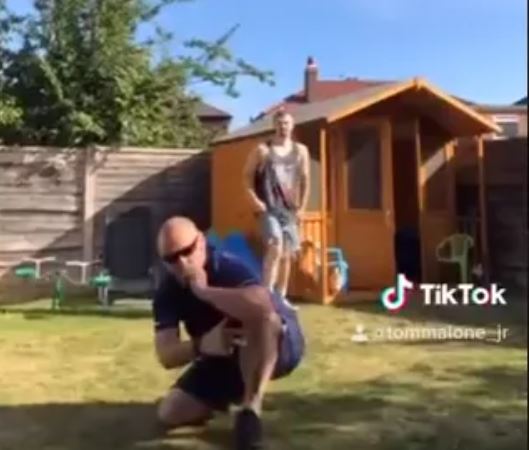 Flexing in their back garden in Manchester, Tom Malone Jr and Tom Malone Snr prepared for their latest TikTok challenge – a dance off.

The video, which has already racked up 83,000 likes on TikTok, shows the duo dancing to Rover by S1MBA ft. DTG.

Starting off, the two Toms do dance in sync busting out some side steps but it isn't long before Tom Snr takes the floors and drops some moves of his own.

After an energetic performance, the Malone patriarch settles into position, still with his shades on and leaves professional dancer Tom Jr to finish. 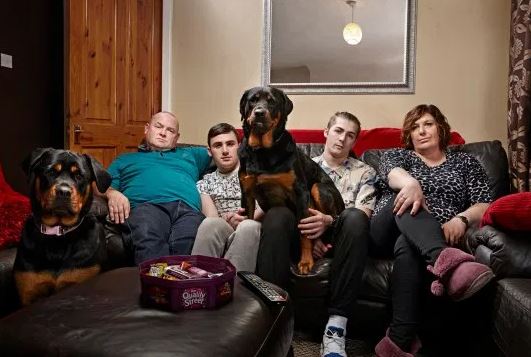 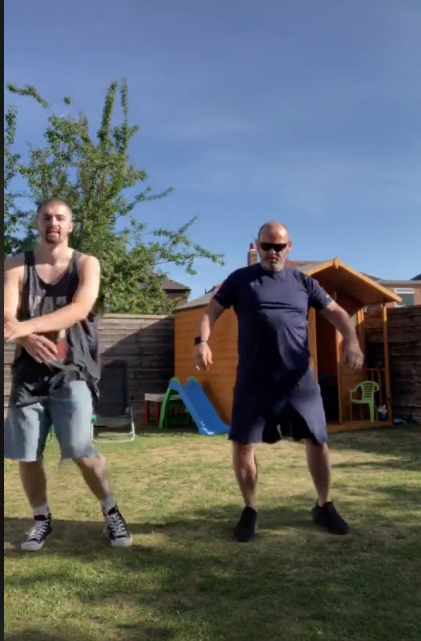 Wearing a pair of denim shorts and vest, he completed a side flip over his dad and landed coolly on the ground.

The two flex into their stances and look pretty pleased with themselves at the effort. As they should be!

Fans for the Malone family were thrilled and couldn’t resist gassing up the father and son dancing duo.

One wrote: “Absolute class. Tom snr is a natural.” 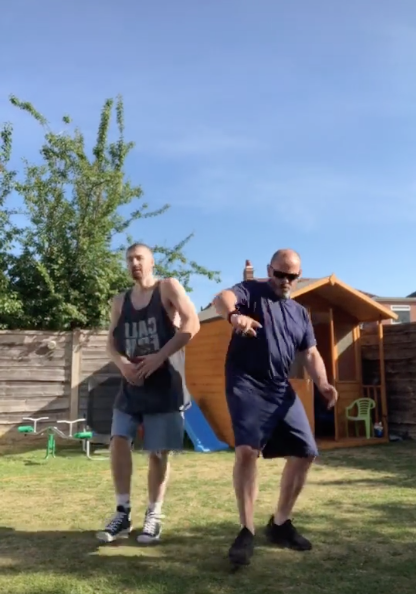 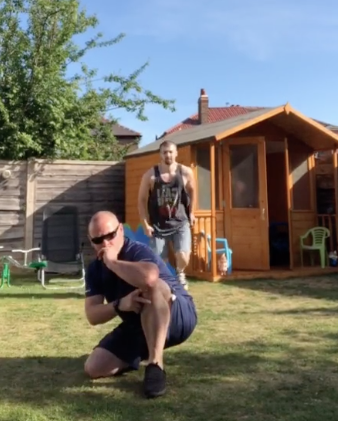 And another added: “Loving your tiktoks keep it up”

While a third penned: “Pmsl Tom snr your a legend”

The Gogglebox stars have been keeping their fans entertained with several TikTok videos that have already gone viral.

Earlier this week they even gave the Wipe It Down challenge a go, which saw Tom Malone morph into his grumpy dad. 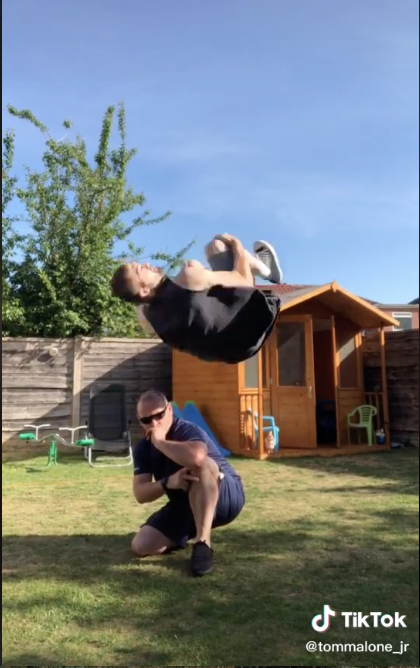 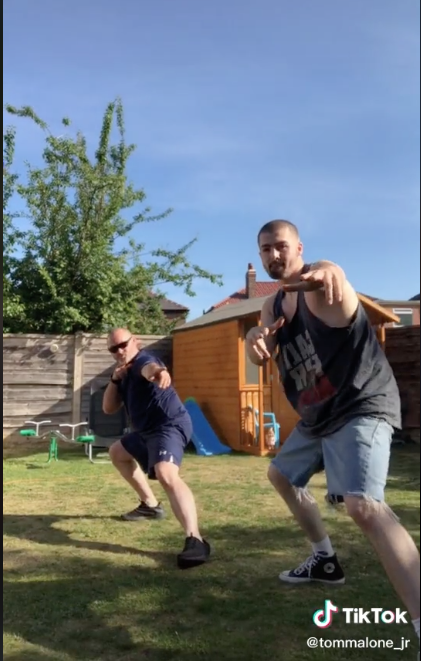 His pops, Tom Snr., also appears on the Channel 4 show, and is famed for his hyper-expressive facial reactions and hilarious one-liners.

Tom Jnr. has been keeping his legions of followers entertained on social media in recent weeks, with the professional dancer uploading several impressive videos.

One of his latest clips see the TV star take part in TikTok's Wipe It Down challenge, which shows users wiping a mirror with disinfectant before an alter ego suddenly appears in the reflection.

The image vanishes as quickly as it emerges, and Tom's fans have gone so far as to say that he has "won" the challenge after enlisting his dad to help out.

In the short clip, Tom can be seen wearing a checked shirt over a white top, and his brow is furrowed in concentration as he wipes the mirror while the Wipe It Down song plays in the background.

As Tom wipes to the beat, Tom Snr. appears wearing the exact same outfit – first of all brandishing his iconic grumpy face, before smiling and laughing in the next appearances.

The video ends with Tom Jnr. looking confused, shaking his head, and throwing the wipe at the mirror as he walks away in shock.

Sharing the clip on Twitter, one fan wrote: "This is the best one yet!", and it quickly went viral with the tweet getting tens of thousands of likes and retweets.