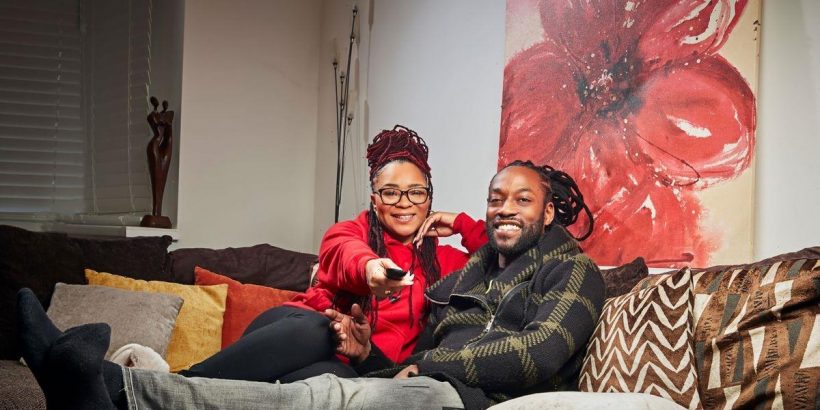 Marcus Luther has a famous son who came close to appearing Gogglebox before deciding it "wasn't for him".

The Gogglebox star became a fan favourite after joining the show in 2018 alongside his partner Mica Ven.

The pair have been in a relationship for several years and share a son called Yash.

Mica has two daughters, Sachelle and Shuggy, from a previous relationship – both of whom have made an appearance on the Channel 4 show in the past.

Marcus has a 22-year-old son named Shiloh Defreitas who is a professional boxer who boxes under the name Sugar Shy.

The young athlete has had a successful career as a boxer and has appeared in fights at the O2 in London.

Shiloh boasts more than 11,000 followers on Instagram and has previously shared videos of him training with his dad, who is a boxing coach and gym owner.

In December last year, the father-son-duo gave the BBC an insight into their working relationship.

Marcus said: "I'm known for Gogglebox but now people will see that I'm not just about sitting on the sofa. I'm about boxing and have been for years."

During the interview, Shiloh revealed he’d given Gogglebox a go, but decided the show wasn’t for him.

He explained: “I tried going on the show once – it didn't work out."

Marcus quipped: "Gogglebox is not for everyone. Not everyone can 'Goggle'. He's too aggressive. Me and him just argued so I told him to sling his hook.

"The producers were trying to help him out but then he'd go off on one again. No Gogglebox for him, he's a fighter."

The TM Boxing Gym’s site explains that the main focus of the gym was to "work with disadvantaged youth from the local community" and after interest grew, they began running sessions for the general public in the evenings.

It reads: "TM Boxing then started offering morning sessions to stay at home mums and people with weight and confidence issues. We now have over 200 keep fit members, 80 youth boxers and numerous schools that educate disadvantaged youth who use our services daily."