The tables have turned today on Good Morning Britain, with Susanna Reid seething as Piers Morgan got a National TV Awards nod over her.

The NTAs released its annual longlist of nominees yesterday (October 16), and Piers has made the cut in the Best TV Presenter category.

Referring to her National Reality TV Awards 2018 wins (which Piers had something to say about, obviously), Susanna said she’s already won an award, prompting Piers to say: “I’m there. Ben Shephard’s made it. So the blokes have got the nod.” 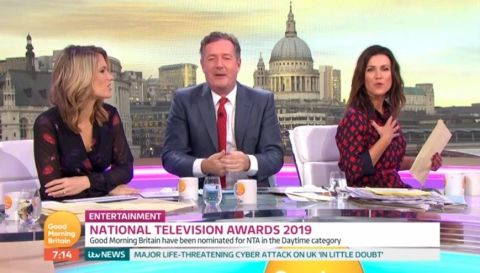 “Apparently it’s sexist because Susanna’s not on the list,” Piers said. “It may just be ladies are not quite as good as me.”

“If the panel is split between women and men and they just decided we’re better, that’s called equality.

“Equality doesn’t mean you all get the same number of awards, that would be like a participation award.” 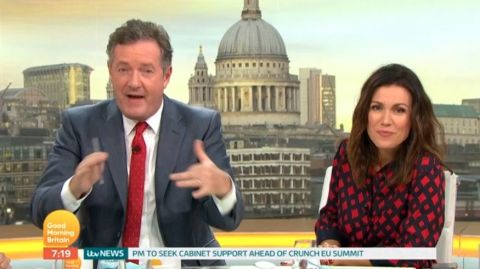 He continued: “What equality means is you get judged fairly by a panel of your peer group, who are male and female and gender fluid – and they have decided that I am a better presenter than you two, three.”

“Anyone but Piers award,” Susanna joked.

“Getting on that list and how much it’s upset you is better than winning any award,” Piers replied. 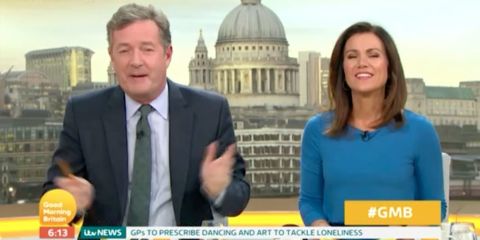 “You haven’t actually won it yet,” Susanna quipped.

Meanwhile, Piers is facing the wrath of a thousand dads, including that of Captain America‘s Chris Evans, after taking the mick out of Daniel Craig wearing a papoose.

Voting on the NTAs longlist is open now, and tickets for the awards show on January 22, 2019 are also available now.