But luckily for the 29-year-old baker, she still managed to avoid getting the boot during the show’s first Vegan Week. 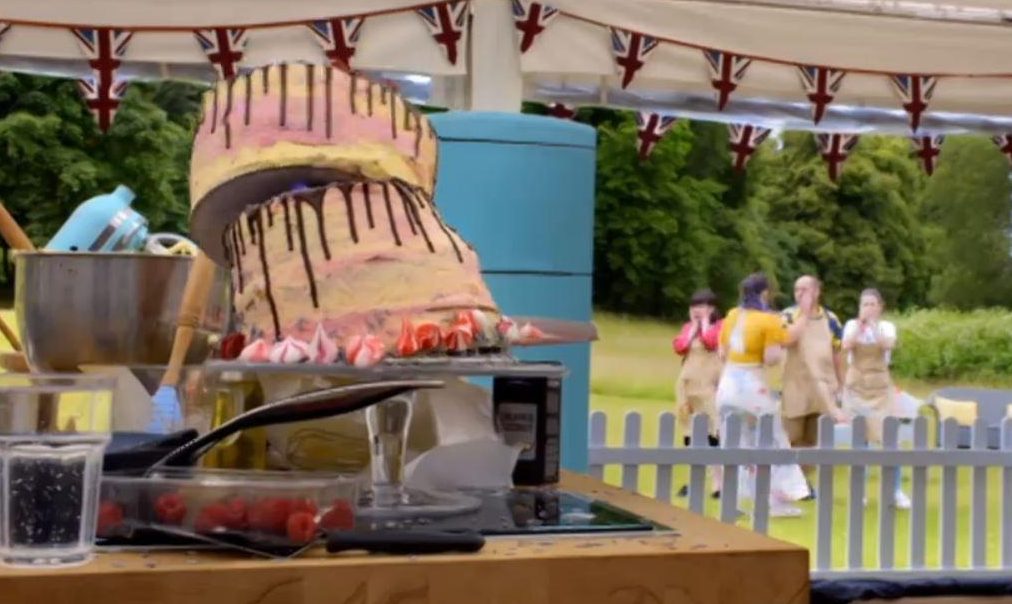 During the final Showstopper task contestants were tasked by Paul Hollywood, 52, and Prue Leith, 78, with making a celebration cake without dairy.

But after finishing off their bakes they walked off and could only look on in horror as the top of the glamorous project manager's cake fell seemingly in slow motion.

Presenter Noel Fielding, 45, broke the news to Ruby, 29, “I think your cake has just fallen” as she burst into tears. 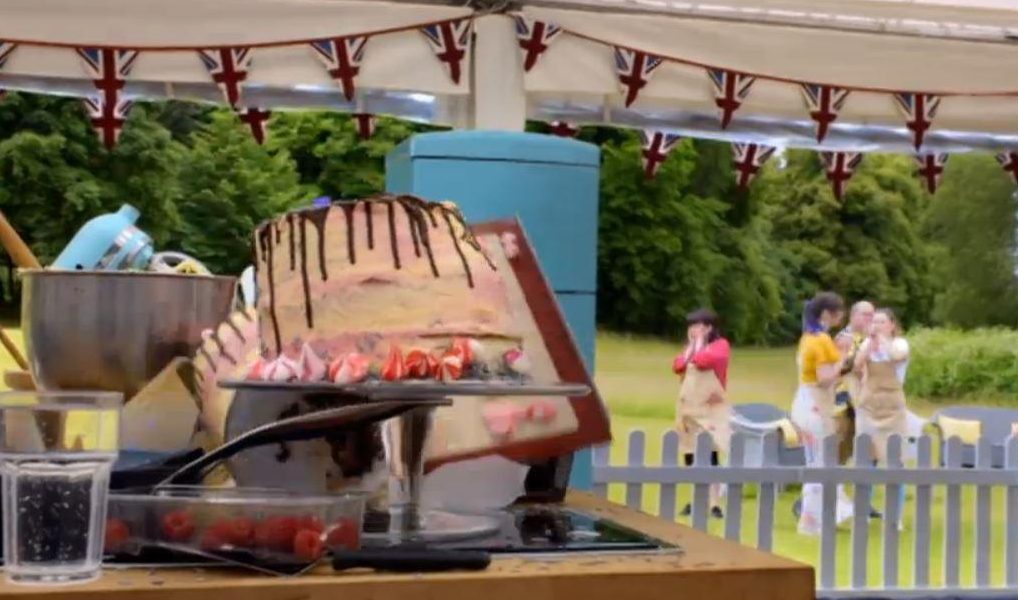 One said: "It actually hurt to watch Ruby’s cake fall! I never thought I’d be watching a baking programme like this… @BritishBakeOff #gbbo #bakeoff"

While this one tweeted: "nooooo ruby #GBBO"

Another fan said: "When that cake fell my heart #GBBO OMG"

But luckily the taste of her cake out did the presentation, and Prue was quick to say how "delicious" it was.

Paul also loved the cake, although he said he favoured the lemon portion of the pud.

Meanwhile, Kim-Joy was named Star Baker for her creation.

But it wasn't a good night for Jon Jenkins who got the boot tonight. 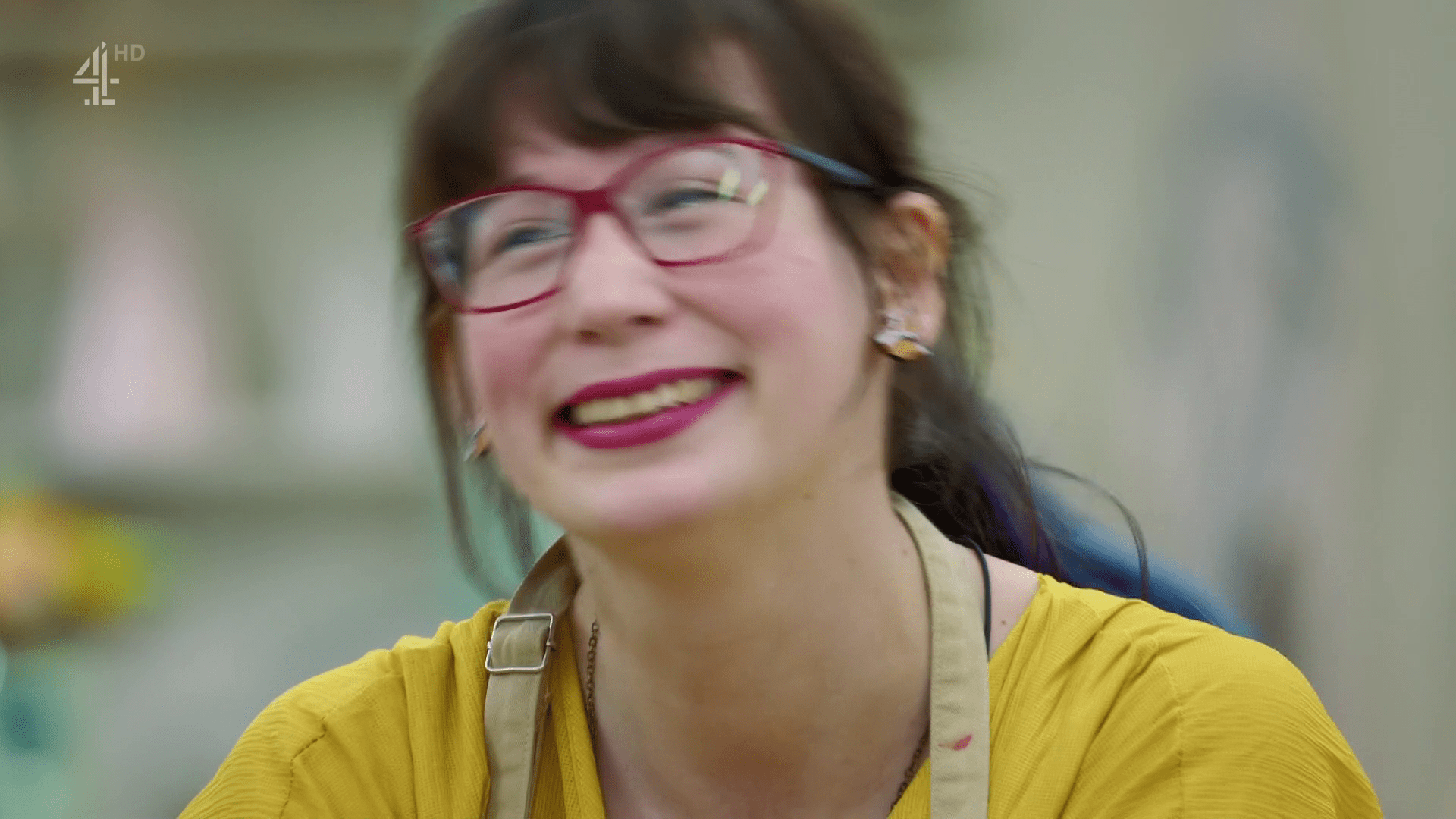 It had been a disastrous night for the 47-year-old baker.

Anti-vegan Jon suffered a catastrophe when he dropped a tartlet in the first task.

He said: “Not really into vegan. It isn’t my thing. Every meal I have has meat. Can we have a kebab week?”