On November 12, 2020, the 17th season of the outstanding medical drama, Grey’s Anatomy, premiered. Since the award-winning show has such a large cast, each member plays a vital role in its success. Most of the characters, like Cristina Yang, Meredith Grey, and Derek Shepherd enjoy the love from the fans. However, Penny Blake, played by Samantha Sloyan, did not share the sentiments experienced by other characters. 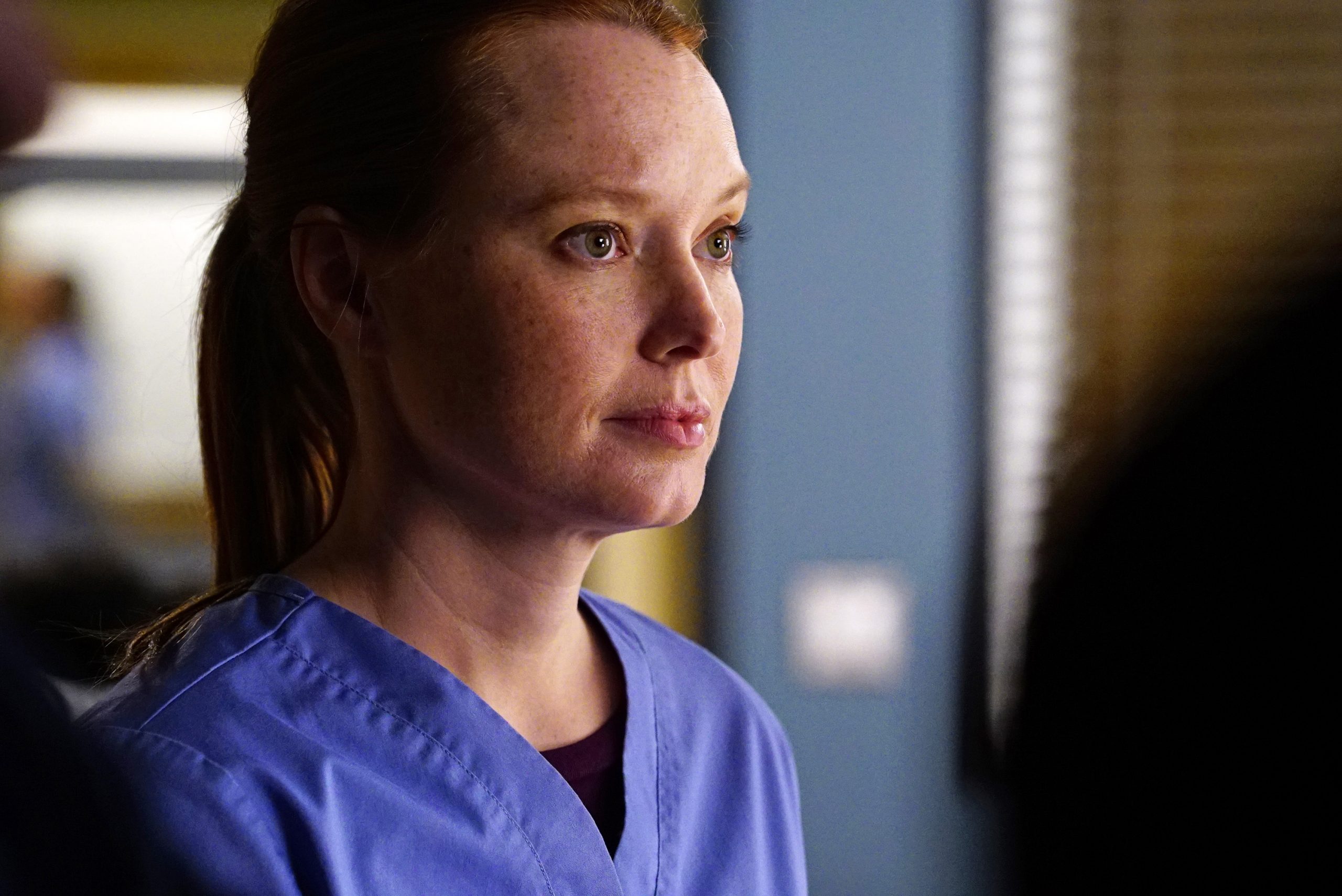 Penny did not manage to stay for long as a cast member of Grey’s Anatomy. She only managed to feature in only 2- episodes of the TV show. Penny made her debut on the show in Season 11 — the episode Derek exited the show. After Derek got into a car accident, he was taken to Dillard Medical Center, where she was a resident.

Penny was in charge of treating Derek. She pointed out that they should carry out a CT scan on him, but the superiors ignored her. Many thought it’d be the last time to see Penny. Later in the show, however, Callie Torres (Sara Ramirez) introduced Penny as her girlfriend. Things took a turn when the resident transferred to Grey Sloan Memorial Hospital, and she was placed under Meredith.

The fact that Penny had something to do with Derek’s death caused many problems when working under Meredith. The Grey Sloan veteran criticized everything that Penny did. But eventually, Meredith did afford Penny leniency. At one time, she even let her help with a kidney transplant.

Penny eventually applied for a grant that would see her move to New York. Callie and Penny agreed to move in together in New York. The agreement led to Callie and Arizona Robbins (Jessica Capshaw) having a custody battle over Sofia.

In season 12’s episode “At Last,” Penny made her exit from the show. According to Screen Rant, Penny exited because Ramirez decided to leave the show. Whichever the reason for her departure, fans were happy she did.

Why do fans hate Penny?

The main reason why fans hate Penny is for the part she played in Derek’s death. A fan speaking on the Grey’s Anatomy Reddit forum referred to Penny as weak because she did not push for the CT scan that would probably have saved Derek’s life. The fan continues to state that she did not make the right decision in a life-and-death situation.

Another reason why she did not resonate with the fans is the part she played in causing the custody battle over Sofia. A fan says that she thought it was against Carrie’s character to carry Sofia across the country due to her lover for Penny. Many viewers felt that having Penny on the show is pointless. One fan points out that she may have been added to create more drama and get rid of Callie.

Penny’s character did not have a chance of getting some love from the fans. Her part in Derek’s death was something fans hated her for and could not forgive from her first episode. Maybe some fans love her, but no one can hear them amidst the many haters, even if they exist. The majority of fans feel she should not have been in the show in the first place.