The Grey’s Anatomy Season 18 winter finale just left fans with a major cliffhanger – literally. In the last episode of the year, the Shondaland series suggested that Owen Hunt (Kevin McKidd) could die. So what happens in the next new episode after the winter hiatus break? The Grey’s Anatomy Season 18 Episode 9 promo trailer dropped some clues about Owen’s fate when the show returns for the Station 19 winter premiere crossover event in 2022.

The Grey’s Anatomy Season 18 winter finale highlighted a major car accident involving Owen, Teddy Altman (Kim Raver), and Cormac Hayes (Richard Flood). The trio traveled to get a donor heart for Megan Hunt’s (Abigail Spencer) son, Farouk (Bardia Seiri). However, the driver had a stroke and died, leaving Hayes, Teddy, and Owen on the edge of a cliff.

In the end, Teddy got out of the car accident to bring Farouk his heart at Grey Sloan Memorial. Then Owen sacrificed himself so Hayes’ kids wouldn’t be orphaned. But as Hayes exited the vehicle, the car fell off the cliff – with Owen inside. Now, the trauma surgeon could be dead. 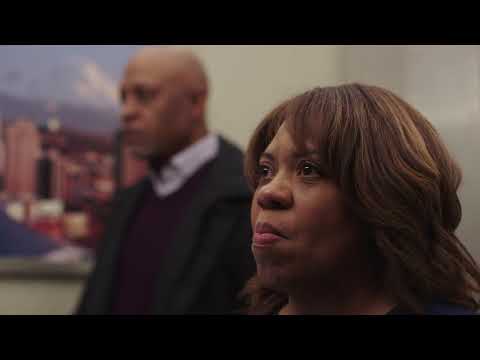 Now, Grey’s Anatomy fans will have to wait and see whether Owen is the next major character to be killed off. The ABC medical drama is on a break until 2022. The Grey’s Anatomy Season 18 Episode 9 promo trailer also confirmed that the winter premiere will be another crossover event with Station 19 Season 5.

In the new preview, Ben Warren (Jason George) leads the team, and he’s determined to “save them.” Then as Andy Herrera (Jaina Lee Ortiz) examines the cliff, someone says that the drop is over 100 feet. But does this necessarily mean that Owen is dead? It’s not looking too good.

As the Grey’s Anatomy and Station 19 winter premiere trailer continues, Ben says there’s “a civilian down,” and a shot of a body bag appears. Then Robert Sullivan (Boris Kodjoe) says someone has “no pulse.”

While it seems like Owen could be dead in the Grey’s Anatomy Season 18 winter premiere, remember that the driver was killed off in the midseason finale. So it’s possible Ben and Sullivan are talking about the man that already died – not Owen.

Meanwhile, the second half of the Grey’s Anatomy Season 18 Episode 9 promo shows how the Grey Sloan characters will be acting in the midseason premiere. Miranda Bailey (Chandra Wilson), Richard Webber (James Pickens Jr.), Jo Wilson (Camilla Luddington), Atticus “Link” Lincoln (Chris Carmack), and Teddy all seem distraught at some point in the teaser. Megan is also seen crying, but the promo doesn’t hint whether she’s in tears over Owen or Farouk.

Hayes also rushes into the hospital with Farouk’s heart, which probably means he catches up to Teddy at some point. Then Hayes calmly tells Meredith about the accident, and it almost seems like no big deal. And later, Hayes talks to Teddy, who presses on “what happened in that car.”

When does ‘Grey’s Anatomy’ Season 18 return with the midseason premiere in 2022? 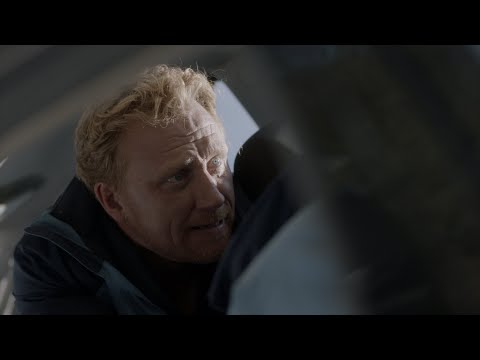 That said, something makes us think that the character’s story isn’t done yet. When Teddy and Hayes talk in the new promo for season 18 episode 9, “No Time to Die,” Owen’s wife isn’t necessarily filled with grief. Rather, she seems almost angry. And remember, the end of the midseason finale revealed a big secret that Owen shared with Hayes.

In the final moments of the winter finale, Owen admitted that he gave Noah Young, the veteran with pulmonary fibrosis, the drugs he needed to die, and he promised three other soldiers he would give them the same drugs. So is Teddy grilling Hayes about this situation rather than Owen’s death in the midseason premiere? It’s possible. But we’ll have to wait and see what happens in February 2022.