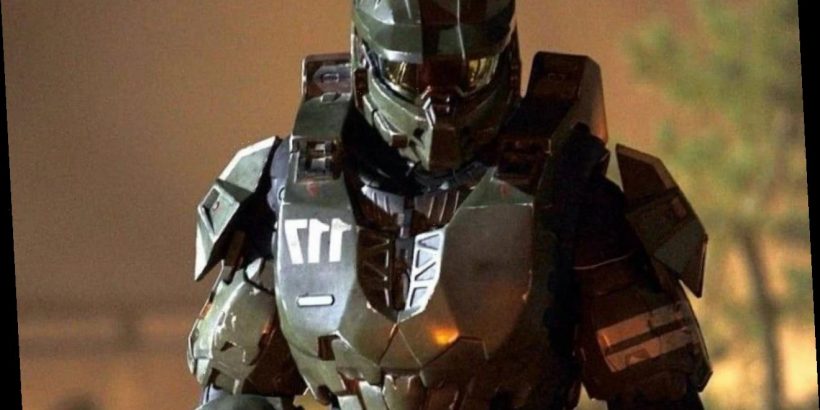 Produced by Showtime in partnership with 343 Industries and Amblin Television, the upcoming TV series, which is based on megahit Xbox game franchise, eyes a premiere date sometime in the first quarter of 2022.

AceShowbiz -“Halo” TV series has found a new home. It has been revealed that the long-anticipated series, which is based on the megahit Xbox game franchise, is switching from Showtime to Paramount+ as it eyes a premiere date sometime in the first quarter of 2022. Deadline is the first to report.

Produced by Showtime in partnership with 343 Industries and Amblin Television, the upcoming TV series will be set in the universe that first came to be in 2001, bringing an epic 26th century conflict between humanity and an alien threat known as the Covenant. Starring Pablo Schreiber, the TV adaptation will deeply explore personal stories with action, adventure and a richly imagined vision of the future.

“We were on the hunt for signature shows beyond the ‘Star Trek’ franchise on CBS All Access and were thinking, what could be a defining series for Paramount+,” David Nevins, Chief Creative Officer and Chairman for CBS, and CEO of Showtime Networks said. ” ‘Halo’ always fit the bill but seeing it, we felt it would work.”

Nevins added, “It delivers the visceral excitement of playing the game, along with a much deeper emotional experience around the Spartans, human beings who got their humanity chemically and genetically altered. The story is about reclaiming what makes them human, and therefore it’s a very powerful story.”

Executive producing the show for Amblin Television are Steven Spielberg, Darryl Frank and Justin Falvey. They are joined by Steven Kane, director Otto Bathurst and Toby Leslie for One Big Picture with Kyle Killen and Scott Pennington producing for Chapter Eleven. As for Kiki Wolfkill, Frank O’Connor and Bonnie Ross, they serve as executive producers for 343 Industries.

Previous reports claimed that “Halo” filmed 55%-60% of its first season before COVID-19 pandemic forced the production team to shut down the filming last March. As if the year-long delay wasn’t bad enough, the first season will have its episode count shortened by one so fans will only have 9 episodes.

It was based on a game that was first announced for Mac. Its original developer Bungie was then acquired by Microsoft in 2000 prior to the launch of the original Xbox console that became a huge hit, grossing more than $5 billion in total.