Note: This article contains spoilers for The Haunting of Hill House.

The Haunting of Hill House isn’t short of lingering ghosts and spooky easter eggs, but one of its stars has just revealed a clue that may have fans seeing the season finale in an entirely new light.

Spanning ten episodes, the Netflix series is very loosely based on Shirley Jackson’s classic 1959 novel, and follows the Crain siblings as they deal with the lifelong fallout of a tragic night at Hill House which results in the death of their mother, Olivia (Carla Gugino).

The season finale, ‘Silence Lay Steadily’ sees the surviving Crains return to Hill House and become trapped in the multi-purpose Red Room, before being freed by their father Hugh (Timothy Hutton) in exchange for his own life.

But, as rumours of a second series continue to circulate, Hill House star Oliver Jackson-Cohen has revealed a potential game-changer — throwing everything we know about the finale up in the air.

“There’s this thing that happens when we’re all in the Red Room,” he told The Wrap.

“Whenever each child, each sibling, is in the Red Room, something in the fantasy is red. And it’ll be a very, very small thing… And so there’s something at the end — it was Kate [Siegel], who plays Theo, who kind of pointed it out to me — with Luke’s sobriety cake.

Worryingly, he is kind of right. 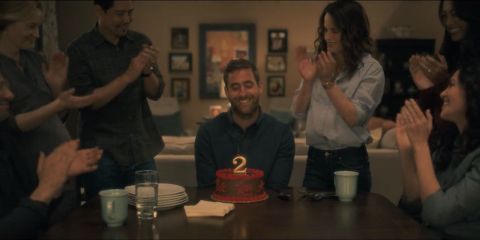 The cake in the closing moments of the final episode does indeed have red frosting, though — thankfully — the base appears to be made of chocolate.

The theory also holds less merit when you consider that the partners of each sibling are also at the gathering to celebrate Luke’s two years of sobriety, which could squash this pretty devastating theory on the spot.

But, then again — this is the Red Room. We’re sure anything is possible in there. 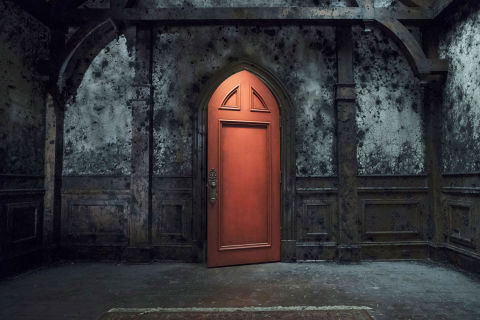 Whether or not the Crain siblings are really still stuck in the Red Room could be further explored in the show’s potential second season, even though showrunner Mike Flanagan has raised doubts that any original cast members would return if it does get ordered.

Speaking previously, Flanagan also confessed to having already ditched alternate ending plans in which the entire Crain family remain trapped in the house, deeming it too “cruel”.

So, we’re sure Luke, Theo, Shirley, and Steven are just fine.

The Haunting of Hill House is available to stream on Netflix now.