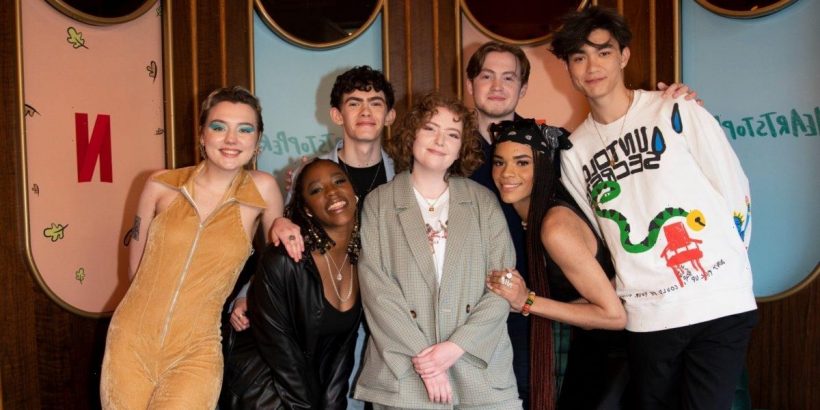 Netflix’s Heartstopper has fans hooked on its realistic portrayal of an LGBTQ story between its two leading male characters. Heartstopper’s story was developed, created, and illustrated into a graphic novel by writer Alice Oseman. Many fans will find Charlie Spring (Joe Locke), Nick Nelson (Kit Connor), and the rest of the characters’ stories are genuinely told with respect because Oseman took inspiration from her own life.

Netflix’s ‘Heartstopper’ has Charlie Spring find love with someone unexpected

Truham High School student Charlie Spring has been open about his sexuality. Despite being openly gay, Charlie has been bullied by his peers and faces battles audiences can relate to. He is in a forced relationship with another classmate who refuses to acknowledge him publicly. Things change when Charlie’s new desk mate is rugby player Nick Nelson.

Nick is considered an example of masculinity among Charlie’s friends and the school. But Charlie finds security in Nick’s kindness and optimism. Nick also treats him with respect. The newfound friendship has Charlie open his eyes to the type of relationship he deserves. Meanwhile, he develops feelings for Nick and Nick starts to awaken to his own sexuality.

Heartstopper takes place in the United Kingdom, with Charlie attending an all-boys school and his friend Elle (Yasmin Finney) attending an all-girls school. Fans will find the characters’ stories feel effortless to watch and genuine. In an interview with SeanzWriters, Oseman explains she took details from her own life for the storyline.

“Often for me it’s taking elements of my personal experience as a queer person. Much of Heartstopper comes from my own life – I too went to a single-sex grammar school in a conservative town in the south-east of England, and the world of Heartstopper and the people in it are all inspired by what life was like there,” explained Oseman.

Oseman was asked how she made Charlie and the characters’ stories relatable in Heartstopper. She admits certain topics are outside her wheelhouse and looks for outside help.

“I do seek out advice from others who know better! Sensitivity readers are a great example of that, and I’ve had really positive experiences with people I’ve hired to read over my work. Research is important too – following people online, watching YouTube videos of people talking about their experiences, reading firsthand accounts and articles. There’s so much information out there that can help you! And knowing when it’s simply not your place to explore a topic is important too,” explained Oseman.

Compared to her other novels, Oseman mostly focused on platonic relationships between her characters. As a young adult genre writer, she once disliked stories that focused too much on romance. Over time, Oseman has realized a romance is necessary for LGBTQ stories like Heartstopper, and fans want a happy ending.

“I think that when it comes to queer relationships, there’s no need to hold back the romance. I used to think I’d never feature a big romance in my works because it’s been ‘overdone’, but I grew to learn that romance hasn’t been overdone if you’re a marginalized person. There are so, so many romances out there that are cis, straight, white, and able-bodied. But outside of that, there still isn’t much variety,” explained Oseman.

The growing romance between Nick and Charlie is key to their overall story of acceptance, sexuality, and who they are. But the series also used romance to highlight other key relationships. Oseman explains, “So in Heartstopper I do give romance the limelight – and in doing so shine the light not only on a gay relationship, but also a lesbian relationship through Tara and Darcy, and an m/f relationship between a cis guy and a trans girl through Tao and Elle.”

Fans can watch Heartstopper’s budding romances and butterflies for themselves on Netflix.