Movie actors doing TV, TV actors doing movies … sometimes you wake up and you're not even sure what you're watching on TV any more. Now comes the latest trend, American actors doing British TV. The British studio ITV has announced that Academy Award-winning actress Helen Hunt will head the cast of its anticipated World War II drama World on Fire. ITV is producing the series for the BBC but the casting announcement comes on the eve of Mipcom, and will no doubt be a strategic move to help sell the series to international buyers. The project, from writer Peter Bowker, will also star Lesley Manville, Jonah Hauer-King and Julia Brown. Production is underway in Prague and will move to Manchester, London, Paris and Berlin. 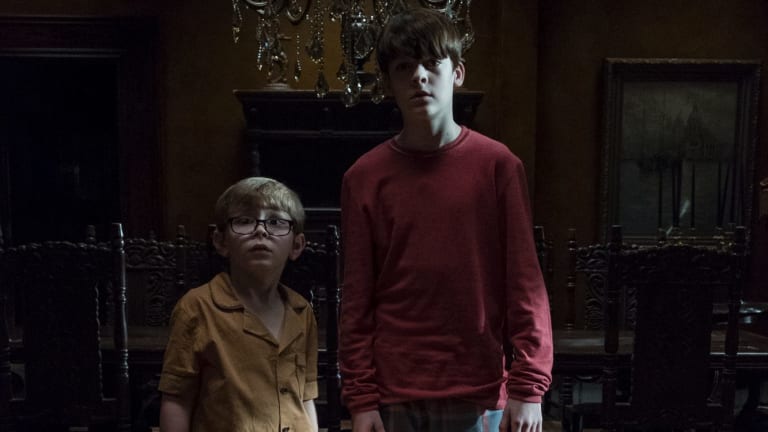 Netflix has previewed its new horror The Haunting of Hill House.Credit:Steve Dietl/Netflix

It was a case of "Netflix and chills" in New York this week as the streamcaster took two huge horror titles to New York Comic-Con: The Haunting of Hill House and The Chilling Adventures of Sabrina. Both series were big draws for the convention, along with a new FX vampire drama What We Do in the Shadows. Horror is back, clearly. Though they share a name, New York Comic-Con is not connected to Comic-Con International, the not-for-profit pop culture convention held in San Diego each July. New York Comic-Con is staged annually in October by Reed Exhibitions at the Javits Convention Centre and Madison Square Gardens in New York. Ticket sales for the four-day event were expected to hit 250,000 this year. 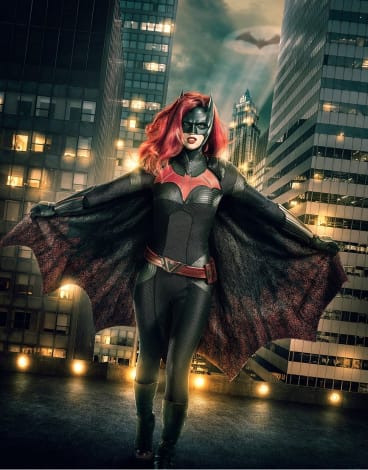 The other major event at this year's New York Comic-Con was the release of a new trailer for the CBS All Access flagship title Star Trek: Discovery which gave audiences their first glimpses of Captain Pike's (Anson Mount) first officer Number One (Rebecca Romijn) and the young Starfleet lieutenant, Mr Spock (Ethan Peck). Peck is the 32-year-old grandson of legendary actor Gregory Peck and is recreating the iconic character played in the original Star Trek series by actor Leonard Nimoy. Romijn's Number One also holds a unique place in Star Trek history; the original character, which featured in the pilot episode "The Cage", was played by Majel Barrett, the wife of Star Trek creator Gene Roddenberry. Discovery's second season airs January 2019; in Australia the series airs on Netflix.

What's a guy gotta do to sell a show around here? The international studio eOne has announced sales for its new police drama The Rookie to 160 territories around the world, including key broadcasters such as the British pay-TV giant Sky, Italy's RAI and the French commercial broadcaster M6. But not yet on the dotted line is a sale for Australia. The series stars actor Nathan Fillion (Castle) as John Nolan, who, after deciding to join the police force, becomes the oldest rookie in the LAPD. eOne's president Stuart Baxter says the series blends "drama, heart and humour". The deal announcement comes on the eve of the TV sales market Mipcom where eOne will showcase the series.

Australian actress Ruby Rose has officially stepped into the role of Batwoman. The US studio Warner Bros, which is developing a series around the character, unveiled the first look at Rose in Batwoman's super black and red costume this week. The costume comes with a solid pedigree: it has been designed for Rose by Oscar-winning costume designer Colleen Atwood. Rose will play Batwoman in a "crossover event" linking three DC Comics-based television series, Supergirl, The Flash and Arrow. Filming on the "crossover event" begins today in Vancouver; it will air in Australia on Foxtel in December. Warner Bros is then planning to move Rose's Batwoman into her own television series in 2019. A pilot for that series will be filmed after the "crossover event".

Whittaker's Who a winner

She's scored rave up reviews from the Hollywood trades and delivered a record audience for a Doctor Who season premiere. So if anyone out there still has a problem with Dr Who turning from a boy Time Lord to a girl Time Lord they'd better put their money where their mouth is. The Hollywood Reporter says actress Jodie Whittaker delivered a "loose and lively, cheeky and irreverent [Doctor], sporting a deliciously homey Yorkshire brogue that will be catnip for anyone entranced by a Midlands accent". We could go on, but you get the point. More importantly for the BBC commissioners who were closely watching the numbers, the episode pulled an audience of 8.2 million viewers in Britain, returning it to the giddy ratings heights of the show's David Tennant era.