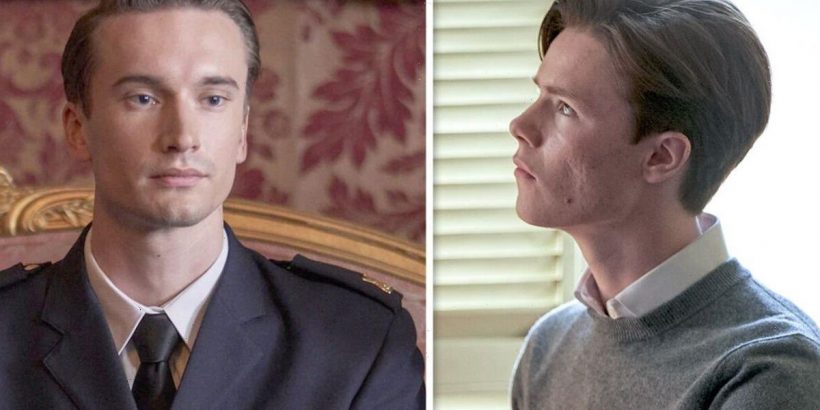 The second series of Young Royals picks up not long after the events of the series one finale with Prince Wilhelm of Sweden (played by Edvin Ryding) gearing up for his return to Hillerska for another term. The crown prince will continue to struggle to take on more responsibility as he’s preparing to become the head of state one day. Amid his anxieties over his future role as king, there’s also his relationship with commoner Simon Eriksson (Omar Rudberg) which was cut short over a leaked sex tape.

What happened to Prince Erik in Young Royals?

In season two, Wille continues to battle between his heart and family duty with the shadow of his older brother Prince Erik (Ivar Forsling) looming large.

Wille became the crown prince after Erik was unexpectedly killed in a car crash in season one, something which the youngster thought would never happen.

Queen Kristina (Pernilla August) called Wille to break the tragic news to him as he found his life changed forever.

Erik was always a mentor to Wille, especially when he first started at Hillerska and gave him advice about trying to adjust to life at the boarding school.

Season two shed further light on Erik, who also saw a counsellor as he coped with the pressures of being the heir.

Erik was also revealed to have had romances but kept them discreet with Kristina trying to convince Wille to do the same in regards to Simon.

Wille was still deeply grief-stricken and missing Erik, something which was all the more heartbreaking when a snow globe from his older brother was smashed during a scuffle with a member of the royal security team as they tried to forcibly remove him from the school.

The snow globe seemed to be another piece of Erik gone from Wille forever with the teen still holding onto the shattered glass ornament.

Season two very much tackled more of Wille’s mental health and anxiety at having to assume the role of heir apparent so swiftly in the wake of his brother’s death.

Through counselling, it appeared Wille started to be reassured about his fears and realise he wasn’t alone in worrying about being the future monarch with Erik also sharing these concerns.

Although Netflix has yet to confirm another season of Young Royals, Erik’s presence will continue to be felt in the show.

Moreover, it’s highly likely viewers will learn more about Erik’s background as he prepared to rule and the challenges he faced, which could parallel those facing Wille.

Additionally, with Wille’s second cousin August of Årnäs (Malte Gårdinger) now named as the back up, there could be further tension with the crown prince really feeling like he needs to live up to his brother’s reputation and honour his legacy.

Young Royals’ head writer Lisa Ambjörn previously said about Wille and Erik’s relationship: “He feels like his brother is perfect and that there must be something wrong with himself for not being able to just keep it together and conform.

“I think a lot of people experience they are younger that they’re trying on different roles, trying to find out where they fit in, Wilhelm just does it within the extremes due to his royal duties.”

Lisa told The Next Rush Magazine in 2021 how Wille’s role as the ‘spare’ to Erik’s heir status “affected him more than he probably knows”.

However, Wille’s growing maturity over the course of season one and assuming more responsibility like Erik was borne out of a “deep affection” for his brother.

Again, Wille seems to be very much a work in progress as he tries to fit into the royal system while trying to find his own happiness.

Should season three happen, fans can expect to see Wille continue on his journey toward maturity and eventually becoming the king.