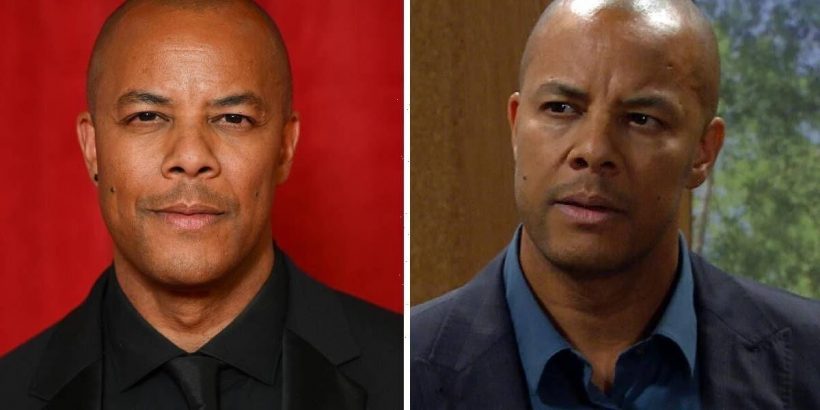 Emmerdale's Jeff Hordely says he worries 'every year' for his role

Emmerdale has been marking its 50th anniversary with some shocking episodes featuring the deaths of numerous characters. Al Chapman (played by Michael Wildman) had been at the heart of one of this year’s big storylines as he had been having an affair with Chas Dingle (Lucy Pargeter). While they were able to keep their illicit romance under wraps for quite some time, it started to come out once Aaron Dingle (Danny Miller) discovered the truth.

Emmerdale actor Michael Wildman has been part of the ITV cast since August 2019.

He is behind the charming yet troublesome Al Chapman and, according to Celeb Heights, stands at just over 6ft 1in tall.

He and his onscreen rival Cain Dingle (Jeff Hordley) are a similar height as his co-star is 6ft.

In fact, many of the current Emmerdale actors have resembling statures.

The tallest of the current Emmerdale actors though is Marlon Dingle’s Mark Charnock at a whopping 6ft 2in tall.

In comparison, Al’s love interest Chas, played by Lucy Pargeter is 5ft 6in so there is a slight height difference between the pair.

Even though Wildman has only been in Emmerdale for a few years, he has managed to annoy a plethora of his neighbours.

Everything started to go wrong for him though when Aaron found out about his affair with Chas.

Her brother and Al’s enemy Cain then found out the truth when he heard a message that was meant for her.

Cain confronted Al in the barn, telling him to back off, and threatened him with a gun.

He did put the weapon aside as they engaged in a fistfight but an episode ended with a cliffhanger as a gunshot went off.

In a shocking turn of events, it was realised that Al had been killed by the blast.

Kerry Wyatt (Laura Norton) walked in to see his body and Cain cleaning the gun, telling her that it wasn’t what it looked like.

She called the police, nevertheless, and had Cain arrested for Al’s murder.

He continues to exclaim his innocence and fans believe another Emmerdale resident is responsible.

Viewers have been taking to Twitter, theorising that it was really Aaron who shot Al.

One fan posted: “Has Aaron definitely left the village? Could he be involved in the shooting?”

Another simply tweeted: “It was definitely Aaron”, whereas a third said: “Aaron shot Al. Cain covering for him”.

Emmerdale is available to watch four nights a week at 7.30pm on ITV.