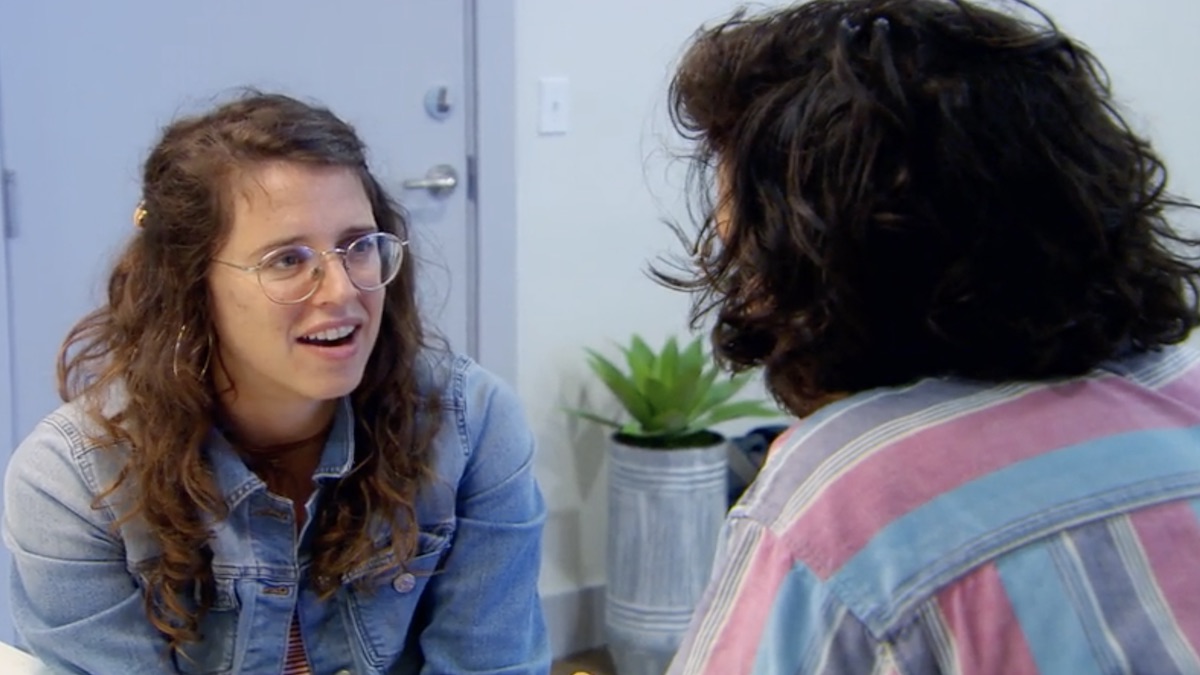 The relationship between Amelia Fatsi and Bennett Kirschner has fans believing in the Married at First Sight experiment again.

The bohemian bride and her thespian husband are both unapologetically themselves on the new season based in New Orleans.

From his nightgown to her funky style, they’ve been able to appreciate the quirks in each other and understand why they were matched.

The couple is a fan favorite

Amelia and Bennett also happened to be the first couple in Married at First Sight history to meet before the wedding – so it’s safe to say the experts got it right when it came to their social behaviors.

Due to their instant chemistry, the two were more than willing to give the marriage a shot when they met at the altar.

The couple has been relatively on the same page for most issues. From agreeing on considering adoption to household chores, the chemistry between this new connection has produced smooth sailing.

Where other brides complained about the size of their spouse’s home, Amelia appreciated the creativity and uniqueness of Bennett’s self-built home.

Amelia also appreciated that Bennett would feel more than secure about her being the breadwinner in the family. As a child, Amelia was cared for by her father while her mother worked as a doctor.

They had one small problem on the horizon

According to the online medical network Doximity, we see that Dr. Amelia has secured a residency in a city that isn’t in Lousiana.

Although she was studying at the University of Queensland Medical School in New Orleans, Amelia has secured a residency near Richmond, Virginia.

Amelia has confessed to living a more nomadic lifestyle, while Bennett is very comfortable with his roots in New Orleans.  This has been the couple’s biggest hurdle as Bennett is heavily invested in the city with his tiny house and theater company.

We have seen Bennett rethink previous decisions in his past, but will he be convinced to leave? He has confessed to seriously seeing a future with Amelia, but only time will tell if he makes the move.

Many viewers agree this is one couple they hope to see work it out and decide to stay married at the end of the experiment.

Will the couple survive the move, or will they divorce on decision day?

Married at First Sight airs Wednesdays at 8/7c on Lifetime.