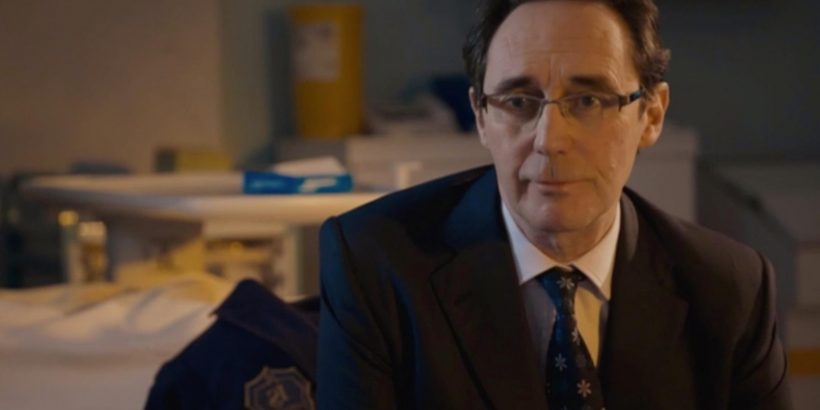 HOLBY City’s Henrik Hanssen has left viewers heartbroken as he finally sought help for his childhood trauma of sexual abuse.

The CEO, played by Guy Henry, was seen struggling with a school bus crash of pupils from his former school, and after 40 years he was left panicked by the reappearance of his former abuser, Reyhan Shah. 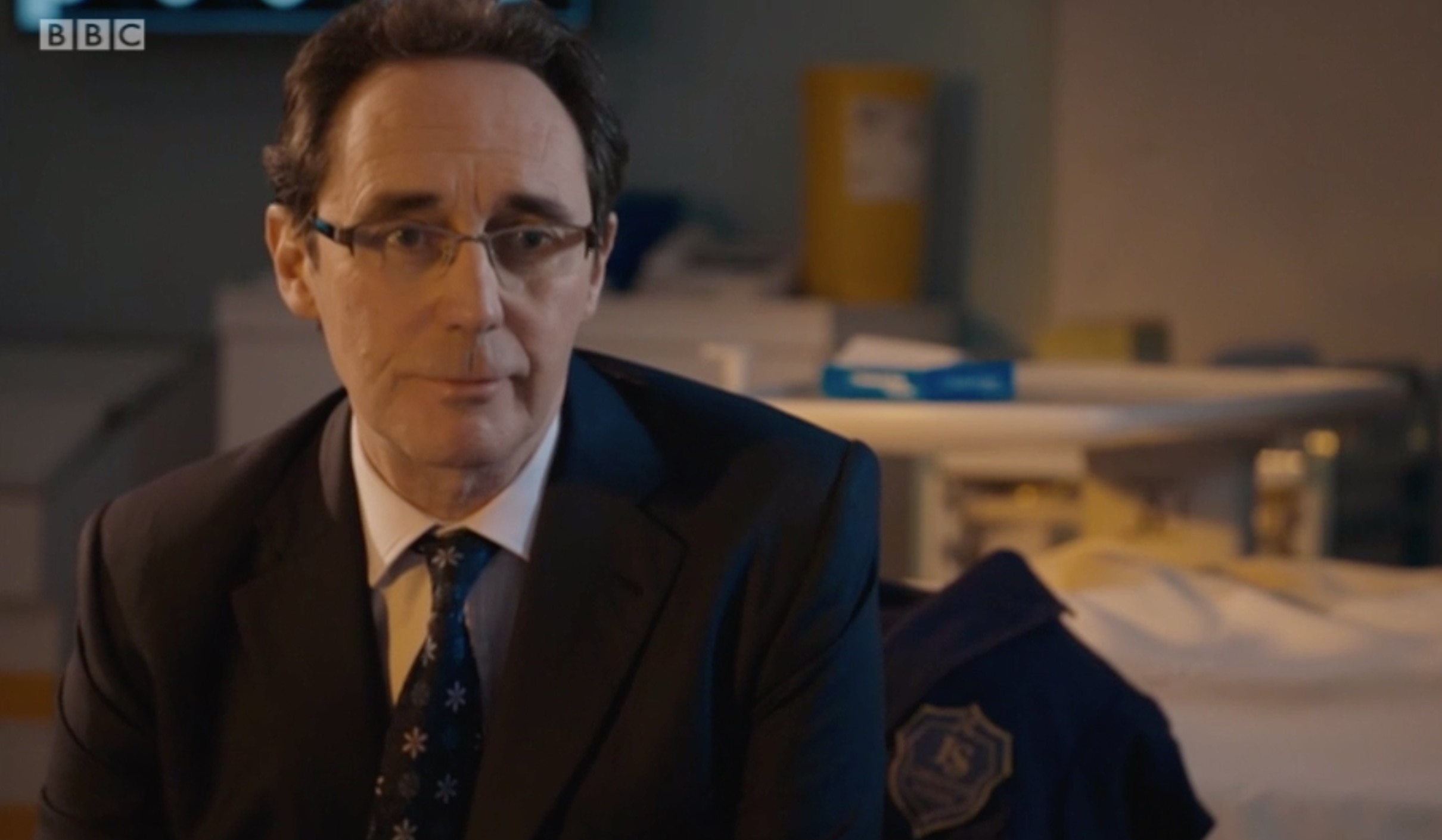 In his panic to relive the painful memories, he resorted to self-harm.

Later on in the episode, Henrik was left heartbroken to discover that Reyhan had continued to abuse children, with pupil Finn (Samuel Menhinick) opening up to him that he too, had been the victim of Reyhan’s crimes.

In order to deal with his own pain, Finn had developed bulimia which had caused massive damage to his oesophagus.

Spending time together as Finn lay in a hospital bed after his operation, Henrik sadly told him: “I think sometimes when we have no control over the pain we might be in, we find things that we can control. 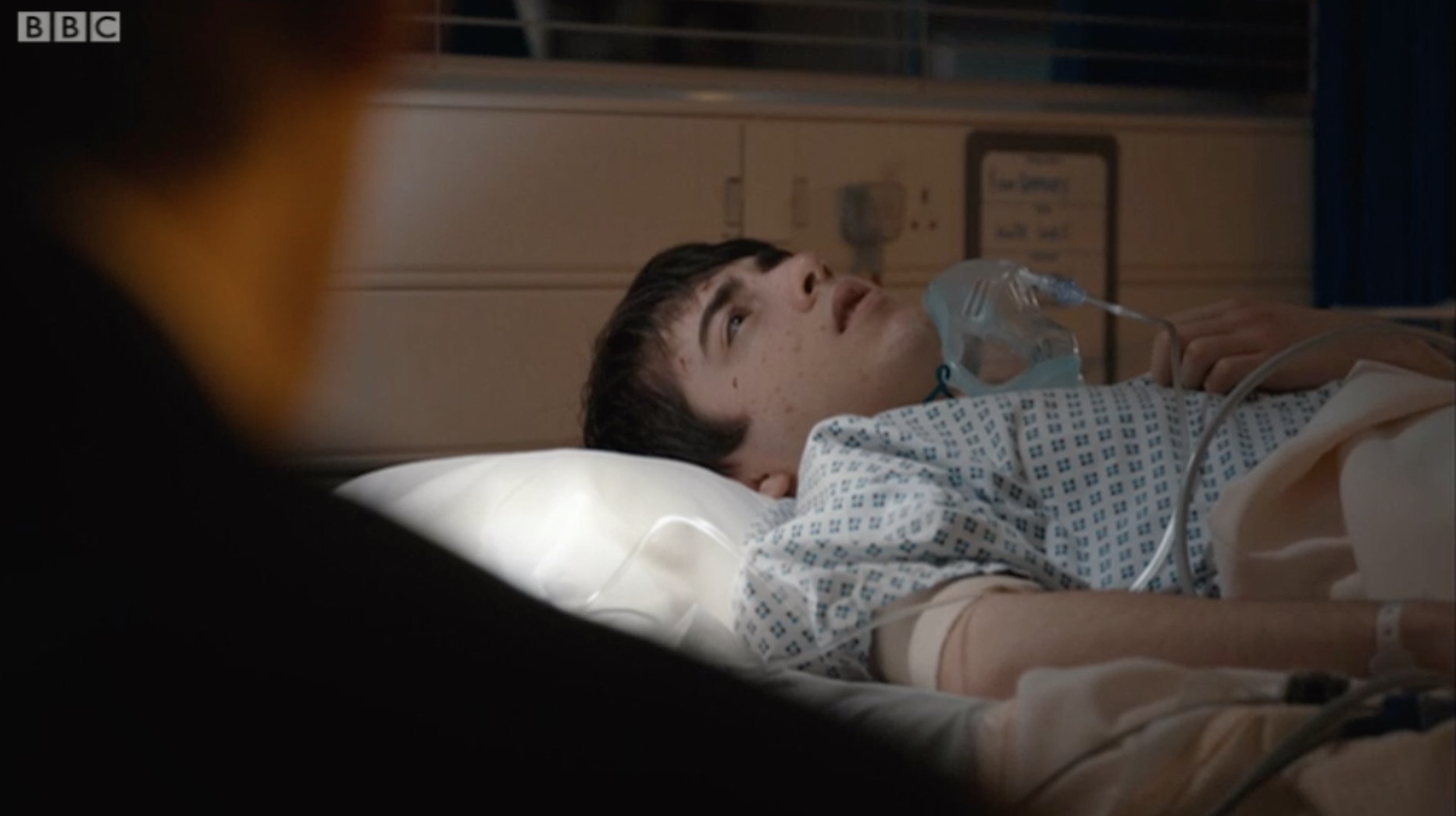 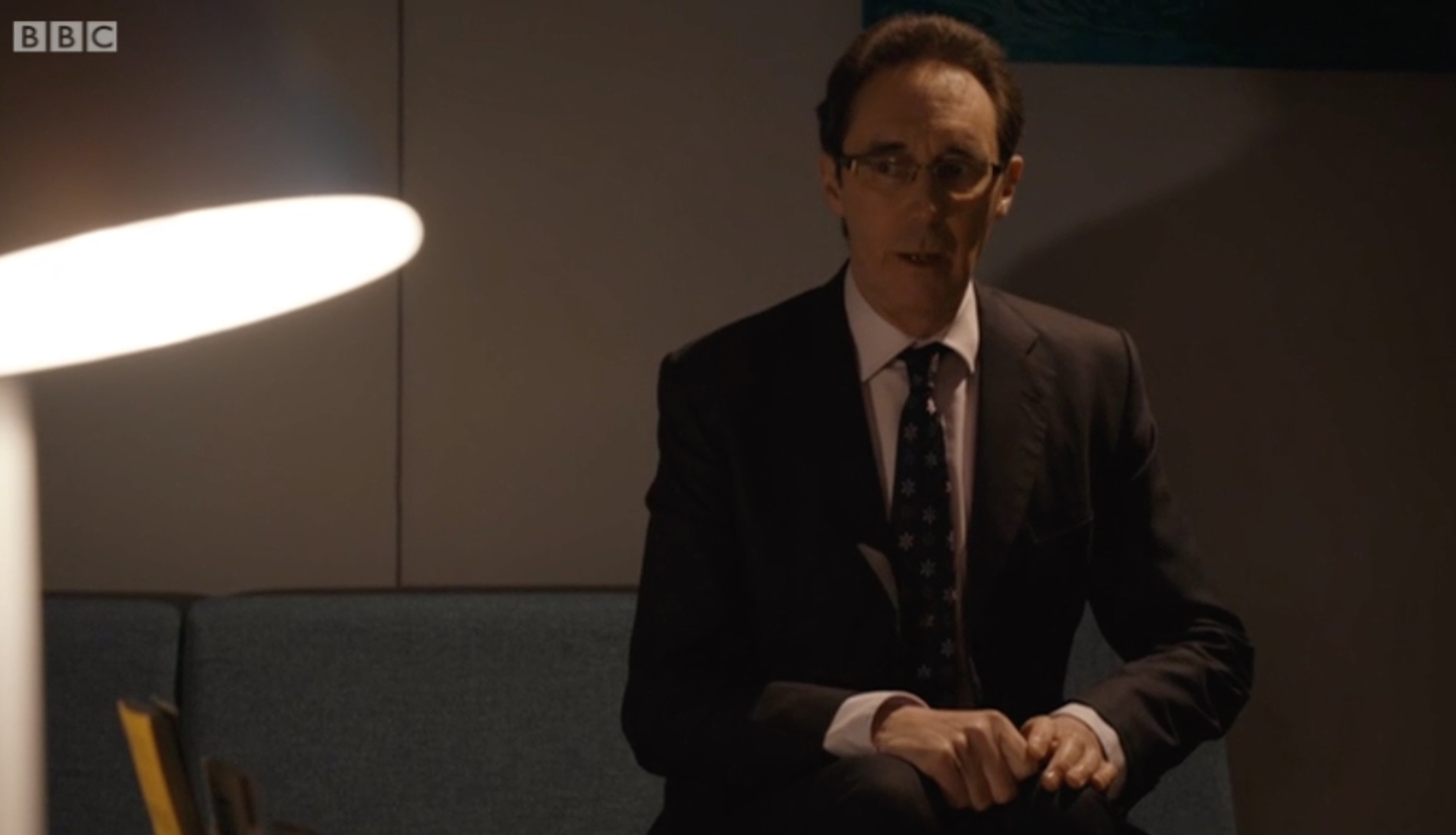 “But that’s an illusion, that’s an illness, and the illness ends up controlling us I think, and sometimes we find harmful ways of releasing the pain that’s inside us.”

Finn then sadly asked: “And if you can’t stop it?”

“Well… then you get help,” the doctor responded, before admitting that he hadn’t done so himself.

He explained: “The world was a different place in those days. Children were seen, not heard.. and definitely not believed.” 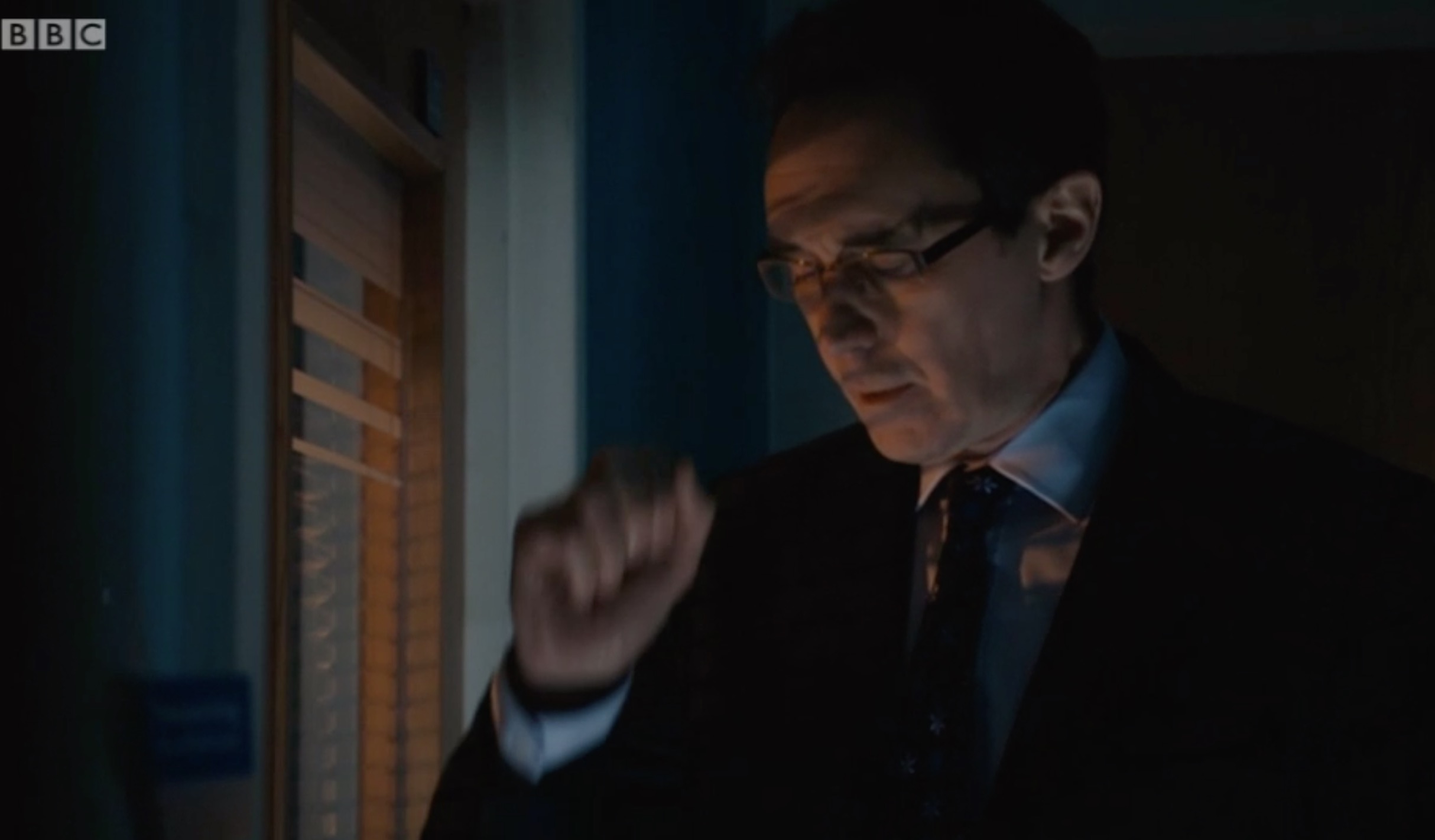 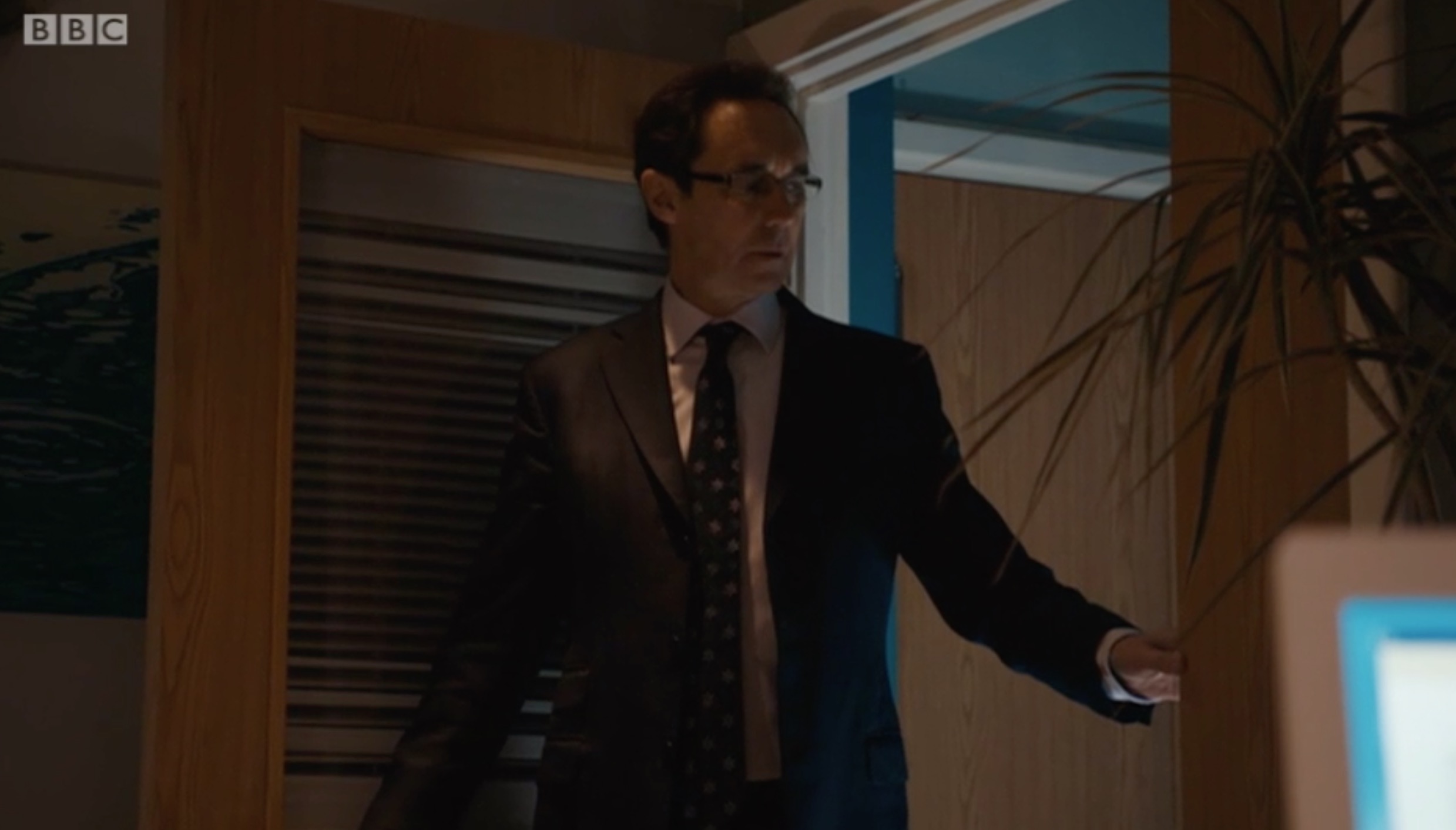 After successfully managing to save everyone from the bus, Henrik finished the episode by talking to Lucky Simpson (Vineeta Rishi).

Heading into her office, he revealed his latest self-harm wounds and told her that he felt guilty for allowing the abuse to continue for 40 years by not speaking up. 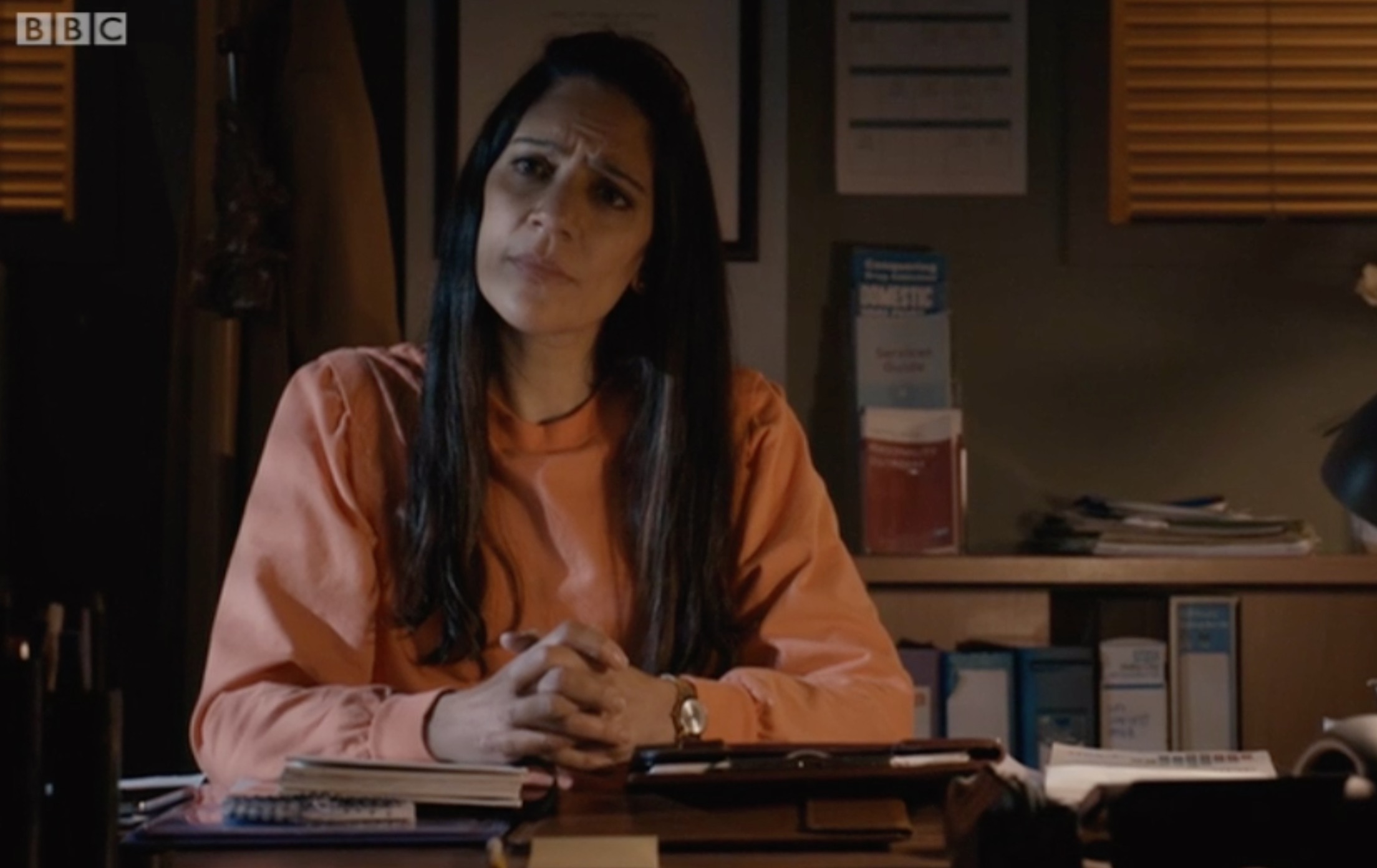 Lucky was quick to comfort him, as he finally sought the help he needed for his mental health.

Viewers at home were left in tears by the scene, praising actor Guy for the emotional performance.

Holby City airs Tuesdays at 7.50pm on BBC One.