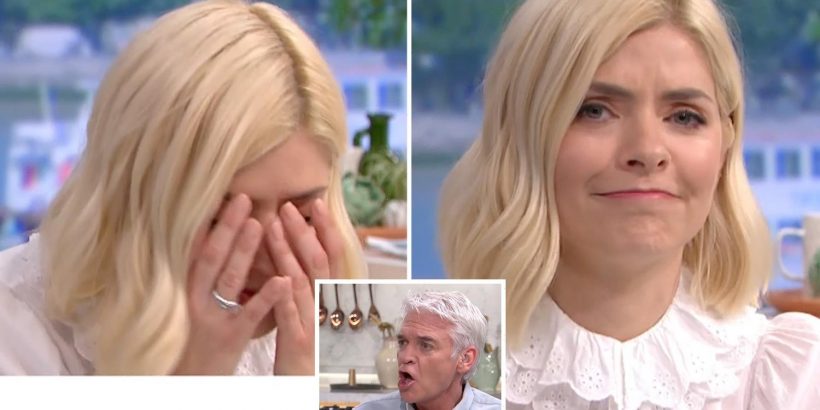 HOLLY Willoughby was horrified as Phillip Schofield told a This Morning caller to sack her "nightmare" bridesmaid.

The 40-year-old put her head in her hands as she squealed: "You can't do that!" 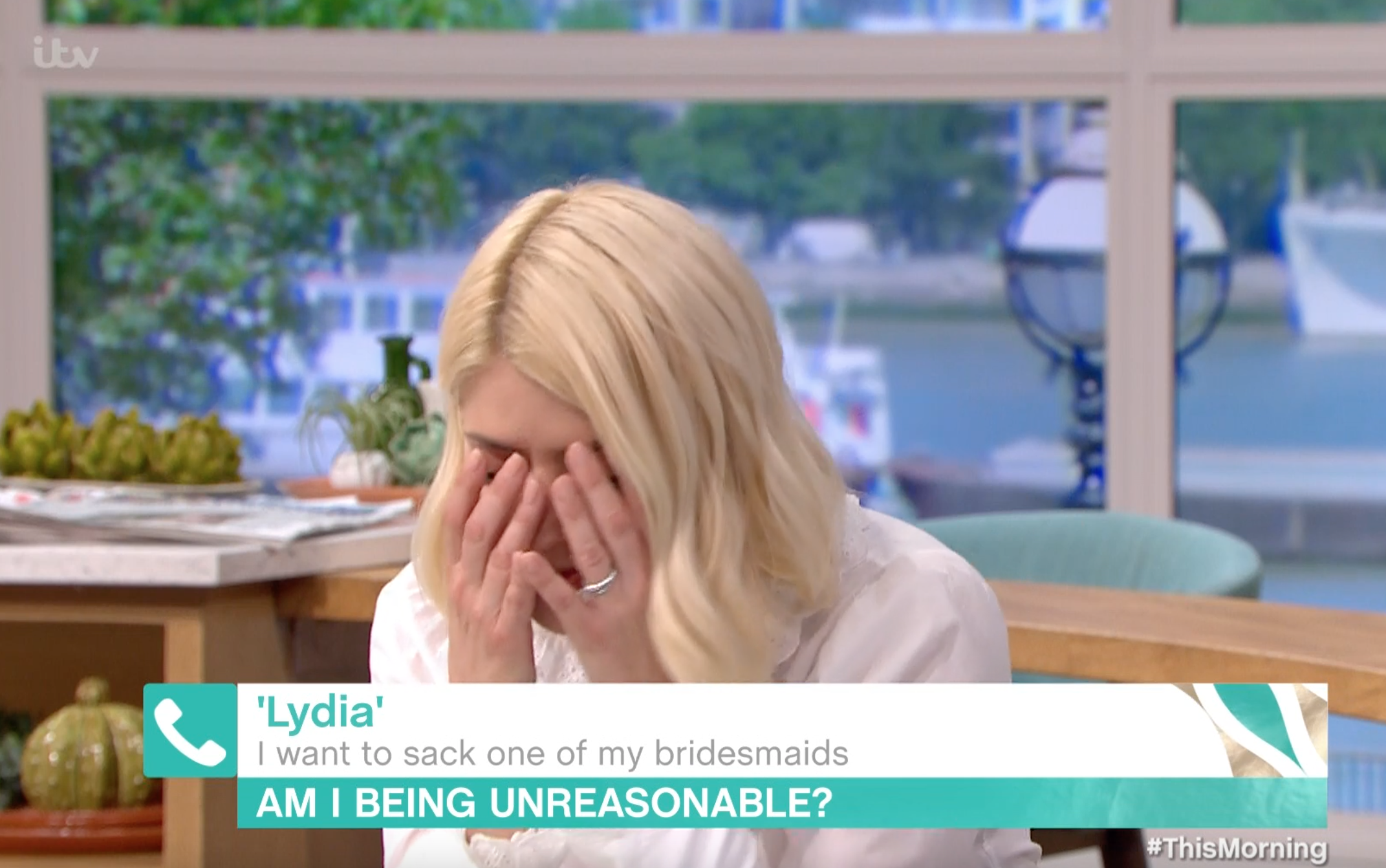 The viewer wanted advice on what to do about a family friend she's known since birth who has been ignoring her calls for a year.

"Ever since February last year I've hardly heard from her. She's ignoring texts and hasn't met my 10-month-old son.

"I think it's to do with her new boyfriend."

Giving his advice on the situation, Phillip said: "If she's not that fussed about it all then get someone else." 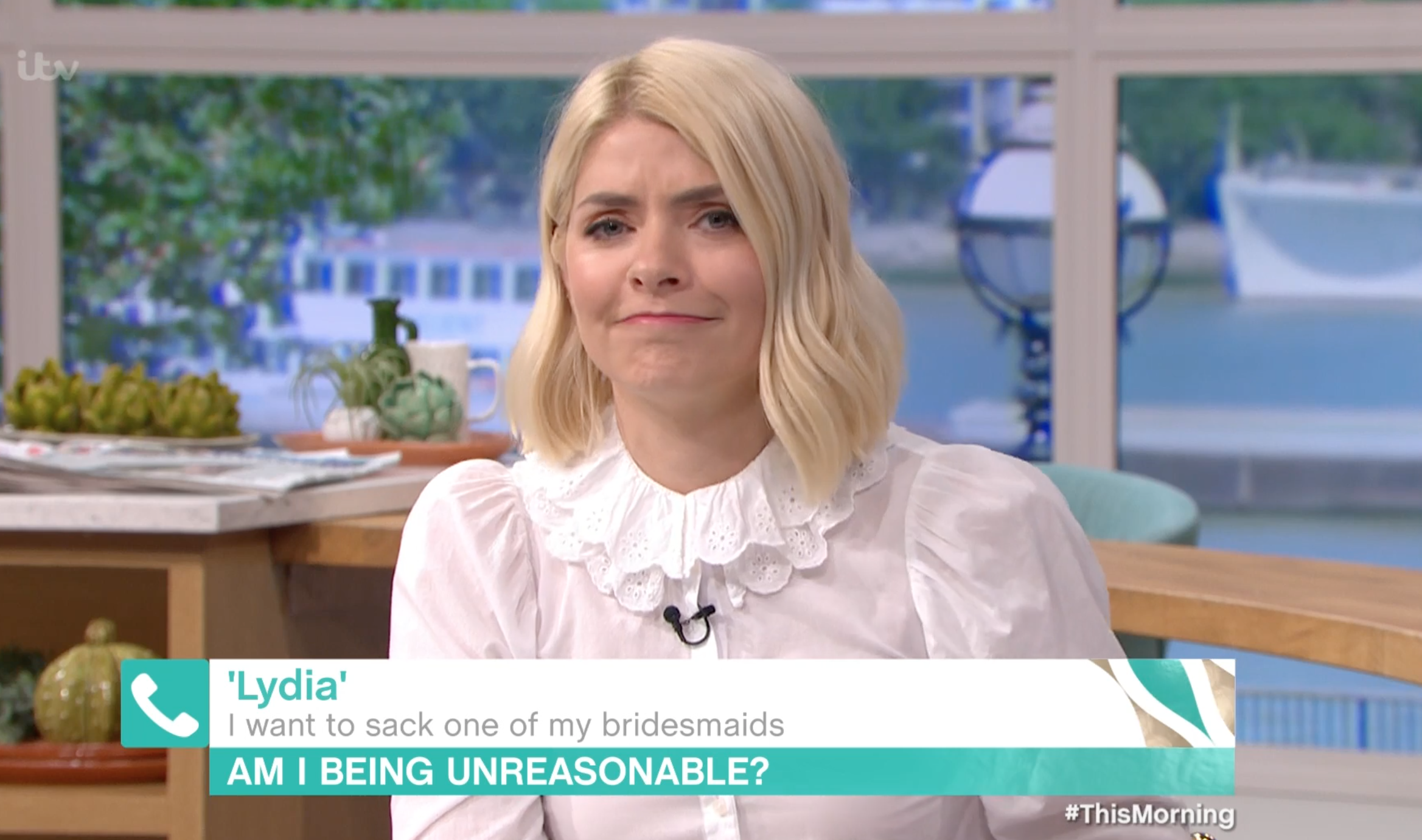 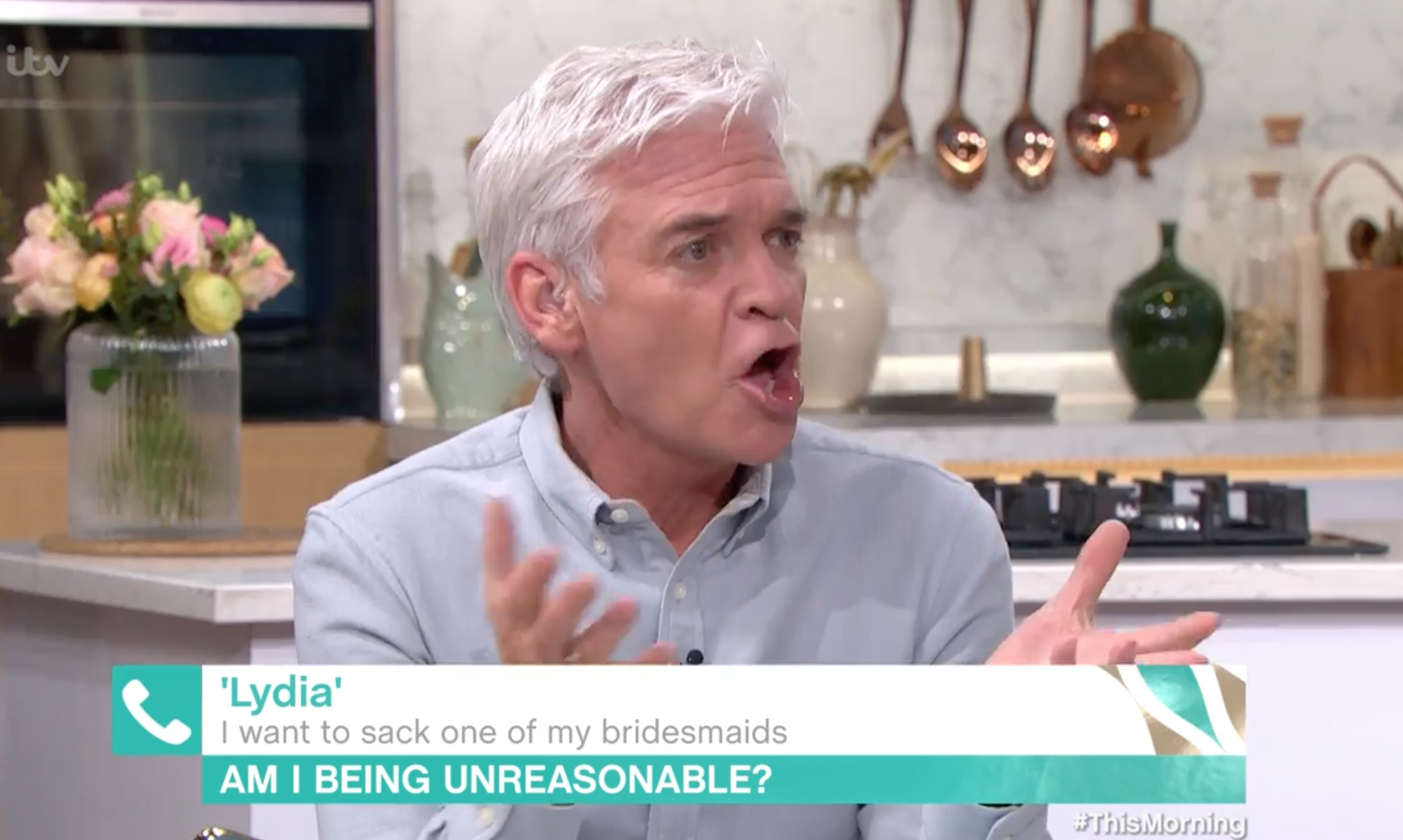 Shocked Holly squealed "no" and put her head in her hands before asking: "Can you do that?"

"All she's doing is making you unhappy. Whats the point." 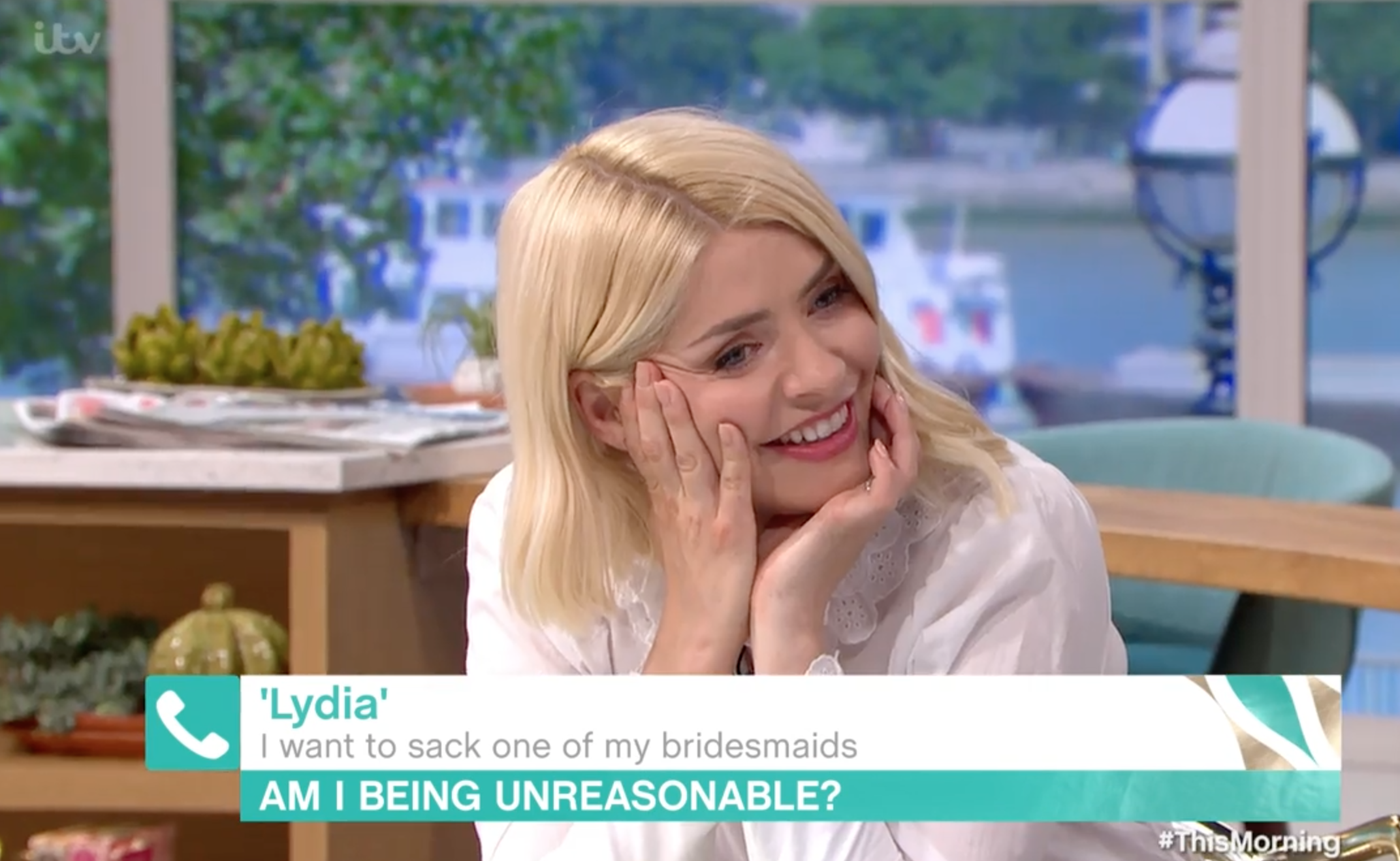 But Holly argued: "I think you're judging a whole lifetime of friendship on the last year which has been really difficult."

But when the caller added that the cheeky bridesmaid told her to rearrange the date to suit her, outraged Phillip shouted: "On your bike love."

He added: "Don't fall out with her, life is too short for that. But do it in a gentle way, say you're obviously you're busy and you're not that interested so I'm going to give the job to someone who cares."

"Don't end it on that bit!," laughed Holly before adding: "Enjoy your big day – whoever is walking behind you up the aisle."