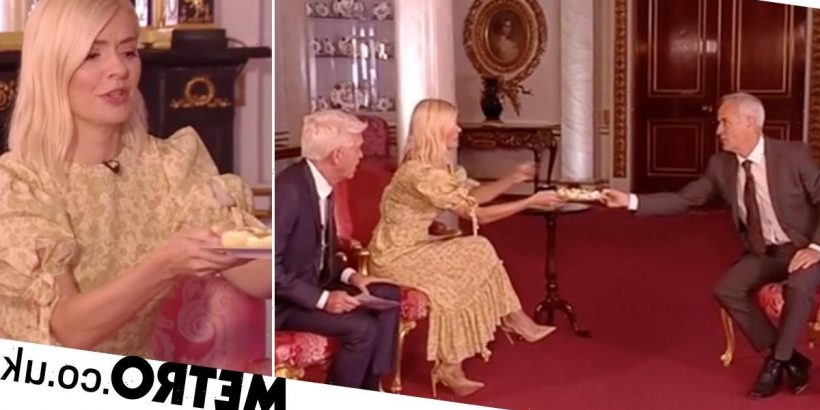 Holly Willoughby was given a telling off by co-star Phillip Schofield after she nearly caused quite the mess during This Morning’s special broadcast Buckingham Palace.

Holly, 41, and Phil, 60 were dressed up to the nines to host This Morning live from Buckingham Palace on Tuesday.

The pair showed viewers around some of the interiors and beautiful gardens ahead of the Queen’s Platinum Jubilee, which takes place over the first few days of June.

The presenters were having to be particularly cautious as they broadcast from the Queen’s iconic London property, which is also packed full of historic items from prior monarchs.

But at one point, Holly nearly got herself into quite a bit of trouble, when chef Phil Vickery presented the hosts with a delicious treat.

He delivered a plate full of scones topped with jam made with fruit from the grounds of the Queen’s various homes. 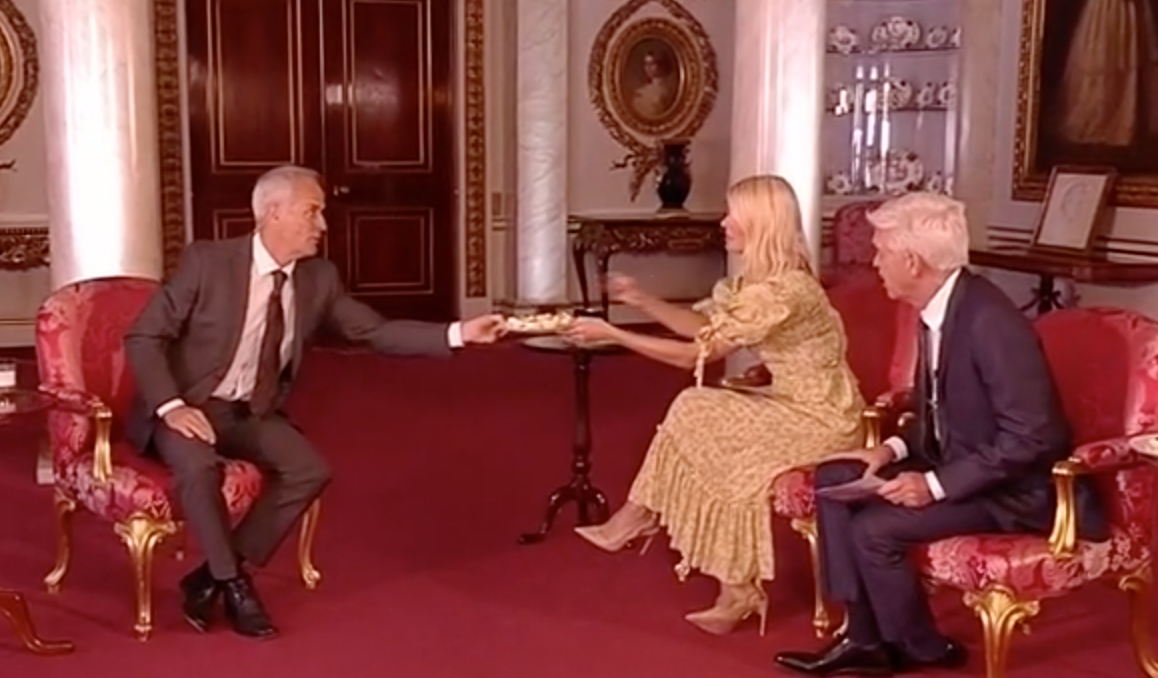 When he asked Holly if she wanted to try one, she replied: ‘Delicious, yes. I’ll take one and nibble it in the break. ‘

But her co-star Phillip was instantly panicked, as he weighed in: ‘Just don’t drop it on the carpet!’

He then repeatedly shouted ‘don’t’ at Holly as he became concerned she could be about to drop a plate of scones all over that very expensive carpet.

Holly didn’t know where to look, as she held the plate up tightly to her chest.

She told viewers: ‘I don’t want to hold it, I’m not going to touch it. I’m just going to read to the break.’

‘Be very careful, do you want to give them back?’ Phil asked.

‘No it’s fine, I just don’t want to move I’m just frozen on the spot!’ she replied, as they went off to a quick ad break.

Queen Elizabeth II’s Platinum Jubilee weekend – Thursday, June 2 to Sunday, June 5 – is set to be the country’s ‘biggest ever’ celebration.

The occasion is expected to be bigger than the celebrations for Queen Victoria’s Diamond Jubilee – and events on TV could be watched by over a billion people worldwide.

This Morning airs weekdays from 10am on ITV.