Hollyoaks has revealed the first official details of its much-anticipated autumn stunt, which will see the village hit by a deadly storm next week.

The terrifying weather conditions will coincide with Ste and Harry’s already-dramatic wedding and the explosive comeback of Stephanie Davis’s character Sinead O’Connor.

Unsurprisingly, Sinead quickly finds herself back at the centre of drama upon her return, with Sami Maalik coming to her rescue when he finds her out in the rain. 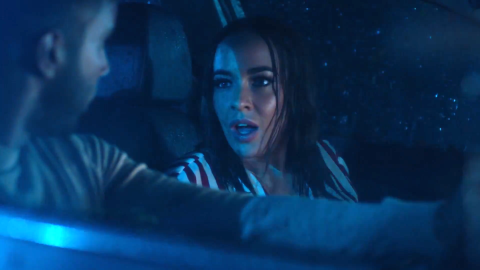 Sinead’s intentions for returning soon become clear when she later confesses to Sami that she’s only back to ruin Ste and Harry’s wedding.

However, they can’t even get close to Hollyoaks as they hit something in the road – and that’s just the start of the chaos.

With the weather getting worse, everyone will be forced inside – where they camp out in The Dog for shelter. 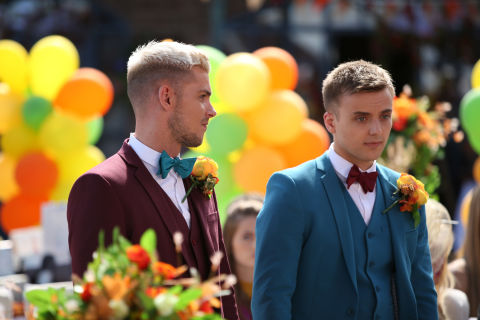 As the storm intensifies, carnage quickly ensues when there’s a dramatic structural collapse as a result – putting several lives in danger.

Fans will have to tune in to find out who manages to escape unscathed – and who doesn’t – but we already know that the high-stakes scenes will lead to tragedy.

Show boss Bryan Kirkwood recently told Digital Spy: “October is always a troubling time for the residents of Hollyoaks, so I’d say that fans should expect to cry a few tears.” 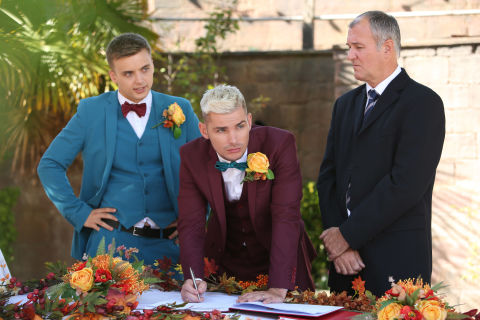 He added: “This year, we were keen to find something that the Hollyoaks fans haven’t seen before in our show. There isn’t a villain at the centrepiece this time around, but what we do have is loads of stories all coming together, with plenty of heart and emotional consequences.

“It’s a whole week of thematically-linked episodes. Our stories of the year are all peaking brilliantly across the week, under the black skies of the storm, so it’s a fantastic treat for the audience.

“Secrets that the viewers have been desperate to be revealed are blown all over the shop. We have revelations, there are departures and there’s a fantastic return from the past in the form of Sinead.”

Hollyoaks‘ storm scenes follow in the footsteps of previous big-budget autumn spectacles, such as the school explosion in 2017 and the fairground disaster in 2016.