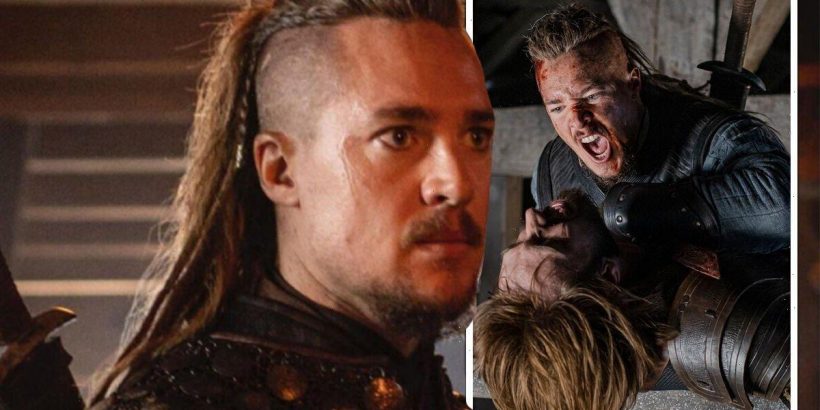 Alexander Dreymon thanks fans as The Last Kingdom wraps

The Last Kingdom came back to Netflix for season five and fans were sad to hear it would be the last part of the series. Uhtred actor Alexander Dreymon spent time on both sides of the camera as he made his directorial debut. The actor admitted he broke his hand when he was filming for the final season.

How did The Last Kingdom’s Alexander Dreymon break his hand?

The final part of The Last Kingdom was certainly the most action-packed yet as it featured plenty of fierce battle scenes.

Uhtred, his friends and allies were confronted by many enemies as the historical drama reached its climax.

The warrior faced his friend-turned-enemy Brida (Emily Cox) as she set out to get her revenge on him for abandoning her.

The final battle at Bebbanburg will also go down in history as one of the most impactful moments of the show.

Actor Dreymon opened up about how he broke his hand whilst filming a stunt.

He said: “It was in the last block and I used this protection that was moulded to my hand.

“I wrapped the hand so it was stabilised and even knowing it, you don’t notice it. It went really well.

“Our stunt coordinator just did as much as he could to coordinate the fights in a way where it wouldn’t impact the hand too much.

“They are such an amazing team, I have to say the injuries we get are usually because we go too far.

“Not because they mess something up,” he told Cosmopolitan.

Levente Lezsák was the stunt coordinator for the Anglo-Saxon drama’s final season.

He said: “Levi is so calm, and he’s so loving and empathetic, and the stunts are incredible.

“Really, the horses are doing all the work because Levi’s trained them so well.

“There are battles going on, there are people screaming, there’s blood flying everywhere, and the horse will just be standing there, so unphased by what’s going on.

“Levi creates such a comfortable atmosphere to work in, that the eventual outcome is a good one because everyone was safe in the environment that he created.”

Levente is responsible for all the action sequences in the series, including battles and horse stunts.

Commenting on working with Dreymon on the season five stunts, he said: “With Alex, it’s really great to work with him, because he has really clear ideas for what he wants to do.

“And it helps me a lot. So we used to sit down, and we used to break down the script together, and we used to look through all his fights and work out together all the beats, and it’s really great, it’s great to work with him.”

He said he was most excited for the final battle at Bebbanburg, describing the moment as “a big firework at the end of the show”.

Uhtred’s story will continue in the upcoming Netflix film, Seven Kings Must Die.

Although it will act as a standalone story, the film will bring Uhtred’s journey to a satisfying end.

Both the film and the series are based on The Saxon Stories by author Bernard Cornwell.

The Last Kingdom seasons 1-5 are on Netflix now.