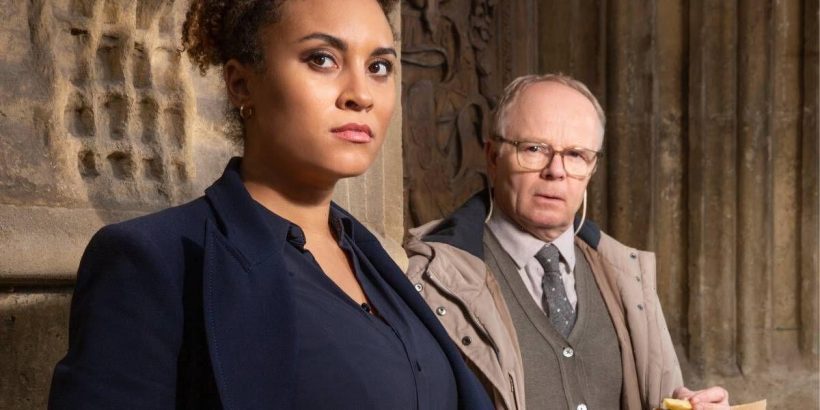 McDonald and Dodds will soon be returning for its series three premiere on ITV with the unlikely duo back at it again, investigating the mysterious murders in Bath. The crime drama was last seen in 2021 and due to its growing fanbase, it was quickly renewed for a third series. Here’s everything there is to know about the next season of McDonald and Dodds.

How many episodes are in McDonalds and Dodds season 3?

McDonald and Dodds was first brought to life in 2020 when there were just two feature-length episodes.

Last year, ITV upped the episode count to three instalments so there has been no set pattern when it comes to how long a series is so far.

Season three will be the drama’s longest yet as McDonald and Dodds latest series will be made up of four episodes in total.

As with the previous series though, these won’t be your normal one-hour instalments.

Each of the McDonald and Dodds episodes will be feature-length at around 90 minutes each.

So every week fans are going to be able to enjoy an evening of the detectives doing what they do best.

Last year, there was a three-month gap between episodes two and three due to filming delays caused by the coronavirus pandemic.

This time around, there will be no need to wait very long for every episode as it is going to air weekly.

Therefore, the McDonald and Dodds season three finale will be out on Sunday, July 10.

If you’re not going to be able to watch the series live every week, there there is an alternative.

Once an episode airs, it will then become available on the channel’s streaming service ITV Hub.

Fans can also binge-watch the previous two series which are currently available on the hub as well.

Along with actors Jason Watkins and Tala Gouveia, there will be a new face joining the regular main cast.

Skinner is best remembered for starring in the BBC sitcom Outnumber for seven years as mum Sue Brockman.

Besides from the comedy, Skinner has been in Scream Street, Hilda and Vanity Fair, just to name a few.

The season three premiere episode will be entitled Belvedere and sees another puzzling case fall into the laps of McDonald and Dodds.

The synopsis reads: “The chalk-and-cheese police partners are tasked with untangling the mysterious circumstances surrounding the death of a young woman in a busy park in broad daylight, surrounded by witnesses and with a spooky smile on her face.”

McDonald and Dodds season 3 premieres on Sunday, June 19, at 8pm on ITV.