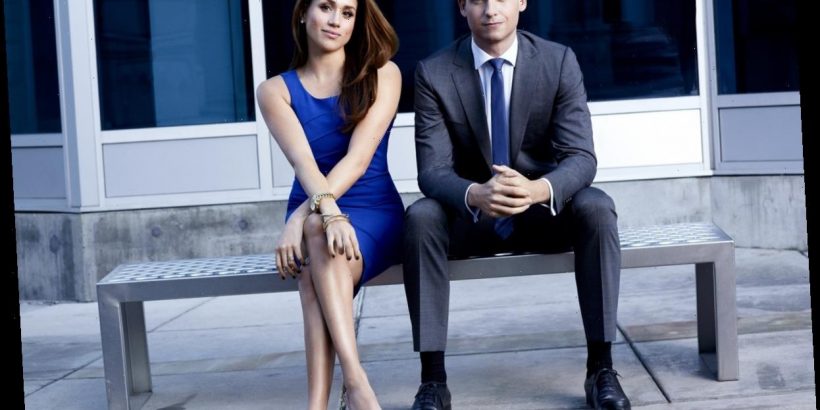 Before she was Meghan, Duchess of Sussex, the former royal starred in a popular network drama series. Meghan grew close with her Suits on-screen love interest over the years. Interestingly, Patrick J. Adams’ wife and his TV characters’ partner have more in common than readers might expect. 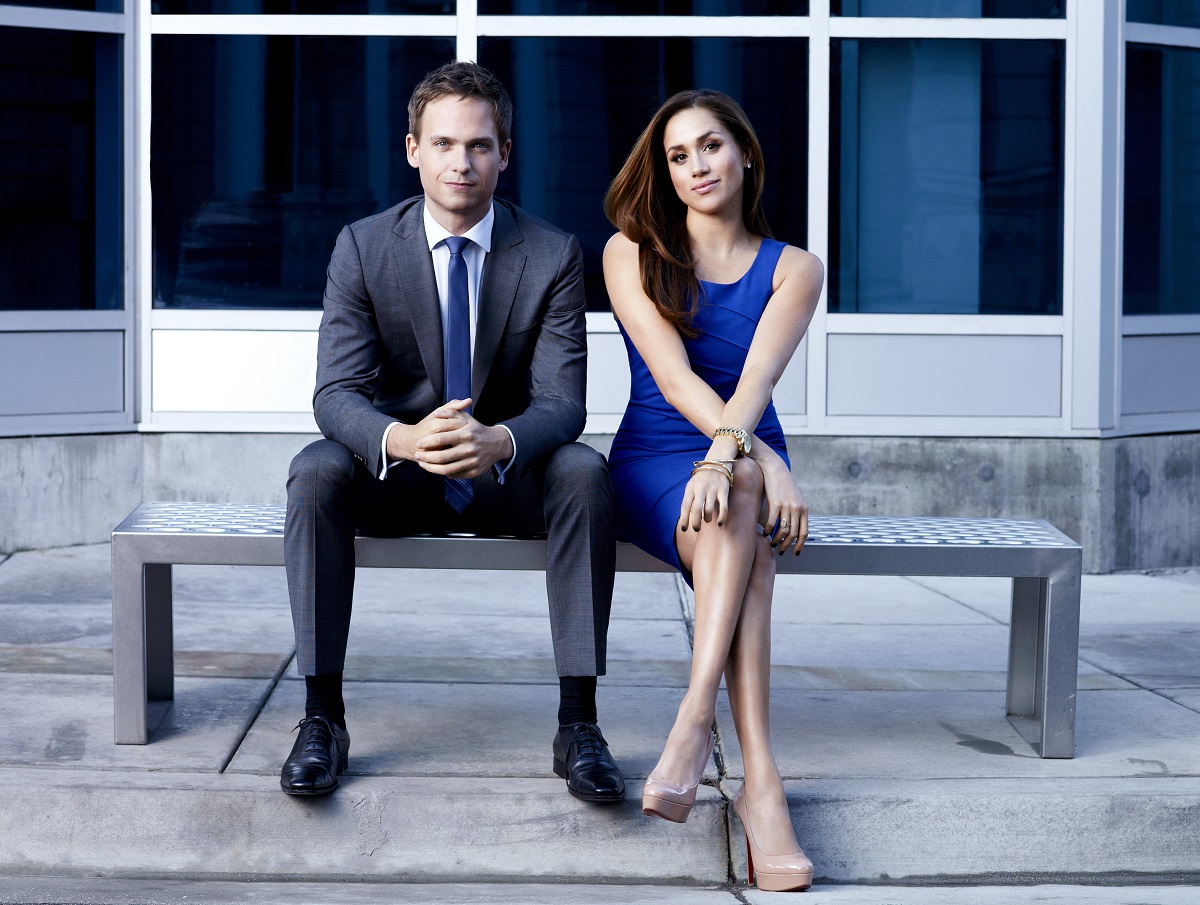 Though Meghan began acting years earlier, her work primarily included small guest spots in TV shows like The League and films such as Horrible Bosses. Her role in the USA Network legal drama Suits took her to another level, as she starred as Rachel Zane, a paralegal-turned-associate at a New York City law firm.

The series begins with Mike Ross (played by Adams), who obtains a job at the film despite having been expelled from law school. Mike and Rachel fall for one another and remain a central couple of the series through season 7. Both actors departed the show ahead of its final two seasons.

Adams attended the royal wedding with his wife, Troian Bellisario 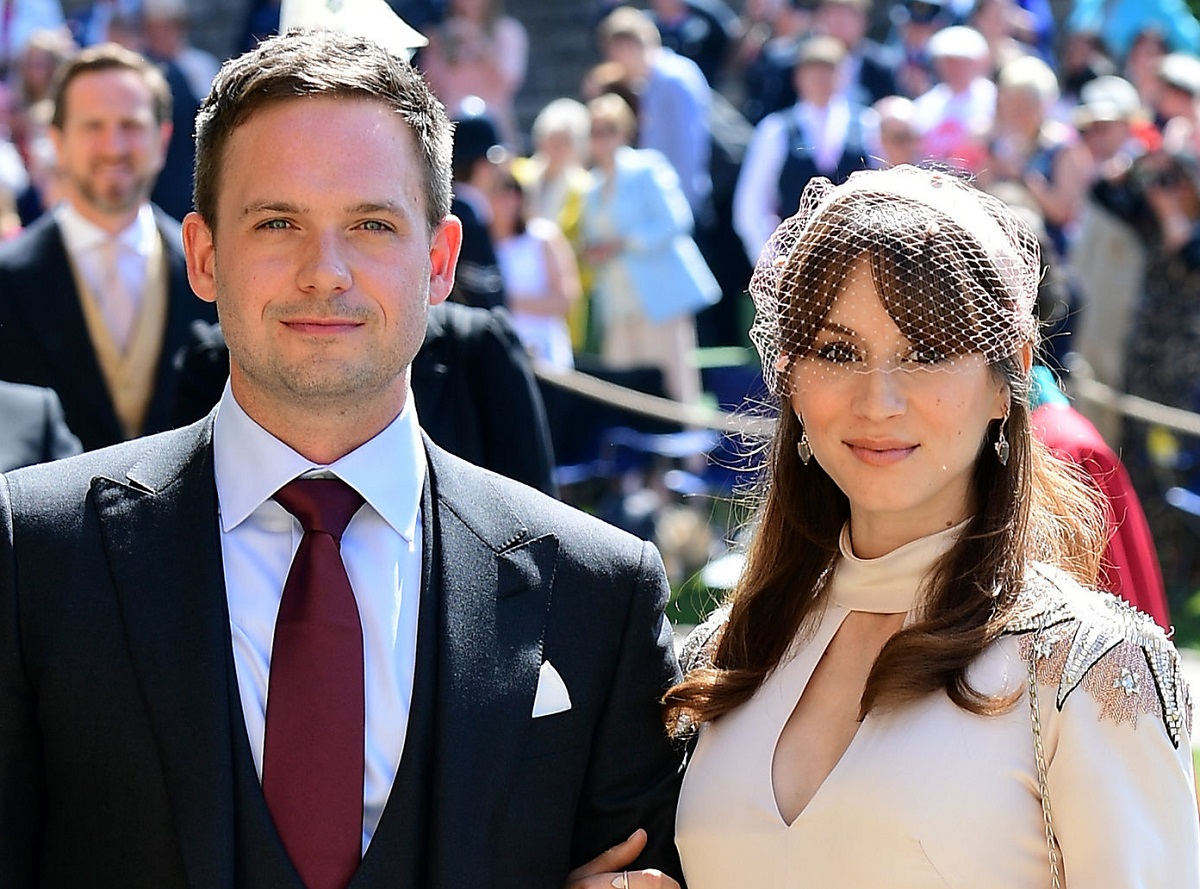 Meghan left Suits following her and Prince Harry’s engagement in 2017. While the pair were dating, Adams tied the knot with his own fiancee, actor Troian Bellisario. His friend and former co-star allegedly didn’t attend the 2016 nuptials so that she wouldn’t take away focus from the happy couple.

However, Adams and Bellisario did attend the Duke and Duchess of Sussex’s 2018 wedding. “Weddings are a joyous occasion,” Bellisario wrote on Instagram of the royal event. “But today was just off the charts amazing. Congratulations Meghan and Harry. I am so grateful I got to witness your love today.”

He defended his former co-star amid bullying allegations

Ahead of Meghan and Harry’s Oprah interview in March 2021, allegations against Meghan made tabloid headlines. Adams was among those who spoke out in her defense. He began by citing their days working together, calling her “a powerful woman with a deep sense of morality and a fierce work ethic.”

“It sickened me to read the endless racist, slanderous, clickbaiting vitriol spewed in her direction,” Adams continued, calling the royal family’s actions “obscene.” “Find someone else to admonish, berate and torment,” he finished. “My friend Meghan is way out of your league.”

What Patrick J. Adams’ wife Bellisario has in common with his former on-screen love interest

Meghan and Bellisario have more in common than readers might expect. In addition to their connection to Adams, both grew up in Los Angeles and chose to pursue a career in acting. Bellisario’s best known for starring in the long-running series Pretty Little Liars, as well as directing for shows like Good Trouble.