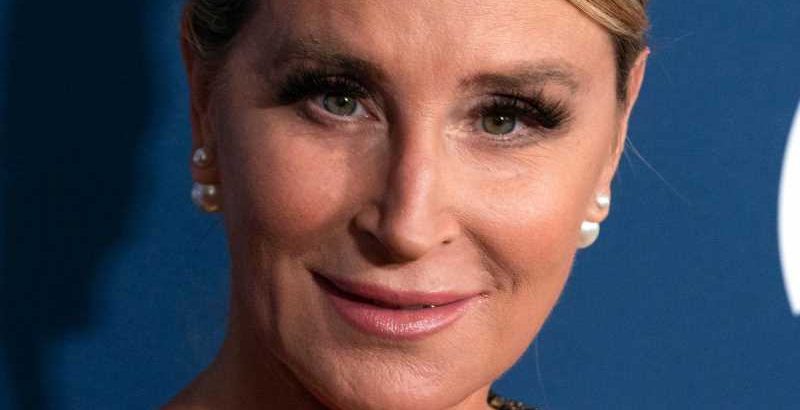 Sonja Morgan has made a name for herself as one of the most well-known Bravolebrities, thanks to her bold antics and hilarious personality. The “Real Housewives of New York City” is currently unattached, but she was previously married to John Adams Morgan.

John, 90, is clearly doing well for himself — and he comes from a long line of extremely successful historical icons. According to Cheat Sheet, John is the grandson of banker J.P. Morgan. Not only that, but his famous ancestors also include Presidents John Adams and John Quincy Adams. John got his degree from Yale University and followed in his grandfather’s footsteps, per the outlet, becoming a financier. He also was part of a sailing team at the Helsinki Olympics, proving that there’s basically nothing he cannot do. Before tying the knot to Sonja in 1998, he was married three other times.

John has amassed a considerable fortune that is definitely worth bragging about — but the road has not always been easy for him. Keep scrolling for the deets.

It comes as no surprise that John Adams Morgan has amassed an impressive fortune. Celebrity Net Worth shares that the businessman is worth a cool $100 million. With the wealth comes several fancy things, including a massive home. According to SF Gate, John is the proud owner of his own island —yes, island — in Connecticut, which is currently for sale for $14.5 million. The home includes a waterfront view and a helipad on the property. In short, he’s pretty much living like a king!

In 2008, John had a messy divorce from Sonja, causing chaos in terms of finances. In 2015, he battled Sonja in court over money owed from their divorce settlement when she filed for bankruptcy. According to the American Bankruptcy Institute, John still owes Sonja $3 million as part of their divorce settlement. He also paid $300,000 in child support for their only child, daughter Quincy. However, argued that he was “destitute” at the time.

Around the time of their split, the couple was also financing a movie titled “Fast Flash to Bang Time,” starring John Travolta. But the pair backed out of the deal following the divorce, and Sonja later lost $7 million lawsuit against her, per The Hollywood Reporter.

Still, fans can see plenty of drama and a few mentions of the otherwise private John Adams Morgan on “The Real Housewives of New York City,” because let’s be honest — our sweet Sonja usually has no filter.