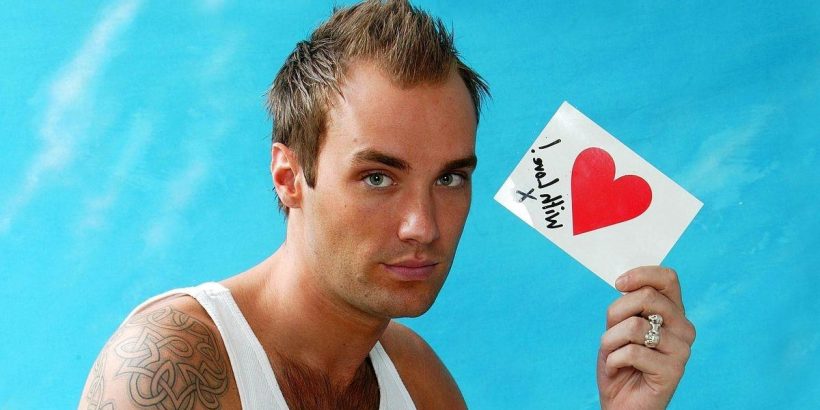 Nine years after Love Island was cancelled, the ITV reality show made its triumphant return to screens and it's safe to say that no one has looked back since.

Since its re-release, the reality show has become one of the most successful and popular series on TV and has soared to international fame, with several countries, including America and Australia, launching their own version of the show.

The new and improved Love Island has gone through some major changes since the original series, Celebrity Love Island, launched back in 2005.

All those years ago, twelve single celebrities spent five weeks on an island in Fiji and the remaining couple took home a whopping £100,000 cash prize combined.

What looked like a million-dollar idea turned into a show that was over before it properly began.

Exactly 17 years later, Daily Star has looked into the original series and why it got cancelled after just two seasons.

Celebrity Love Island – renamed Love Island after the first season – attracted controversy from the moment it was announced by ITV.

The show was brought in to rival that of Big Brother – which had just returned for its sixth series, however, it failed to take off and couldn't match the ratings set by the popular Channel 4 reality show.

Following the show's launch, celebrities were criticised for being intensely boring and their status as celebrities was also brought into question.

Viewers began sharing their dismay at watching 'Z' list celebrities that were doing nothing more than enjoying a free holiday.

It was also reported by tabloids at the time that producers were forced to hold crisis meetings to figure out a way to keep viewers interested.

In a strange turn of events, the reality show was also resented by fans of popular ITV soap Coronation Street after the broadcaster decided to move its flagship programme, with the intention of upping the ratings for Celebrity Love Island. Shortly after the show's launch in 2005, original presenters Kelly Brook, 42, and Patrick Kielty, 51 were reportedly engaged in a bitter feud.

The problems between the pair allegedly started after Patrick declared during a live show that Kelly had previously dated contestant Paul Danan.

At the time, Patrick came out and said he had no chemistry with his co-star because he was too intimidated by her movie star boyfriend Billy Zane.

He admitted to Daily Mail Weekend magazine: "It's very difficult to be remotely sexy with someone when their Hollywood movie star boyfriend is just off-camera and you're from a small village in Ireland."

The now 51-year-old also revealed he made things difficult because he ad-libbed and didn't stick with what was written on the autocue.

He said: "I'm used to going off script and coming back in, and she wasn't – she was paid to stick to the written script, which is what I should have been doing.

"It made her job harder because I wasn't saying what she was expecting me to say."

Social critic Charlie Brooker labelled the presenting duo as "a man you wish would shut up before he even starts speaking, and a woman who can scarcely talk in the first place."

When the second season kicked off the following year, Kelly and Patrick were replaced by Ferne Cotton and the word 'Celebrity' was dropped from the title – allowing the show to bring in non-celebrities alongside famous faces.

During season one, ratings weren't where producers wanted so they hired model Nikki Ziering to spice up the show.

Trying to keep viewers interested was also something they struggled with in season two, meaning they continually tried new ways to boost ratings – including bringing old cast members back to the island.

In the second week of season two, producers brought back season one contestant Paul Danan who they hoped would ruffle some feathers.

The now 43-year-old was already known by islanders on the second series, most notably Lady Victoria Hervey as her younger sister Isabella became romantically involved with Paul in season one.

One month into the second series, season one finalist Calum Best returned to Love Island and formed a romance with Bianca Gascoigne – who he went on to win the show with.

After model Sophie Anderton and Chris Brosnan began getting close, the evicted Victoria Hervey returned to the island for a day to confront her friend over the betrayal which resulted in her pouring a glass of wine over her head.

Just a week before the finale, Leo Ihenacho also returned to the island to confront Calum and Bianca over their relationship.

Despite the several attempts to boost ratings, the show failed to make it to another season and was axed by ITV's director of television, Simon Shaps, in November 2006.

Love Island made its triumphant return in 2015 and with it, came a massive change.

Producers completely revamped the show, ditching celebrities and replacing them with "real" men and women who were looking for love.

Caroline Flack took the reins in the first series, which was moved to a villa in Majorca, Spain.

The new series brought in recouplings and dumpings, and also introduced the infamous Casa Amor which has been the cause of some of the show's most explosive arguments.

Jess Hayes and Max Morley have crowned champions of the first series, and after being brought back a year later, Cara De La Hoyde and Nathan Massey were the ones to steal the hearts of the nation.

A few months prior to the COVID pandemic in 2020, Love Island introduced its first-ever Winter series which is reportedly making a triumphant comeback.

The January edition of the show, which is now presented by Laura Whitmore, is set to return next year after a two-year hiatus.

The 2020 series was shot in Cape Town, South Africa and saw Paige Turley and Finn Tapp crowned as champions.

Love Island will return next month on Monday 6 June, with fans eager to meet the new set of singletons who are ready for a summer of love.