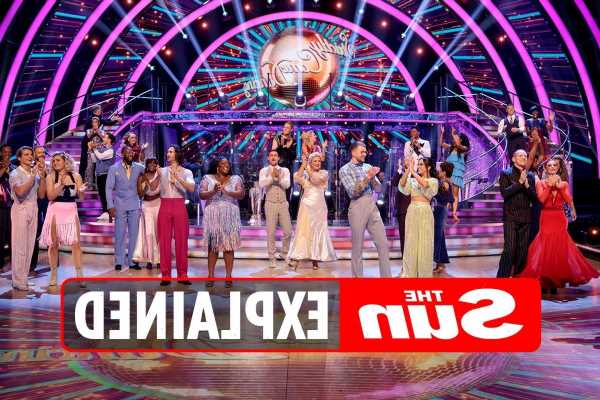 The race for the Glitterball trophy is underway on Strictly Come Dancing 2021.

Here's how to vote for you favourite contestants to win this year.

How can I vote on Strictly Come Dancing 2021?

First of all, you’ll need to register to vote online – or if you have BBC account already set up from last year, you can just sign in.

Waltz on over to the Strictly homepage. When the vote is open the link to vote will appear at the top of the page.

The couples will be listed in alphabetical order. Select the button next to their names and click “vote now” to submit your choice.

And you’re able to vote more than once, although there is an upper limit on how many times you can vote per episode.

There is no charge for voting online.

Strictly Come Dancing continues Saturday at 6 pm on BBC One.

How does the Strictly Come Dancing voting system work?

Strictly Come Dancing results are calculated through a mix of audience vote and panel scores.

The four judges give points out of 10, with a maximum of 40. This is then placed on a leaderboard.

The BBC site claims: "These ranks are converted into points, with the highest scoring couple ranked first receiving a number of points equal to the number of couples."

A similar point system is used for the public vote – via online and phone services – which is then added to the points from the judges.

In the result of any tie in score – Head Judge Shirley Ballas – decides who to save from participating in the dance-off.

She also has the ultimate say in which of the bottom two couples stays, if the judges don't reach a unanimous decision.

The scores from the judges on the first show and the public vote will be combined 50-50 and announced in the results show.

Then the two couples with the lowest number of points from a combination of judges’ scores and the results of the vote will go into a dance-off.

After they both perform their dance again, the judges will decide which couple will stay in the competition.

In the case of a tie in the judges’ decision, Head Judge Shirley Ballas, has the all-important final casting vote and gets to send the unlucky couple home.