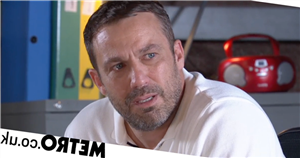 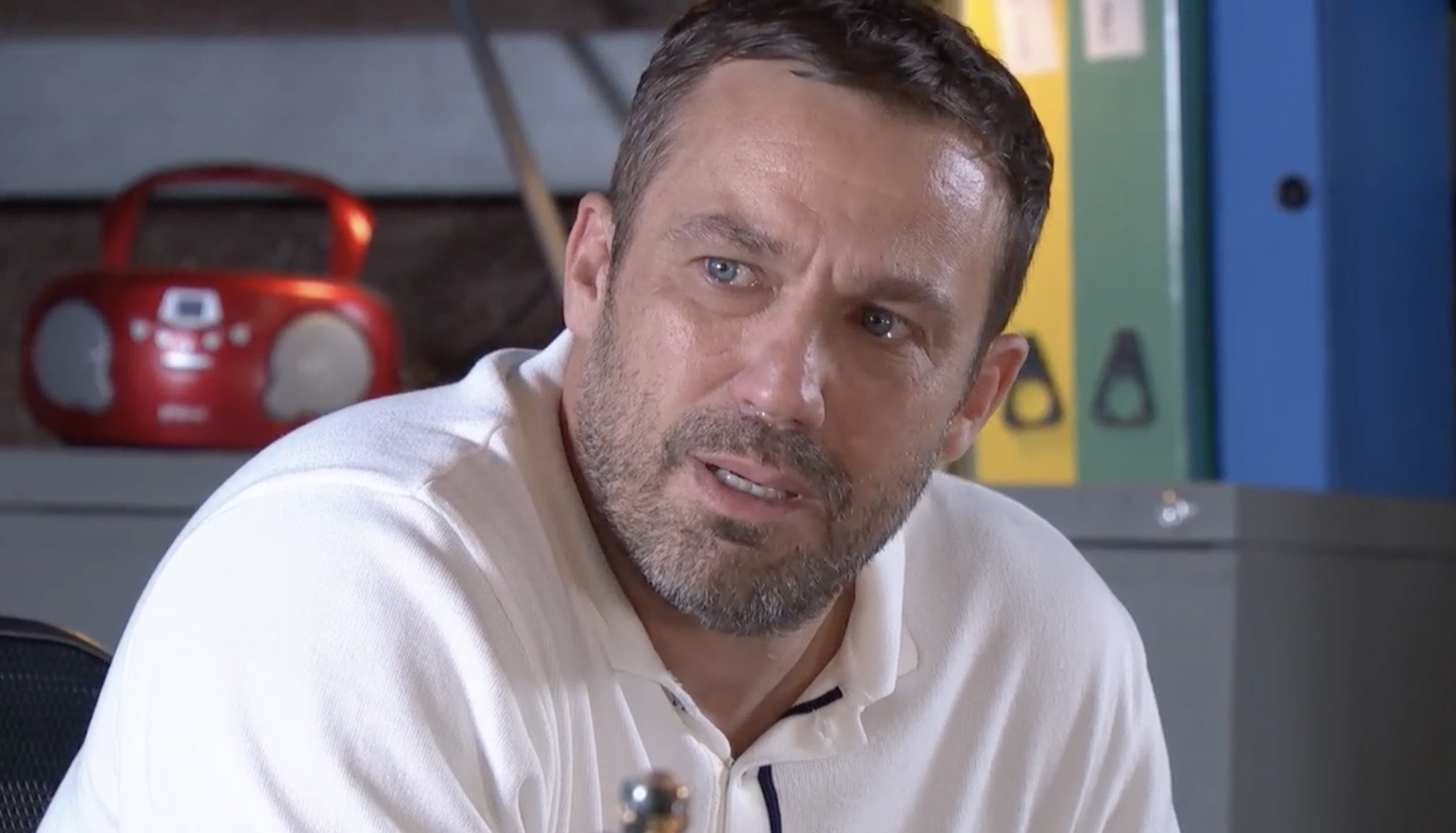 Hollyoaks legend Warren Fox (Jamie Lomas) was left in tears after learning that he has got just months left to live.

The soap’s signature hard-man was seen writhing in pain during Monday’s (October 31) first-look edition of the Channel 4 soap, before throwing up blood.

He subsequently went to the hospital to find out the cause of his pain, and Misbah Maalik (Harvey Virdi) informed him that his liver was not in good shape due to the ‘excessive amount of pain killers’ he’d taken in the wake of his collapse earlier this year.

‘There has been a significant amount of damage to the liver,’ she said, ‘There are serious complications.’

Warren returned to the garage where he lashed out, before telling Felix Westwood (Richard Blackwood) his sad news, adding that he is ‘dying’.

Felix was rendered speechless, but was quick to reassure Warren, reminding him that there are all sorts of treatments these days. Warren, however, was adamant that this was the end for him, refusing to be ‘prodded and poked’.

‘It’s not going to change a thing!’, he said. ‘My liver has packed in. Misbah said I’d be lucky if I’ve got months to live.’

Is this truly it for Warren?

The character has evaded death more times than most, including twice this year!

He was knocked down by his son Joel Dexter (Rory Douglas-Speed) and then later attacked by Damon Kinsella (Jacob Roberts) in a bid to protect Sienna Blake (Anna Passey), who assisted him to disposing of Warren’s body.

Warren, of course, returned from the dead weeks later, much to their shock.

But has he now run out of lives?

Hollyoaks continues Tuesday October 31 at 7pm on E4 or stream the next episode on All4 from midnight.