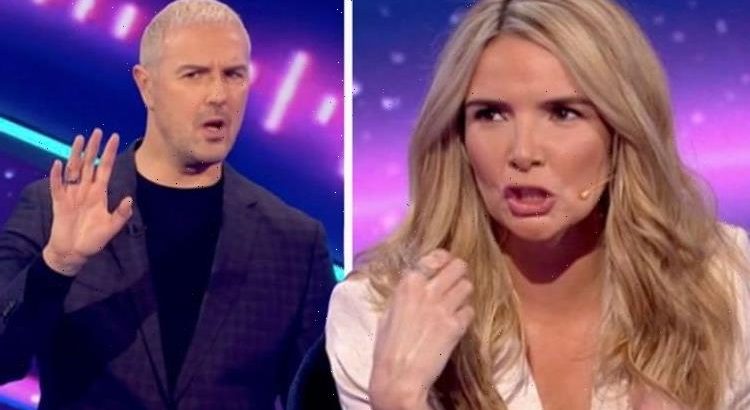 I Can See Your Voice: Nadine's 'wink' pronunciation shocks panel

BBC One viewers tuned into I Can See Your Voice this evening, presented by Paddy McGuinness. Joining the Top Gear presenter in the studio was Jimmy Carr, Amanda Holden, Alison Hammond and Nadine Coyle and before any singing got underway, Nadine accent threw a spanner in the works. Those watching at home had to rewind when she was asked her opinion on the singers, because they thought she said “w*nk” when in fact she said “wink”.

Paddy began the show with: “Waiting in the line-up is six mystery singers. The aim of the game is to eliminate the bad singers and be left with just one good’un.

“If our players can do that they will win themselves £10,000! And they won’t have to do it alone, they will be helped by a panel of celebrity investigators.

“Alongside the usual Jimmy, Amanda and Alison, the guest music star of the evening was Nadine.”

Turning to the Girls Alound member, the host said: “Welcome to the show Nadine… how are you going to spot the good singer?” 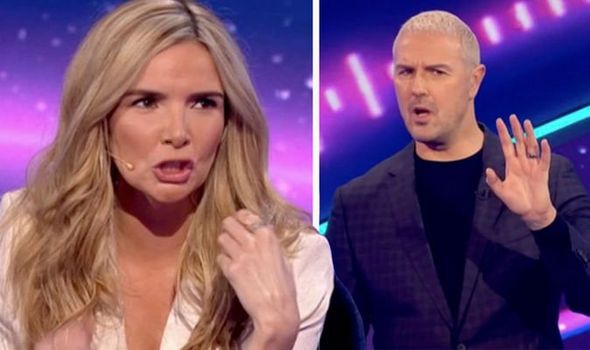 “These are all the little pro tips, we like all that. And Jimmy, how are you feeling tonight?” Paddy asked.

“I’m a little disappointed Nadine is here if I’m honest,” the comedian remarked. “If we wanted someone that knows about lip-syncing, should’ve got Cheryl.”

“We’ve only just started the show!” Nadine hollered at Jimmy and he argued: “I start as I mean to go on! She’ll be alright.”

Paddy then went onto speak to the player who were hoping to bag the cash prize – Nadine and Jen.

“Tonight’s six mystery singers all claim they’ve got a great voice, but some of them aren’t actually singers at all – they are frauds,” Paddy explained.

“And just to make it harder, none of us know how many good or bad singers there are – everything you learn about the good singers will be the truth but the bad singers can only lie about their singing experience.

“Let’s get straight on, round one, first impressions!”

A series of clues were played and the first of the mystery singers was given too.

Number one was ‘Guitar Star’ who apparently “packed in the day job to pursue music full time” and Amanda commented: “I’m looking at his mic, he’s holding it right, he’s ready to go.”

Number tow was called ‘She’s Got Pipes’ – and was “a trainee plumber”.

Alison said she had “never seen a plumber that glamorous” but thought her outfit was. “Amazing”.

Number three was ‘Voice of the Ocean’ who “sailed the seven seas entertaining on cruise liners” and Nadine “felt she knew what she was doing” because of her “presence” and she claimed to see her “experience”.