Controversial religious system Scientology might be popular among the Hollywood elite, but don't count The Bold and the Beautiful star Katherine Kelly Lang as one of its fans. 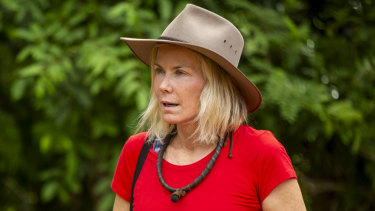 Katherine Kelly Lang on I’m a Celebrity… Get Me Out of Here!
Credit:Network 10

Naming some of Scientology's most high-profile current and former devotees such as Tom Cruise, Kirstie Alley and Leah Remini – who left the church in 2013 and has become a vocal opponent of it – Lang, who's worked in Hollywood since 1979, said that actors were often used for their connections, in a bid to secure more members.

"For a while, they were having actors trying to recruit people – and they did," she said. "Especially people with money. Now, a lot of them won’t talk about it. They’re just trying to stay quiet, realising they messed up [by] joining this group.

"They’re trying to pull away but it’s really hard to … because they have a very controlling system."

Later, talking to the show's cameras, Lang was even more forthcoming with her opinion.

"It just kind of gives me the creeps."

With plenty of negative press surrounding the church in recent years – much of it stemming from the 2015 documentary Going Clear, and Remini's revealing book, Troublemaker: Surviving Hollywood and Scientology – Lang predicts it will eventually die off.

"It’s all coming out what goes on in there," she told Exelby. "Their walls are being knocked down… I don’t think that Scientology will be around much longer."