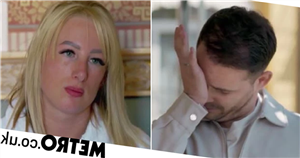 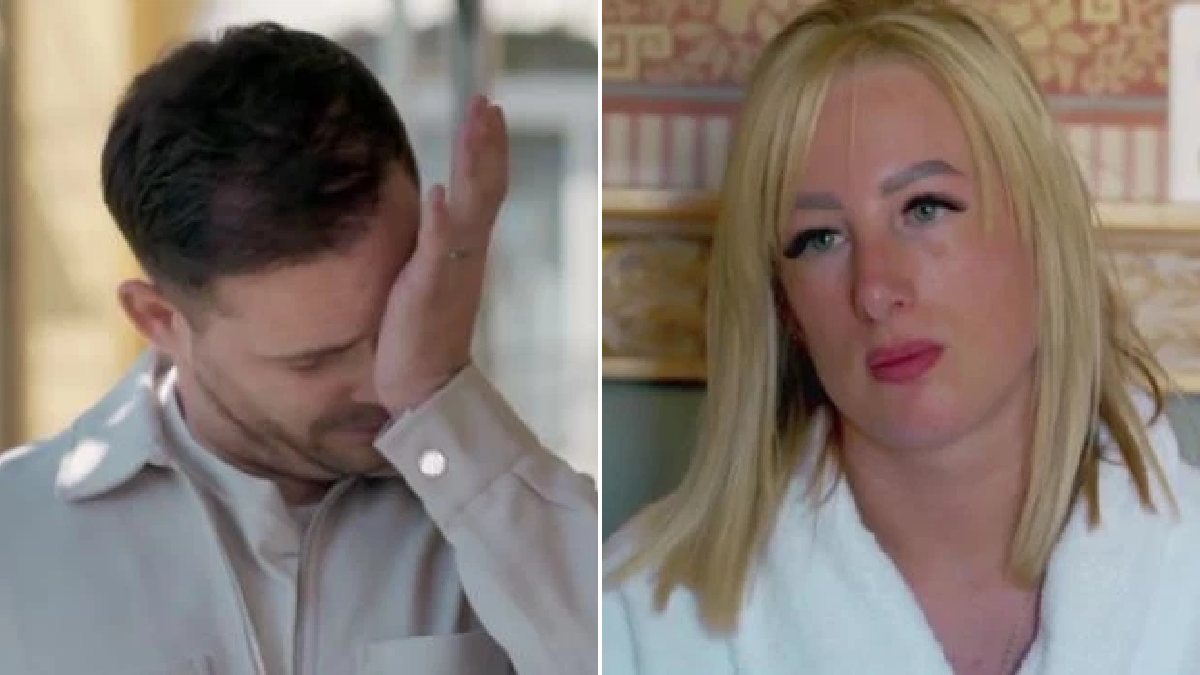 Married at First Sight UK returned to our screens this week, in a series that looks set to be as dramatic and entertaining as its Australian counterpart.

Only three episodes in and one bride has already hit the headlines for leaving her newlywed husband in tears after telling him he wasn’t ‘manly enough’.

It was painful to watch, but it wasn’t the first time a bride on the program has shown an outward display of disappointment over her partner’s ‘masculinity’, or perceived lack thereof.

Grooms on the show are often criticised by their wives for being too nice, too small, too skinny, and I think it says a lot about society’s attitude towards masculinity and why it needs to change.

If you haven’t watched Married at First Sight (MAFS) yet, the premise of the programme is exactly what it says on the tin. A panel of ‘experts’ match two strangers partly according to their needs, wants, personality types and mostly their willingness to participate in an internationally broadcast reality TV format.

They get hitched to each other in front of their nearest and dearest, then the couples fly off on a honeymoon and spend eight weeks living together before deciding if they want to continue being life partners or go their separate ways.

It’s the most unnatural way for a couple to meet and gradually build a healthy relationship, but naturally, it makes excellent television.

Morag, a veterinary nurse from Essex, was partnered with Luke, a children’s home manager and firefighter from Wales, and it was far from love at first sight for Morag.

In her post-nuptial interview, she kept repeating ‘It’s not what I ordered’ to the camera like an indignant restaurant critic.

Morag had requested that the experts match her with a big, hairy, gym-bod man and looked far from impressed when she came face to face with Luke. ‘You’re lovely, but I need more man than boy’, she said to Luke during their Swiss honeymoon.

Switzerland also took a beating from Morag, who had her heart set on somewhere more picturesque like Mexico for her nuptial vacation.

Luke was visibly crushed, and he later explained to the camera that his biggest fear was, ‘my partner not finding me attractive. And that’s tough’, while wiping a tear from his eye.

The way some of the women talk to the men in this show is truly shocking, and it’s fair to say if the roles were reversed there would rightly be public outrage.

Another bride, Nikita, in the middle of an argument about her self-image, shouted at husband Ant that he needed to use a sunbed and get his eyebrows waxed. While these brides’ comments may not be sexist, they are most certainly cruel, harmful and say a lot about the increasing expectation for men to fit into specific – and unrealistic –  ideals.

It made me want to jump into the screen and take the brides to one side for a time out. While it’s perfectly reasonable to have a list of desirable qualities in a romantic partner, there is absolutely no excuse for berating the person you are with for not meeting them.

What exactly does it mean to be ‘manly’? Lord knows if a man told me I needed to be more womanly, he’d soon receive a swift knee to his manhood. Morag’s definition of the term seemed to centre on the physical attributes of a partner, focusing on physical virility rather than emotional maturity, but the latter is surely far more important for a successful, loving relationship.

Of course sexual chemistry and attraction are vital for any romance, but just because the sparks aren’t flying on day one, doesn’t mean it’s doomed to fail.

I would argue that the opposite is far more likely to be the case.

Culturally, we hold so much importance on first impressions, but I cannot tell you just how many friends of mine have found long-lasting love and compatibility with people who they weren’t immediately obsessed with. If I’d married the first guy I felt an undeniable physical attraction to, I’d be married to Mr Asshole.

Luckily for Morag, Luke was forgiving, and in one of the most tender moments I’ve ever seen in the show, he arranged a candlelit dinner on the balcony and told her that he ‘wasn’t going anywhere’. She burst into tears, explaining that she’d only ever had men in her life who had diminished her, not appreciated her.

I think this is an experience so many women can identify with because when you’re used to men treating you poorly, a man who treats you with respect and care can feel like a threat to normality, and throw you out of kilter.

Who knows whether Morag and Luke will make it, but I hope that her comments aren’t something he carries with him if he becomes single again. Judgements on masculinity, femininity or sexuality can have a huge impact on a person’s self-esteem and confidence and are rarely constructive.

Incidentally, Morag was quite taken with her Swiss getaway in the end, and was surprised by how romantic it could be once she gave it a chance.

I reckon there’s a lesson in there for her and all of us viewers – don’t let your expectations ruin the opportunity to enjoy what’s in front of you.

If we are to address the very real threat of toxic masculinity in the dating world, we must make sure we don’t veer into the territory of judging or criticising men who don’t fit into an outdated, problematic stereotype and be sure to celebrate the men who care for us, support us, and aren’t afraid to show their emotional side.