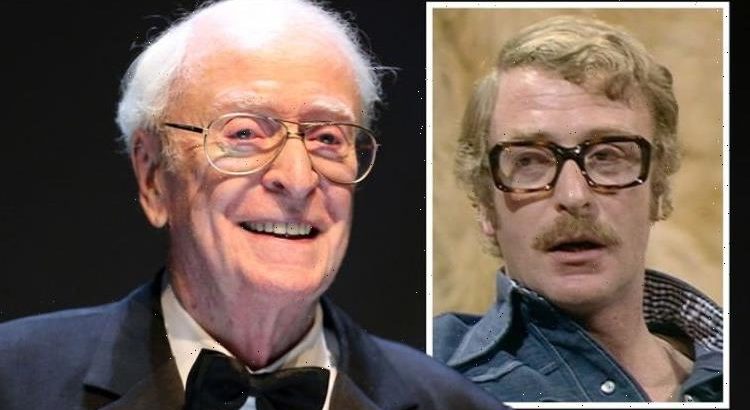 British film icon Michael Caine lambasted the rich who complain about making tax payments during a classic episode of Talking Pictures. During the instalment, Caine opened up to veteran broadcaster Michael Parkinson about his financial struggles in his twenties which he believed had an impact on his father’s death. The acting legend told Parkinson money was “terribly important” to him before declaring the wealthy who don’t like paying taxes can “get out” of the country.

The episode included an in-depth interview with Parkinson who spoke to the award-winning star about his humble South London beginnings.

Parkinson asked Caine: “How important is money to you?”

Caine replied: “Oh, terribly, yes, very important. It’s important, I will give you an idea of how important it is, when I was 24, I was very broke and very out of work.

“And my father died and later, when I had money and I met people with money, I realised if I did have money at the time when he was sick, he would still be alive today.

“So anyone who suddenly says to me, ‘Money is not terribly important,’ comes the nearest they’ve ever been to strangulation, I tell you.

“It is terribly important to me. My view of money and taxes in this country is, I want to live here so I’ll pay the taxes.

“I suppose if I ever thought about it I am a socialist, an emotional socialist, which I think is a liberal they call it.”

He added: “My own view is if you have a lot of money and you want to live somewhere where there are people less fortunate than you, then you should be taxed.

“If you don’t like it, get out. My view is I would rather be half as rich with people collecting tax than twice as rich in a country where there are abysmally poor people.”

Parkinson interjected: “Yes, but one does wish we could see what the taxes are going to and what is directly going to the good of the public.

“Going back to the people who need it, like the pensioners, schools and the health service, if you could see that happen then you wouldn’t mind paying taxes.”

Parkinson went on to ask Caine how important it was for him to leave his children some money in his will.

Caine explained it was important having a steady income while he was alive to bring up his children before explaining he will leave them money when he dies.

Parkinson said: “You came from a very poor background, I wonder how much your life would have changed if your mum and dad had saved up and put you through a posh school and things.”

Caine replied: “Well, I think if my parents had left me any money I would have gone to voice lessons and that sort of thing would have destroyed myself really.

“Because the only thing that I have which is of any value whatsoever, whether it’s good, bad or indifferent, is I talk the way I do and no-one talks quite the same.”

Caine, now 88, has been a staple of the British acting industry since the 1960s.

He’s appeared in more than 130 films during a career spanning over 60 years and is considered a true film icon.

Talking Pictures is available to watch on BBC iPlayer.