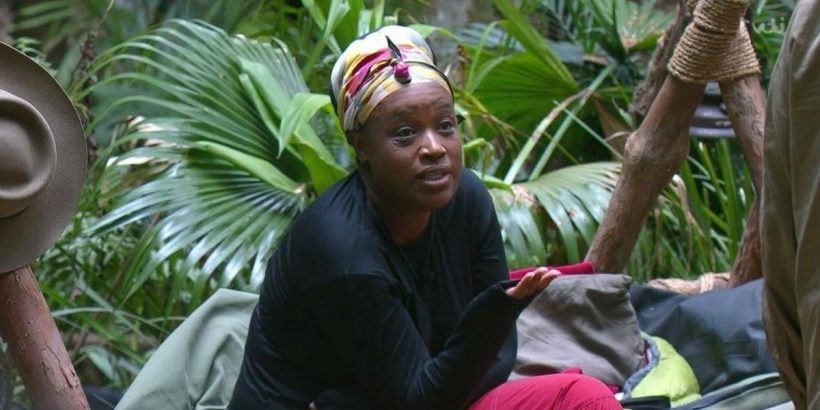 I'm A Celebrity… Get Me Out Of Here! viewers have been left confused and annoyed as Loose Women panellist and ITV newsreader Charlene White volunteered to sleep in a hammock over the RV.

Charlene, 42, was chosen as deputy camp leader by Matt Hancock, which bagged d her a comfy bed alongside him in the RV – but she has refused to sleep there after finding a spider in the bed.

At the time she spoke in the Bush Telegraph, saying: "My bravery levels are done for today. I really don't want to have to sleep in the RV."

Since then she has continued to refuse the bed in the RV, leaving both her fellow campmates and viewers at home somewhat annoyed by this.

With comedian Seann Walsh being left with back pain after sleeping in a hammock, due to the lack of beds available, Hollyoaks star Owen Warner switched and slept in the hammock instead.

As questions over Charlene's decision to not sleep in the RV continue, she said: “I’ve said that I’m fine sleeping in a hammock. We’ve all got to alternate.

"Even if I sleep in there [the RV] there will still be two people left in a hammock. We’ve all got to alternate so no-one spends seven days sleeping in it.”

Charlene in the Bush Telegraph added: “I keep telling everyone that I’ll sleep in the hammock, which I’m really happy to do. I think maybe I need to be more forceful about it tonight.”

Owen said to Charlene: “I’ve got more chance of having a rest in it than you.”

In the Bush Telegraph, Owen added: “I feel like saying, go on, sleep in the hammock and I bet you, in the middle of the night, she’s going to sneak up to the RV and get in that bed. Charlene’s like my mum in here, it’s like me putting my mum in a hammock whilst I’ve got a bed, so we’ll see.”

While Charlene claims that her refusal to sleep in the RV is down to spiders, viewers and show hosts Ant and Dec have begun to suspect that it's perhaps down the van's other occupant being former Health Secretary Matt Hancock.

Speaking on Instagram Live, Ant asked: "Why would she not want to sleep in there, it can't just be because of the spider. Is it because you don't want to sleep next to Matt? Is that it?"

And now fans appear to also be at the end of their tether when it comes to Charlene and the RV, with one writing: "Just sleep in the f***in RV Charlene and let everyone have their beds back."

Taking to Twitter another posted: "I'm sorry. But Charlene needs to get her a** in the bloody RV #ImACeleb."

While a third added: "Charlene saying ‘we all need to alternate beds’/hammocks. Bloomin’ use the RV… it’s an empty bed that no one else is allowed to use #ImACeleb".

Although a fourth did step in to defend Charlene, adding: "All I’m gonna say about Charlene and the RV is that I wouldn’t want to sleep in a tight space with a man I don’t know. Especially one who’s presence makes me feel tense because of his reasons for being there. #ImACeleb".