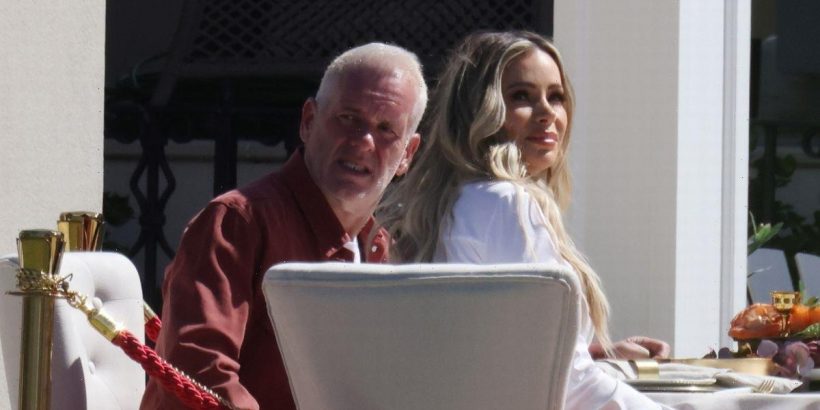 This year's I'm A Celebrity stars have been snapped meeting for the first time ahead of the show's first trial.

Filming for the ITV show has taken off, and presenters Ant McPartlin and Declan Donnelly were on hand to welcome this year's cast as the show returned to Australia for the first time in three years.

The first group to be introduced to each other before they enter the jungle were: Chris Moyles, Charlene White, Jill Scott, Olivia Attwood and Babatunde Aleshe.

READ MORE: Time for I'm A Celeb's Matt Hancock to stop clowning about and do every Bushtucker Trial

The stars looked rather well-dressed as they were snapped ahead of being whisked away to the jungle as they were yet to receive their standard-issue camp clothing.

Despite being pictured with beaming smiles, there's no doubt that won't last long as their worst nightmares are about to become a reality as the show's first challenge also gets revealed.

First up is the iconic "Walk the Plank" trial that will see some of the celebs wobbling at the top of a massive sky-rise tower.

In the first released snap of the challenge, stars will make their way up 32 storeys as they get ready to mount across the top of Focus building on the Gold Coast.

Producers have even upped the thrill factor this year as three celebs will simultaneously take part in the nail-biting trial.

It is understood the challenge has also been renamed The Ledge.

A yellow tilting ledge has also been added to the old planks, which is set to make it even more challenging.

The challenge traditionally happens before the celebrities head into camp, with two teams taking each other on.

I'm A Celeb returns on ITV on November 6.