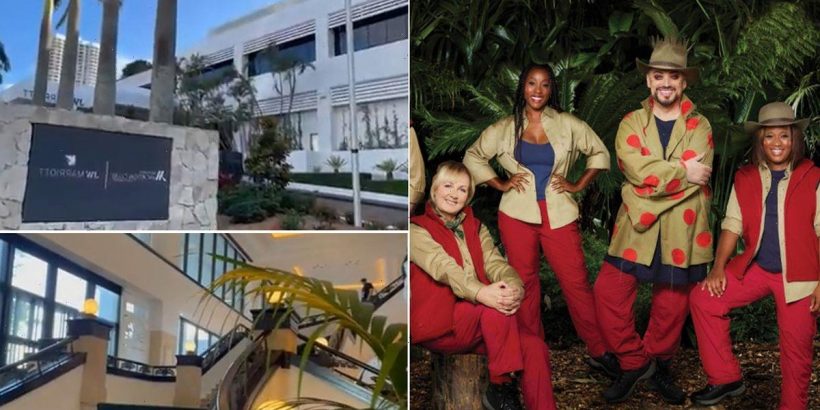 The new I'm a Celebrity… Get Me Out of Here! hotel has been revealed, as reports suggest that the venue has been changed in a to save money.

The latest series of the popular ITV reality programme is due to get underway Sunday night (November 6), with a number of celebrities including Boy George, Charlene White, Chris Moyles and MP Matt Hancock set to enter the jungle.

However, the new series sees a major change for I'm A Celeb, as ITV have moved the contestants' friends and family to a new hotel.

READ NEXT: I'm A Celeb's Olivia Attwood has ditched 'baggage' of Love Island and refuses to row

The Palazzo Versace hotel has been home to evicted contestants and their friends and family for more than 18 years since the programme started in 2004.

Should Hancock do every bushtucker task? Have your say here

However, Daily Star's I'm A Celeb correspondent Mark Jefferies has now revealed that evicted stars and their loved ones will stay at the Marriott Gold Coast Resort and Spa instead.

In an exclusive video, Mark said the Palazzo Versace hotel had "been a big part of I'm A Celebrity over the past 18 years".

Speaking from outside, he said: "It's where all the evicted contestants come back to, it's where the friends and family stay.

"But unfortunately this year, it's all change at ITV. This hotel is not being used, and they're moving out."

Arriving at the Marriott Gold Coast Resort and Spa, Mark continued: "It still looks a pretty nice hotel. I know they've got a beach style pool in there. It's got lots of suites, so it's going to be a lovely place to stay."

However, he revealed that from speaking to ITV sources and from initial reports, the move to the hotel could be a "money saving change".

"I do think, from the initial reports and from speaking to ITV sources, is the move here perhaps a money-saving exercise?"

Mark continued: "Versace are a very sort of elite hotel… charges thousands of pounds for most of their rooms.

"This Marriott hotel, as the name suggests, is a little bit more reasonable. I'm sure the friends and family are going to have a great time, they're going to have the very best rooms."

However he added: "But it is quite a big change for the show."

I'm a Celebrity… Get Me Out of Here! returns to ITV on November 6 at 9pm