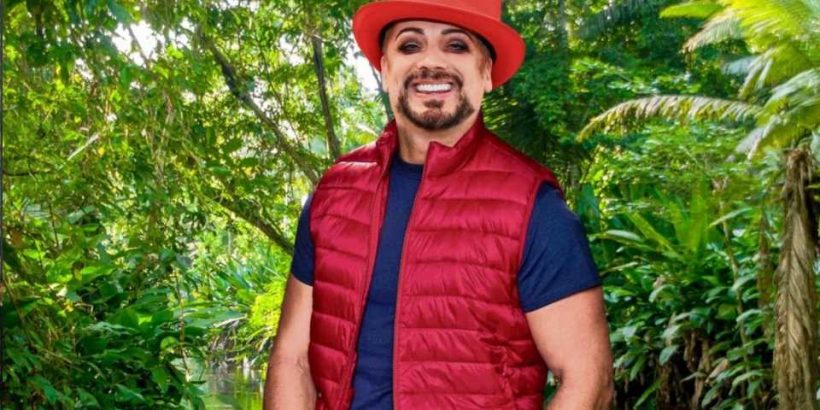 POP icon Boy George has taken on his first death-defying trial, as this year's celebs prepare to enter the jungle in just a matter of days.

Boy George joined the rest of the celebrity cast to take on the dreaded Ledge, a vertigo-inducing challenge that sees stars strapped into their harnesses and forced to walk the plank.

The pop sensation could be seen by onlookers bravely completing the challenge alongside Mike Tindall and Olivia Attwood.

However, the stomaching-curling heights and windy conditions proved too much for some.

The Sun has exclusively revealed that Goggle Box star Babatunde Aléshé pulled out of the challenge after a long 45 minutes of deliberation.