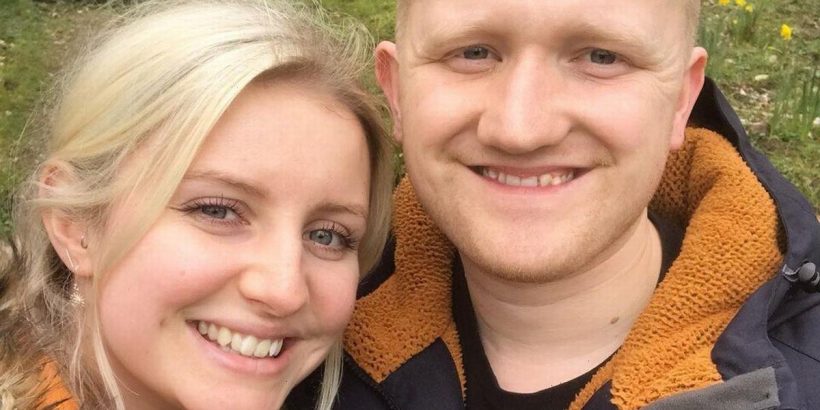 He plays shattered Chesney Brown on Coronation Street, the stressed father-of-five who doesn't get a moment to himself.

But Sam Aston's life away from the cobbles is thankfully a little bit more relaxed.

Well, it certainly was until last year.

Sam, 27, and his stunning wife Briony announced the birth of their beautiful son Sonny James and his arrival last August made their world complete.

The couple first met online, but it was the days before high-speed dating apps when you can weed out those who don't take your fancy with one quick swipe.

They got chatting on MSN as young smitten teenagers and romance soon blossomed.

The couple has been married for more than two years now, celebrating their anniversary on May 5 and what a wedding they had.

The soap star a yoga instructor Briony, 26, got married two years after announcing their engagement.

They exchanged their vows in front of friends, family members and his soap co-stars at Stock Farm in Cheshire.

But like every good husband, Sam knows what is important to her.

He agreed to a yoga-themed first dance and wowed their guests with some very flexible dancefloor moves.

The pair are very much in love and couldn't be happier.

But he admits his wife will never let him forget that their relationship got off to a rocky start.

"Briony and I met when I was about 15 or 16," he told the Mirror. "We talked through MSN messenger and then went on a date. We got together, but we were very young.

"I ended it – which she always likes to bring up. We lived quite far from each other and because we were so young, neither of us drove.

"We went to different schools and at weekends had different hobbies. I was in 'Corrie' too, so I had filming. We just didn't see enough of each other. We split, but there was nothing bitter about it."

Sam – who has appeared on Corrie since 2003 – revealed the pair reunited a few years later at a drama workshop.

They soon rediscovered their spark and it quickly got rather serious.

He added: "Three or four years later we were both helping out at the same drama workshop. Carol Godby's acting school, which is where I started as a youngster.

"I was teaching and Briony was in the room next door. I think she might have given me a funny look when I first walked in, but we soon got past that and straight away we got talking.

"We went for a meal that night at a country pub and that was it. We've been together ever since."

Their 2019 wedding saw many of his co-stars attend.

Sonny James Aston arrived last August and he proudly showed off the latest member of his family with a snap on Instagram.

The star kissed his son on the forehead while his wife watched on with a loving gaze.

Sam recently explained that he and Briony "liked the idea of a big family".