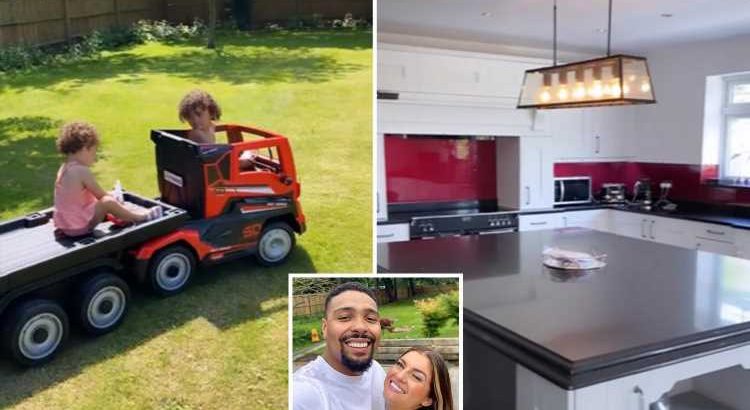 JORDAN Banjo and his fiancée Naomi Courts have given fans a glimpse into their HUGE new home – complete with a massive garden, stunning family kitchen, and plenty of space for his expensive cars.

The 28-year-old Diversity star and his family have only just moved into the new property, but they were excited to share their big news online. 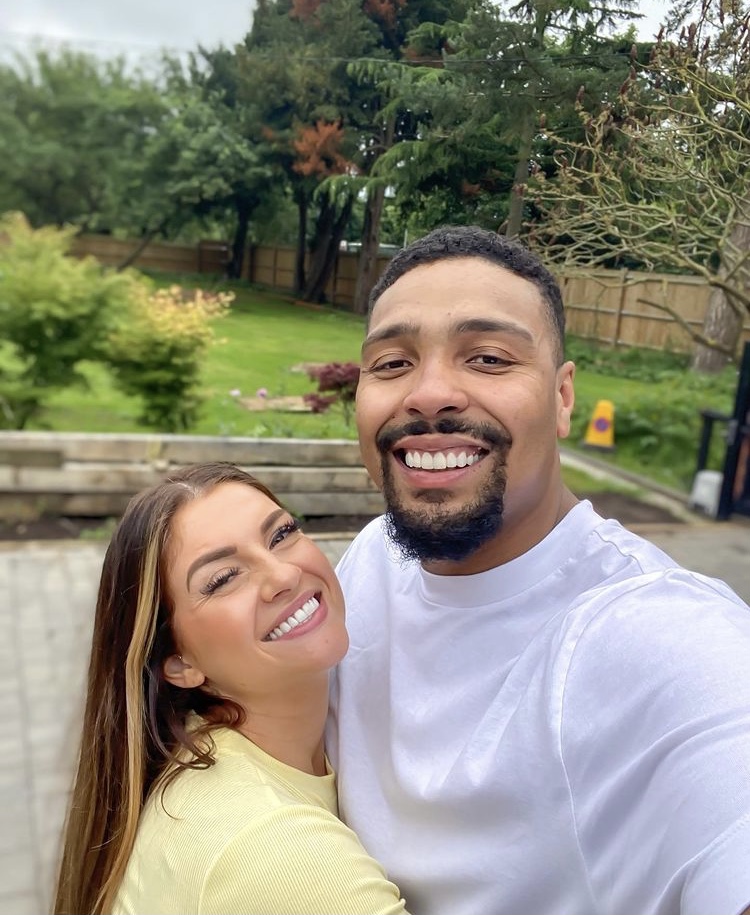 Setting up a dedicated home Instagram account, Naomi revealed the massive open kitchen, as well as a glimpse at their garden where the children played.

She and Jordan are mum and dad to two-year-old Mayowa and three-year-old Cassius.

In a sweet video, their oldest child drove his sister around in a large toy truck, making the most of the plentiful grass area.

A panoramic video of the garden revealed heaps of space with plenty of trees, which offer privacy as well as shade in the summer heat. 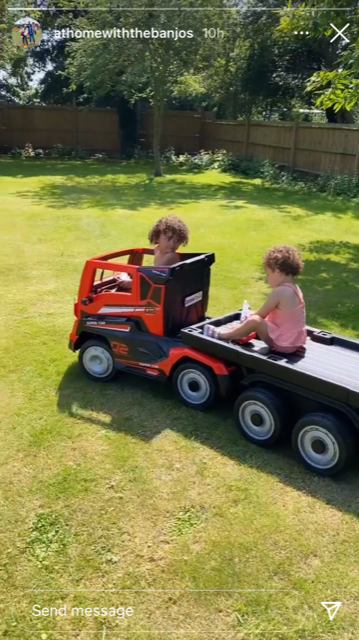 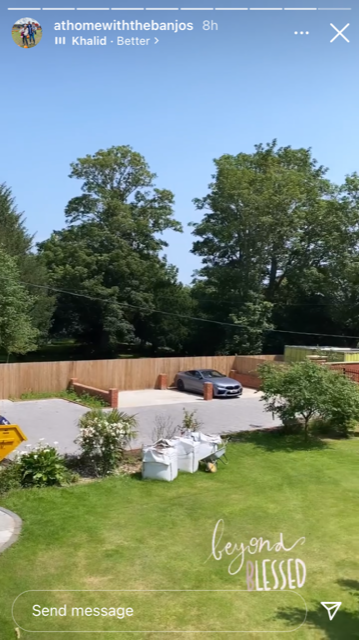 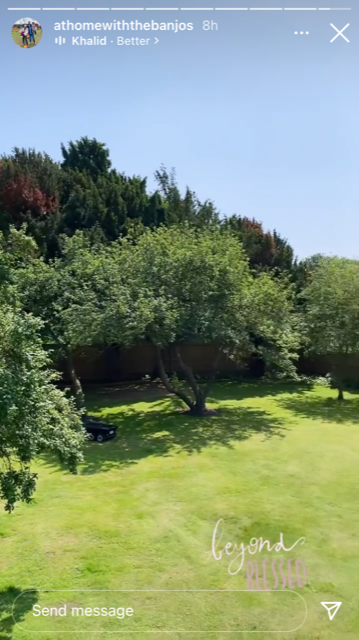 There is also a large parking area at the back of the garden, with one of the family cars caught in the shot.

Inside, Naomi documented the huge double-door fridge being delivered, with the large American-style appliance a chic black colour to match the rest of the space.

The kitchen has a black and white theme with bright red tiles, complete with a giant island in the middle for food preparation.

Naomi revealed that they will "absolutely be putting their own stamp" on the area as it "isn't their style", but heaped praise on the size and the layout. 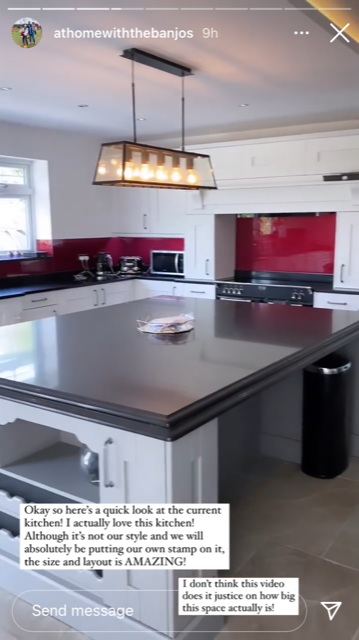 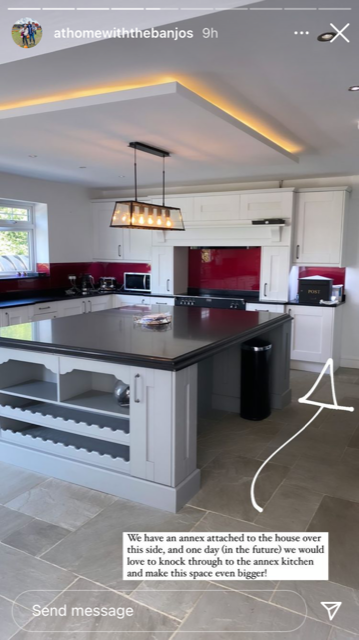 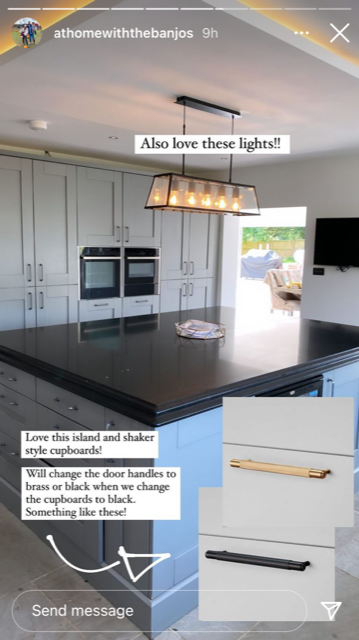 She also drew attention to the pretty hanging lights above the island, and told fans what colour cupboard handles they will go for.

In another clip, she added: "We have an annexe attached to the house over this side and one day [in the future] we would love to knock through to the annexe kitchen and make the space even bigger!"

Naomi also gave a glimpse at the huge living area, which is mostly empty due to the fact they have just moved in. 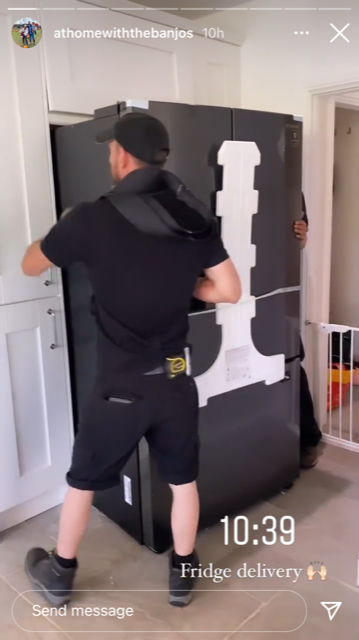 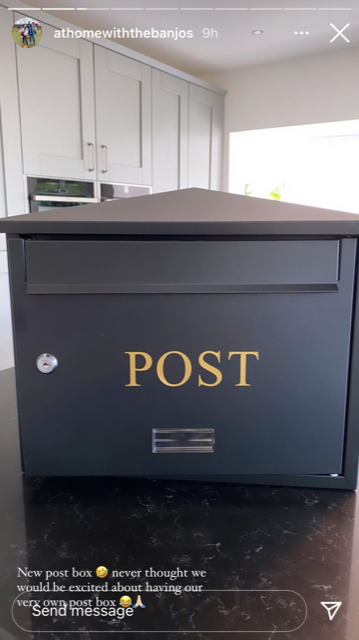 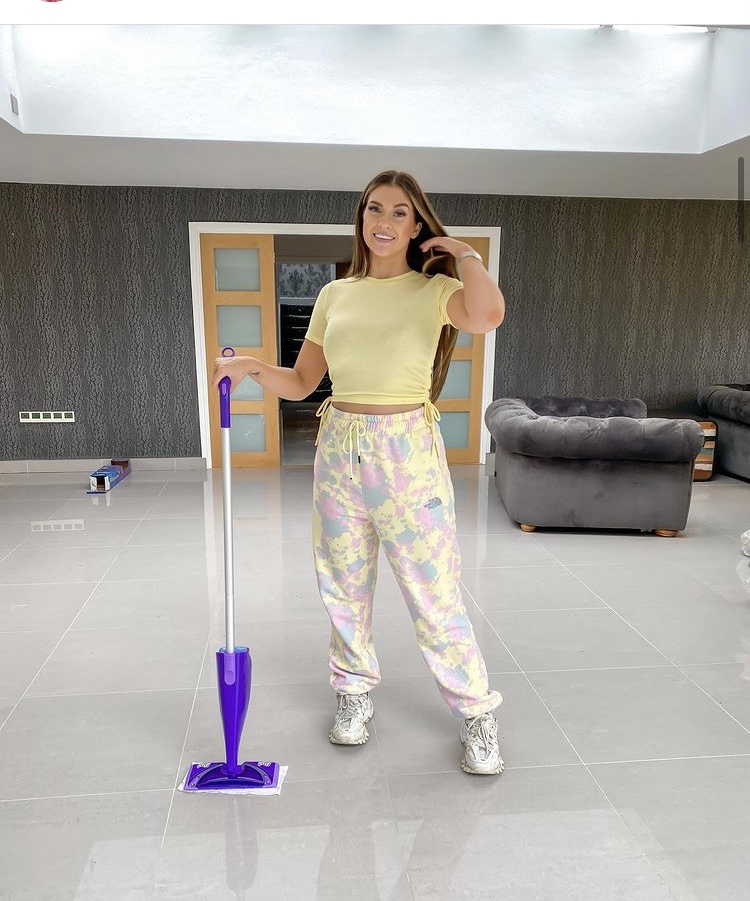 However, the shiny tiled floor perfectly complimented the patterned wallpaper, with cosy-looking charcoal-grey sofas already set up in one corner.

Jordan and Naomi got engaged in 2020 and plan to tie the knot next year.

The pair first met in 2013 at famous Towie haunt Sugar Hut, but did not start dating until two years later.