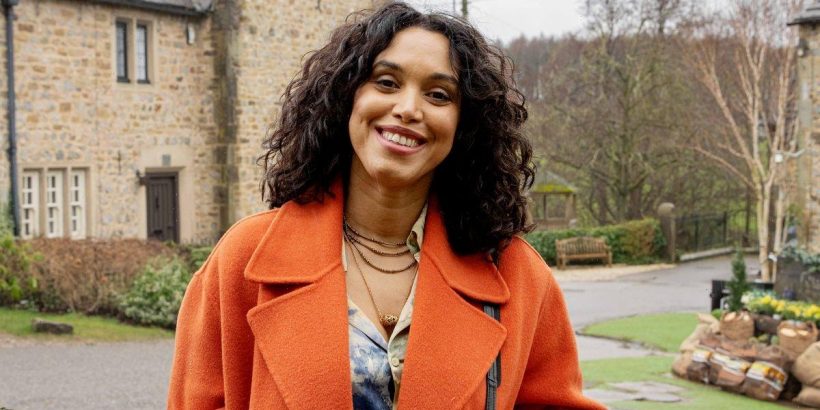 Emmerdale fans have been given a break from all the Meena Jutla mayhem recently, thanks to a blossoming new romance on the ITV soap.

Unlucky in love vet Vanessa Woodfield (Michelle Hardwick) is being wooed by newcomer Suzy Merton, who she initially clashed with over a cake.

The two have set up a date, and fans are already trying to work out what the mystery connection is between Suzy and wedding planner Leyla Harding.

So it looks like there's plenty of intrigue to come for the village newcomer.

But where have soap fans seen actress Martelle Edinborough, who plays Suzy, before?

Martelle has actually already been on Emmerdale, playing a doctor in 2018.

She also played Doctor Keely in Hollyoaks for three episodes in 2019.

She has also had three different roles in Emmerdale's sister soap, Coronation Street.

In 2018 she appeared in four episodes, playing the Court Clerk who officiated the trial of Anna Windass after she was charged of wounding Seb Franklin with intent to cause grievous bodily harm.

In 2019, Martelle had a more fun role, playing Jasmine Ridgeway, a talent scout at the Rovers Got Talent competition, for one episode.

Jasmine wanted to recruit Kirk Sutherland as a comedy act for a six-week Pontins tour, but he declined.

Unable to stay away from Weatherfield, Martelle was back in 2021 for three episodes as Alison Wray, a family liaison officer.

This time there was an even sadder Seb Franklin connection, as Alison was assigned to help Abi Webster after her son Seb was brutally murdered.

Martelle isn't hugely prolific on Instagram, but her profile does feature some of her previous roles, as well as her acting showreel.

And with plenty lined up for her Emmerdale character, it looks like she'll mostly be posting about the show for the forseeable future.