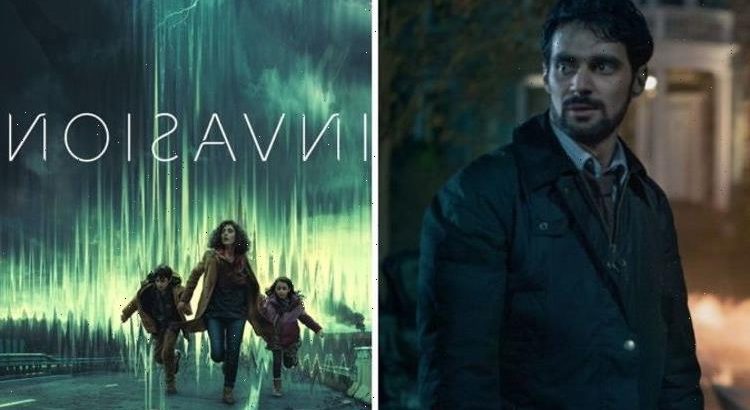 INVASION is the new science-fiction drama series on Apple TV Plus. Fans have now been introduced to all the major players of the series, with some more liked than others. Firas Nassar plays Ahmed, an unfaithful husband and father, forced to confront his shortcomings during a time of great chaos and conspiracy. Express.co.uk recently spoke to Firas Nassar about the challenges of taking on such an emotionally difficult character.

Invasion, created by Simon Kinberg and David Weil, is Apple TV Plus’ next science-fiction epic series.

Originally envisioned to be a new War of the Worlds adaptation, the show quickly outgrew its source material, becoming a much more character-driven story.

Detailing the impact of an alien invasion on a global scale, the show uses micro and macro storytelling to give audiences a sense of the personal effects of a cosmic war.

Broken into five separate storylines, each taking place in different locations around the globe, focusing on a different impact the war is having on humanity.

For Ahmed Malik (played by Firas Nassar), that impact is seen through his relationship with his family.

During the night before the aliens arrive, Ahmed is caught having an affair, something that bleeds throughout the remaining episodes.

His wife, Aneesha (Golshifteh Farahani), exposes Ahmed for his betrayal, leading to moments that are both awkward and emotionally devastating.

Speaking to Express.co.uk, Firas talked about the difficulties of getting into Ahmed’s mindset and show he tackled such a role.

Nassar explained: “It was surprising, it was shocking, it was hard for me. I just tried to find these kinds of points to understand [Ahmed].

“I wanted the understand the reasons behind what’s been happening with this guy.

“We have been discussing it a lot, [series director Jakob Verbruggen] and I, since the first episode, whether this controversial kind of behaviour was okay.

“He’s so human, he’s a human being like us, he has his highs and lows, he’s a normal person who is finding his way through the American Dream.

“The real question with [Ahmed] is whether his choices are subconscious or not, but I always try to find the place [the character] is coming from.

“I don’t think his choice to abandon his family came from a conscious decision, it came from a subconscious thought, it just happened.”

Throughout the first few episodes, Ahmed attempts to abandon his family numerous times.

The first time comes when his neighbours are leaving the area, and Ahmed tries to leave with them.

Nassar continued: “I wouldn’t even say he is processing his decisions; he’s not processing.

“This is what we tried to portray in Ahmed’s acts or behaviours that brought him to do this controversial behaviour or quote on quote abandoning his family.”

Ahmed’s journey throughout the show is balanced by his wife Aneesha, with the two of them fighting against one another constantly.

However, near the halfway point of the series, a horrific moment brings the two back together in the search for something that still holds them together.